Features Production Research
Hive density: Are you getting enough pollination? 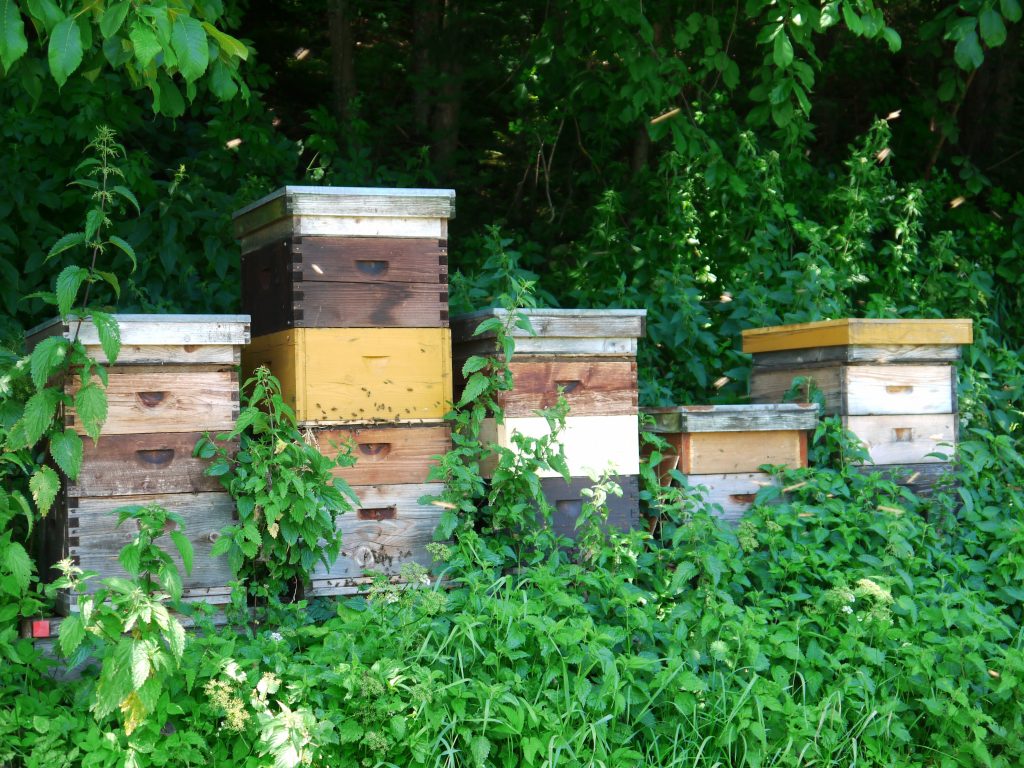 Researchers at Simon Fraser University in British Columbia are suggesting blueberry producers might want to re-examine the hive densities being used for pollination in their crops.

Researchers at Simon Fraser University in B.C. have suggested some fruit and vegetable producers might want to re-examine the hive densities being used for pollination in their crops – particularly blueberries.

Dr. Elizabeth Elle, a professor of biological sciences at SFU, and Lindsay Button, a masters student in Elle’s department, have been examining pollination in blueberries for the past two years.

“Pollination is important for the production of blueberries,” said Dr. Elle during a recent presentation at the Lower Mainland Horticulture Improvement Association’s (LMHIA) Grower Short Course held in Abbotsford, B.C. “We know that pollen must be moved among the flowers for you to get anything.”

The trick to blueberry pollination is the pollen needs to be shaken out of the flower, similar to how salt is applied from a saltshaker.

“It has to be vibrated out,” explained Dr. Elle. “Some kinds of wild bees, like bumblebees, are really good at doing this. It turns out that honeybees aren’t so good at it.”

Dr. Elle was quick to point out that this doesn’t mean that honeybees are not an essential part of blueberry crop production. The bees do visit blueberry flowers in order to drink the nectar and, by doing so, they do move some pollen, she said. But because the researchers knew about this pollination difference between certain kinds of bees, the first question they were interested in answering was, who is out there in these blueberry fields actually doing the pollination?

The second thing they wanted to know was if there was a pollination deficit – the reduction in yield a producer would experience because there’s not enough bees moving pollen from place to place in the field. To answer this question, the researchers established a control group of flowers that were open to the pollinators present in the research field they were working in. They also established a supplement treatment where they added pollen by hand.

“Because [blueberry] is buzz pollinated, we actually have to vibrate the flowers to get the pollen out,” said Dr. Elle. “That’s where an electric toothbrush comes in. Once we collect the pollen, we actually paint it on the flowers.”

Dr. Elle and Button were interested in two measurements: the number of fruit a producer can expect relative to the number of flowers they start with and how much those fruit weigh, which determines the profit. In the research plot, the pollination deficit was the difference between the supplemented flowers and the control flowers.

“If by adding pollen, we can increase the amount of fruit you get, that means you don’t have enough pollination happening in your field,” said Dr. Elle. “High deficits are bad.”

Button has been working for the past two years throughout the greater Vancouver, B.C., area conducting research trials in 37 different blueberry fields. The main varieties examined were Bluecrop and Duke, although some research work was done using Draper and Liberty.

Using observation, Button set out to answer the researchers’ first question: who is doing all the pollination work in these fields?

“Not surprisingly, most of the visits we’re seeing in blueberry in general are by honeybees,” she said. “Our second most prevalent visitors were bumblebees. We actually saw less than two to three per cent pollinator visits from other groups in general, such as flies, wasps, mason bees, or other types of bees around.”

Duke was the variety that received the most visits from all types of pollinators while Bluecrop and Liberty received more visits from bumblebees.

In terms of pollination deficit, Duke had the smallest deficit – around five per cent – followed by Bluecrop and Liberty, which had moderate fruit set deficits of around 10 per cent, Button said, adding that Draper had a deficit of upwards to 20 per cent in terms of fruit set.

“We only had two fields of this cultivar so we can’t say with absolute confidence that there is a pollination problem but it does appear that way,” Button said.

What does this mean in dollars and cents?

Using farm gate values from 2011, the researchers turned the differences in fruit set and fruit setting weight into pounds per acre lost due to insufficient pollination. As a result, Bluecrop, which had a fruit set deficit of around 10 per cent, had a loss of just less than 4,000 pounds per acre because of insufficient pollination. At 2011 values, that’s about $6,000 per acre lost in Bluecrop. Duke, which had the lowest deficit of any of the cultivars, had a loss of around 2,000 pounds per acre.

“If we extrapolate this out into values, that’s almost $3,200 per acre that could be earned from the Duke crop if you had maximum pollination,” said Button.

So why is there so much difference between the cultivars the researchers looked at?

According to Button, it has a lot to do with blueberry cultivar flower size and shape.

“We found that Duke flowers have larger openings,” she said.

This is important for honeybees, which have tongues shorter than the length of the flower, Button explained. If they can get their head into the flower opening easily, they can extend their reach so it’s easier for them to reach the base of the flower where the nectar’s located. Bluecrop, Draper and Liberty have much narrower flower openings, said Button, which makes it more difficult for honeybees to access the nectar.

“If you’re going out into your field and you’re seeing a bush actively buzzing with honeybees, it’s important to note that not all of these honeybees are necessarily doing what we call legitimate visits,” she said.

“Sometimes, we see honeybees come around the back of the flower, said Button. “They’ll bite a little hole in the base and they’ll stick their tongue in. They’re getting the nectar that they want but you’re not getting the pollination service you want.”

When the researchers monitored honeybee behaviour across all four cultivars, with Draper, Duke and Liberty, they found most honeybees that were visiting the flowers were doing legitimate visits, explained Button. In Bluecrop, with the smaller opening, 43 per cent of the honeybees visiting those flowers were not actively pollinating. “They’re robbing, they’re cheating, they’re getting their nectar without providing you with their services,” she said.

The take-home message for blueberry producers is that some cultivars appear to be more attractive to the honeybee than others because of flower shape, said Dr. Elle.

She also urged producers to consider the stocking rate for honeybees they are using in their fields.

“The province recommends that you stock your honeybees in your fields at the rate of two hives per acre,” said Dr. Elle. “We want to encourage everyone to do that. We noticed looking at our data that growers that had fewer than those two colonies per acre tended to have lower yield and those that put in more tended to have higher yields. Some of our growers put in as many as five colonies per acre.”

She also urged growers to consider ways of attracting bumblebees and other wild pollinators to their fields.

“Growers in Michigan plant wild flower meadows,” she said, adding the field doesn’t need to be too big. “They put in these flowers because the bumblebees are in these fields after bloom and they need something to eat after the bloom. If you do this kind of enhancement, they found that they increased profit, the amount of yield that they received, over time.”