April 6, 2017  By University of Florida Institute of Food and Agricultural Sciences 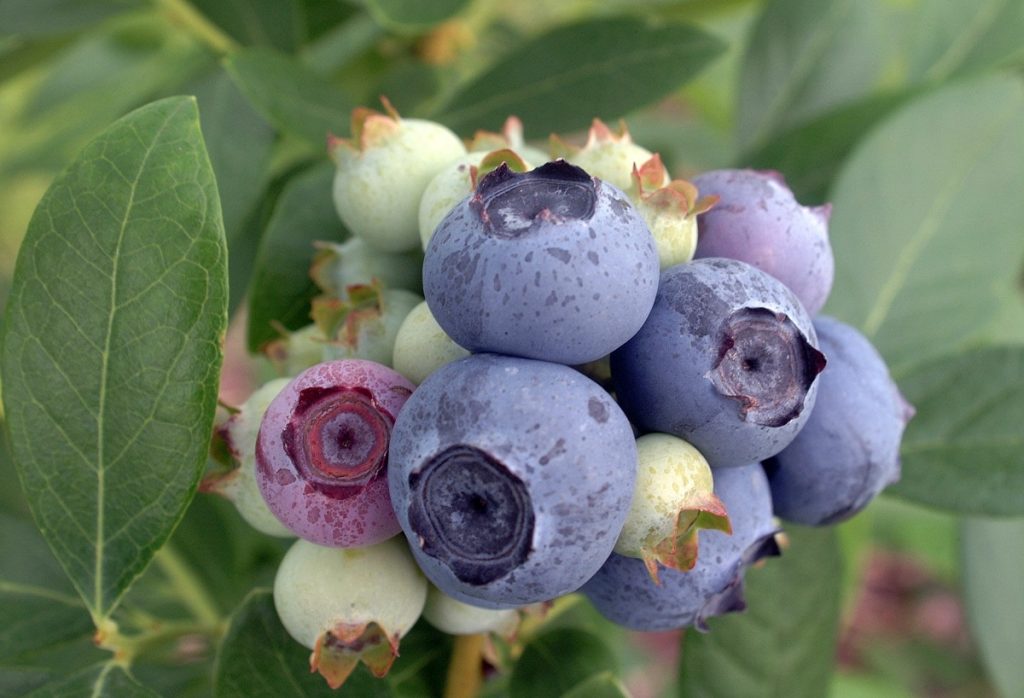 Like other fruit plants, blueberries need pollinators, such as bees, to grow. UF/IFAS

April 6, 2017, Gainesville, FL – Here’s something blueberry producers can buzz about – bumblebees can boost blueberry yield by 70 per cent, according to a recent study from the University of Florida Institute of Food and Agricultural Sciences.

The news also accentuates the need for blueberry pollinators, said Joshua Campbell, a post-doctoral researcher in the UF/IFAS entomology and nematology department.

After caging bumblebee hives with highbush blueberry bushes, researchers found that 70 per cent of the flowers produced blueberries, while less than 10 per cent of those without bumblebee hives produced blueberries. That’s helpful news for blueberry growers, said Campbell, co-author of a new study published in the Journal of Environmental Entomology.

“We think our findings are very relevant for growers who are growing blueberries in greenhouses and high tunnels,” Campbell said.

Like other fruit plants, blueberries need pollinators, such as bees, to grow. Farmers are growing increasingly dependent on western honeybees, scientists say. But bumblebees are more active in poor weather and pollinate highbush blueberries more, so researchers wanted to test bumblebees on a local blueberry farm.

In order to obtain a good commercial yield, a grower would need to augment the bumblebee population by placing hives within their fields, Campbell said.