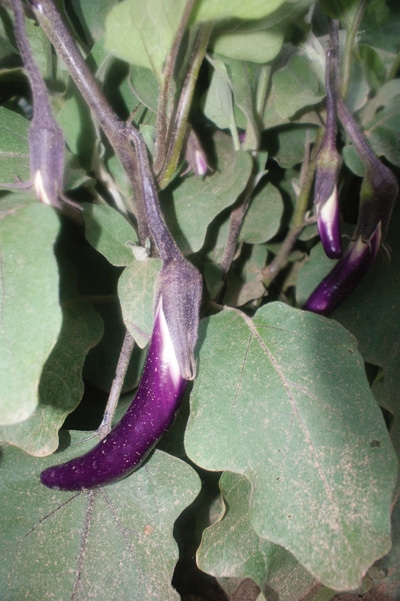 When it comes to market trends and predictions, Rob Hannam, president of Synthesis Agri-Food Network, a consultant company out of Guelph, Ont., hopes he has the pulse of the future.

Hannam was recently in Nova Scotia to share with fruit and vegetable producers what he sees as the trends facing horticulture and the agri-food industry in 2012 and how growers can benefit from them.

According to Hannam, the top issues he sees influencing the horticulture industry in the future can be broken down into four main topics: food trends, sustainability programs, food safety and traceability, and mobile technology.

Food trends
“The only way to look at food trends is to look at the ups and downs,” he said, adding there are always more positives than negatives.

One of the main “ups” currently affecting agri-food is population growth, said Hannam.

“In the big picture, we have more and more people in the world to feed,” he said. “There were seven billion people in 2011 and there will be 9.3 billion by 2050. In the next 50 years, the world’s farmers will need to produce as much food as has been consumed since the beginning of humanity.”

Along with the increase in population will come the aging of the baby boomer generation, Hannam said, adding with aging comes a shift towards smaller portion sizes, more concern about what people are eating, dietary restrictions and health concerns.

“I see this as creating opportunities for fruit and vegetable producers,” he said. “I think there’s an opportunity to tap into that market.

“I see new segments, new needs and opportunities for [growers] to cater to those needs. Maybe it’s different varieties or different crops. I see that trend toward whole food, real food, coming back from the past.”

Consumers are also asking a lot more questions about the foods they are eating, said Hannam. And they are not necessarily receiving clear answers.

“When you look at food labels on the grocery store shelves, there’s all kinds of new terms that weren’t necessarily on all the labels five or 10 years ago,” he said. “There’s a lot of marketing spin in this area. I see products labeled as naturally produced and I’m thinking ‘What do they mean by that?’ There’s lots of confusion in the marketplace.”

“I’m not here to promote organic,” he said. “But I think it highlights a real need with consumers. Maybe there’s an opportunity to go after this market.”

But he added it’s not the only option open to growers.

Linking into this is the movement toward buying local, a food trend Hannam believes is here to stay. But while he sees it growing and helping the fresh market, he is uncertain whether there will be any benefit for the processing fruit and vegetable sector.

“We’re seeing a resurgence in farmers’ markets and more people heading that way,” he said. “It will never replace the vast majority of purchases [but] it builds awareness and hopefully that awareness can translate into buying habits being changed.”

The major grocery retailers are also jumping on board with the buy local movement, said Hannam, adding that Wal-Mart has pledged to have 30 per cent of its produce “assortment” sourced locally, with local defined as being produced in province.

“The bottom line is that whether their motivation is to reduce their costs of shipping or to be perceived as a green company, they’re going to buy some local food,” said Hannam.

“Lots of those folks who are coming to Canada … have different eating habits,” said Hannam, adding some of their food cultures are vegetable based. “And there’s an opportunity.”

Even though the majority of these new Canadian citizens are landing in large cities, such as Toronto and Montreal, some are settling in the Atlantic provinces, said Hannam.

“Based on 2010 data, 30 per cent of the immigration population in Nova Scotia were African and Middle East, and 28 per cent were Asia and Pacific,” he said, adding that Canadian producers should be considering production of ethnic vegetables.

“Replacing imports should be a huge strategy for Canadian producers,” Hannam said. “If you look out at Canada’s population growth in 20 or 30 years, this is huge. I really think we need to shift the crops we’re growing from just the potatoes, carrots and corn that we grew up on to a lot of other crops that maybe aren’t common.”

Of course, on the negative side of food trends is the movement toward cheap imports.

“It is a competitive market,” said Hannam, adding that many of these cheaper imports are produced using cheap labour and less regulation than Canadian produce. “I think in time that will correct itself but that’s not going to help you this year.”

Other negatives affecting food trends in Canada are the country’s fragile economy and increased competition, said Hannam, adding that production system preferences can be viewed as either a positive or a negative in food trends.
“It gives you an opportunity to differentiate your practices or change your practices or the need to explain and defend what you do, how you do it and why,” he said.

According to Hannam it comes down to three main reasons: cost savings, pressure from non-government organizations (NGOs), and brand advantage.

“Initially, these sustainability platforms are really around their own manufacturing plant and their stores,” he said. “The next phase … is to go back to the farm.”

Some of the main companies leading the sustainability charge include McDonald’s, Wal-Mart, McCain Foods, Unilever, and PepsiCo.

“PepsiCo has the Tropicana brand of orange juice,” explained Hannam, adding the company recently decided to measure its carbon footprint. “They determined that the largest single source of carbon emissions in orange juice was the fertilizer use and application. Sixty-two kilograms of the carbon footprint for a jug of Tropicana orange juice came from the agricultural practices.”

In light of this, PepsiCo launched a three-year fertilizer study in an orange grove in Florida examining two different types of fertilizer – an organically based fertilizer and a standard, slow release nitrogen product, said Hannam.

“This is on the radar of these large food companies, how we use fertilizers, pesticides in our crop production,” he said.

“At the end of the three-year trial, we’ll see whether their orange growers are encouraged to adopt one or the other of these fertilizers.

“The big point is there’s going to be more input into your crop inputs; more people watching what you use and how you use it. And more need for you as an industry sector to document.”

He admitted when he was first introduced to food safety documentation, he felt the company was replacing common sense with a paperwork system.

“These things we do are the right thing to do and it’s just common sense that we would check this or check that or measure this or don’t do that,” Hannam said. “But as you expand the workforce and you have different people involved in the oper

ation and as your food travels further, you need to really make sure this is something you adopt and embrace.”
He likes food safety systems for two reasons: they raise awareness of food safety with everyone in the operation and they build a continual improvement culture.

“There’s more regulation and more systems approach coming to your farm soon,” Hannam said. “This breeds a nice, healthy continual improvement approach. I do recommend it if you’re not already part of it or investigating it. They are here to stay, these programs. Requirements will likely increase. Get on board.”

Mobile technology
“In my opinion, mobile technology is set to boom for agriculture,” said Hannam. “You guys are mobile managers. You’ve got a crop production operation. It can really help you.”

These include SellSmart, an app created by the Grain Farmers of Ontario to help farmers sell their corn, soybean and wheat crops; a plant population app created by Dekalb to help growers calculate the settings needed on their seeder to produce a set plant population, and ScoutDoc, an iPad app that lets the user do field scouting and recordkeeping in the field using GPS maps.

One consumer based app Hannam thought would be useful for fruit and vegetable producers is HarvestMark, a service that helps connect growers to the end consumer of their product. With foods that carry the HarvestMark brand, customers can use their smartphones to scan the bar code. If the product has been HarvestMark certified, that bar code would link back to information about the food safety or production of that particular package of product.

“So it links and connects the farmer,” said Hannam. “You could have a great story about your farm, the history of your operation, you could have the details of where it was produced and how. This is a glimmer of the kind of connection we can have with our consumers now with these devices.”

He wished everyone a safe and successful 2012 season and urged them to consider the four trends he sees affecting horticulture in the future.

“It’s a tough competitive market but I see more ups than downs,” said Hannam. “Try to find the ups that fit your operation. Try to find those crops or markets that can work for you, whether you need to stay the same size or get bigger. Just find the sweet spot for you and your farm operation.”