October 24, 2008, Vancouver, B.C.
– The union movement among migrant workers in British Columbia is
growing, with the first two farms granted certification by the labour
board.

October 24, 2008, Vancouver, B.C. – The union movement among migrant workers in British Columbia is growing, with the first two farms granted certification by the labour board. 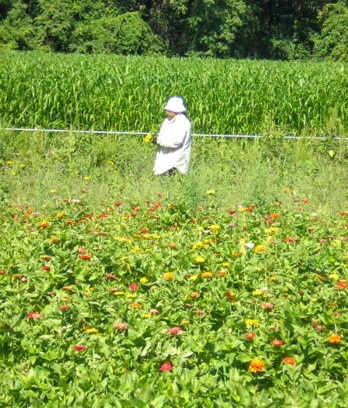 Workers on 20 more farms are now interested in joining the United Food and Commercial Workers, according to the union.

But a recent move by employers might put the relationship between migrant workers and the union in jeopardy.

The British Columbia Agriculture Council, which represents the interests of the agriculture industry, questions the right of migrant workers to unionize under the B.C. Labour Relations Code.

The council argues that the code does not constitutionally apply to migrant workers, who come to Canada as part of a federal program that operates under the terms of agreements negotiated by Ottawa with the workers’ home countries.

“We feel there is a very legitimate question related to the jurisdiction and applicability in this situation and with respect to this particular program,” he said.

Such arguments are far removed from the B.C. farm fields, where workers like Rogelio Larios are employed.

Larios worked on an Abbotsford blueberry farm this season. He’s saving money to help finance a handmade jewellery business to support his two daughters in Mexico. The living and working conditions on the blueberry farm are good, but he would like his farm to unionize, he said.

“He wants to have a better future for his daughters,” said Jamie Block, translating for Larios. “In Mexico, where he currently lives, there is no work.”

Stan Raper is UFCW national co-ordinator of the Agricultural Workers Alliance, which operates seven migrant-worker support centres across Canada, including two in B.C.

“A number of workers from throughout British Columbia either call or drop in to our centres, Kelowna or Abbotsford, in order to get translation services (for) income tax, parental benefits, workers compensation cases,” he said.

Nearly all of B.C.’s migrant workers are from Mexico, and few speak English. When they come to a support centre to find someone to translate Canadian bureaucracy and file their paperwork for them, they are educated about their right to unionize.

The BCAC filed its application to the B.C. Labour Relations Board on Sept. 29, asking the board to reverse the union certifications already granted. The union rejects the BCAC’s argument that the right to unionize does not apply to migrant workers.