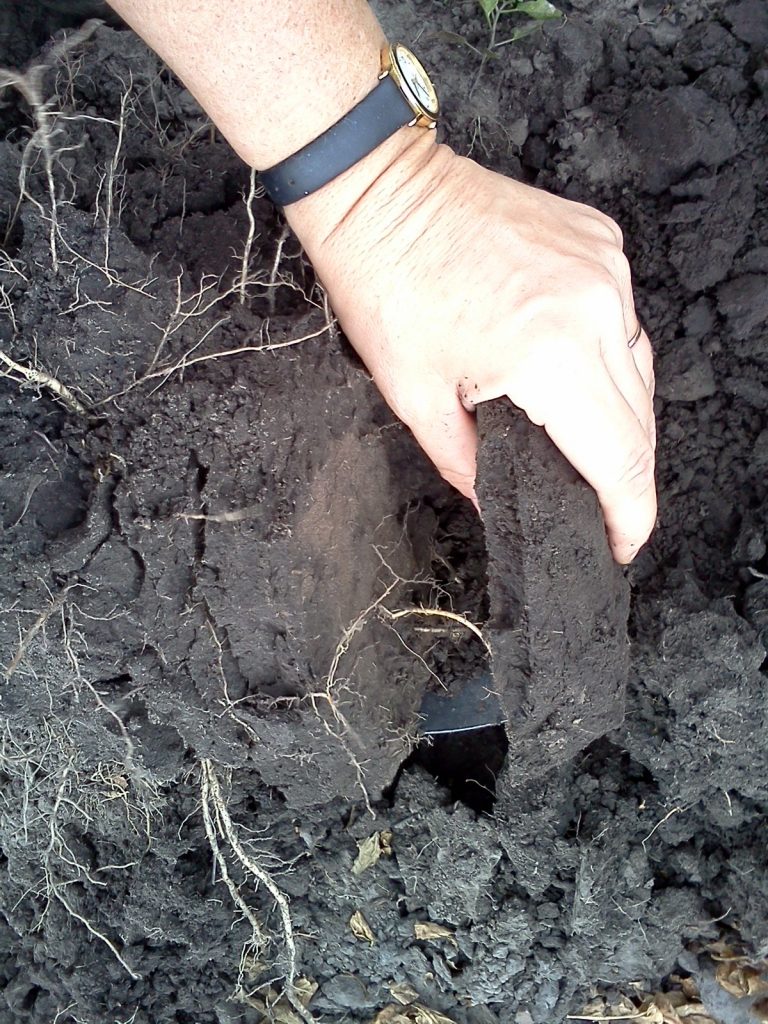 While one root did get through the compacted layer under this tomato plant, most did not, resulting in a smaller plant and less yield. OMAFRA

September 24, 2012, Ridgetown, Ont – Tomatoes and soil compaction – yep it is really out there. Not a big surprise after the wet weather and soggy soil conditions of 2011. A dry year like 2012 shows all the weak spots in fields. However, we have been seeing a lot of soil compaction in tomato fields and getting reports of restricted root systems.

Tomato soils are perfectly situated for compaction. Generally tomatoes are grown on the lighter soils – sandy loams, loams and possibly the lighter end of the clay loams in some cases. All soils in Ontario are a mixture of soil particle sizes – but loams and sandy loams probably have the largest range of particle size. This is important because it helps to explain why they compact so beautifully. Consider how we make roads – a mixture of sand and gravel for the base, add some water to allow the sand and gravel to slide and pack tighter then finish with some vibrating heavy equipment. Sounds a lot like most mechanized harvest operations. READ MORE