September 17, 2019  By The University of Saskatchewan 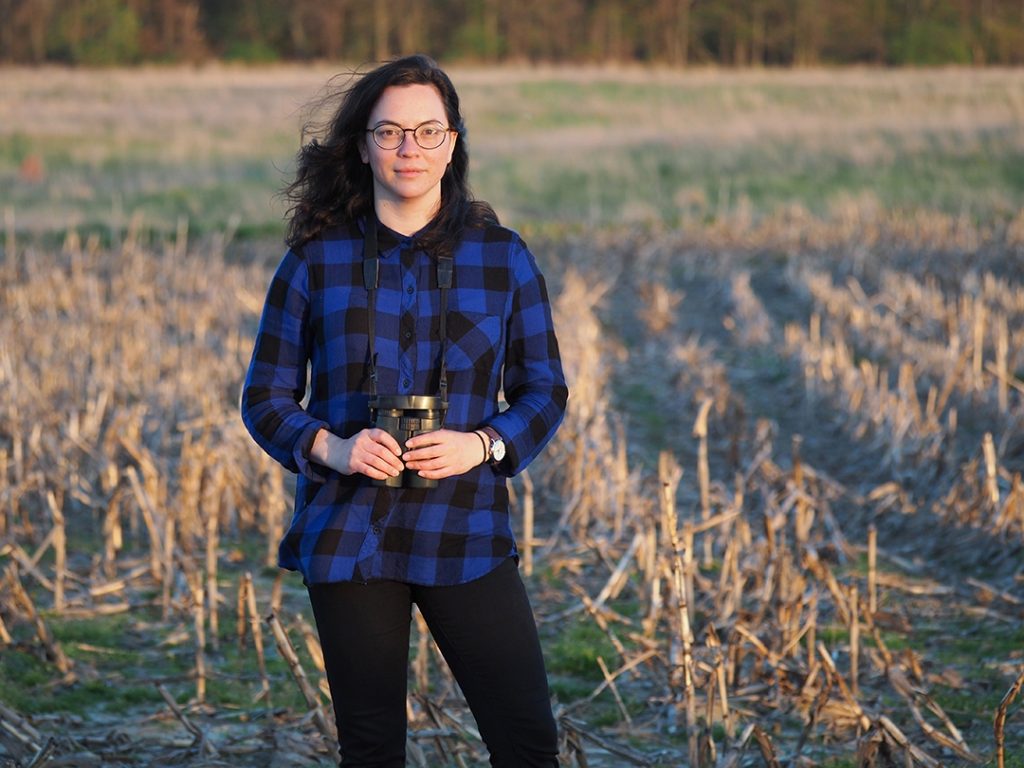 Margaret Eng in the field. USask

New research at the University of Saskatchewan (USask) shows how the world’s most widely used insecticides could be partly responsible for a dramatic decline in songbird populations.

The study, to be published in the journal Science on Sept. 13, is the first experiment to track the effects of a neonicotinoid pesticide on birds in the wild.

The study found that white-crowned sparrows who consumed small doses of an insecticide called imidacloprid suffered weight loss and delays to their migration—effects that could severely harm the birds’ ability to survive and reproduce.

“We saw these effects using doses well within the range of what a bird could realistically consume in the wild—equivalent to eating just a few treated seeds,” said Margaret Eng, a post-doctoral fellow in the USask Toxicology Centre and lead author of the study.

Eng’s collaborators on the research were biologist Bridget Stutchbury of York University and Christy Morrissey, an ecotoxicologist in the USask College of Arts and Science and the School of Environment and Sustainability.

Neonicotinoids are the most commonly used class of agricultural insecticides. They are often applied as a seed coating or as a spray on most major crops worldwide. Although the toxic effects of neonicotinoids were once thought to affect only insects, most notably pollinators such as bees, there is growing evidence that birds are routinely exposed to the pesticides, with significant negative consequences.

“Our study shows that this is bigger than the bees—birds can also be harmed by modern neonicotinoid pesticides, which should worry us all,” said Stutchbury.

Until now, researchers had not been able to assess what happens to pesticide-exposed birds in the wild. The USask and York scientists used new lightweight tagging technologies and a collaborative research network called the Motus Wildlife Tracking System to track the effects in the sparrows’ natural habitat.

The researchers exposed individual sparrows to small doses of the pesticide—imidacloprid—in southern Ontario during a stopover on the birds’ spring migration. Each bird’s body composition was measured before and after exposure, and a lightweight radio transmitter was attached to the bird’s back to track its movements in the wild.

Birds given the higher dose of the pesticide lost six per cent of their body mass within just six hours. That one dose also caused birds to stay 3.5 days longer, on average, at the stopover site before resuming their migration, compared to control birds.

“Both of these results seem to be associated with the appetite suppression effect of imidacloprid. The dosed birds ate less food, and it’s likely that they delayed their flight because they needed more time to recover and regain their fuel stores,” said Eng.

Because the researchers used controlled dosing, they were able to confirm a cause and effect between neonicotinoid exposures and delayed migration, not just a correlation that is more typical of field studies.

In North America, three-quarters of bird species that rely on agricultural habitat have significantly declined in population since 1966. The results of the new study show a mechanism by which pesticides could be directly contributing to this drop-off.

“Migration is a critical period for birds, and timing matters. Any delays can seriously hinder their success in finding mates and nesting, so this may help explain, in part, why migrant and farmland bird species are declining so dramatically worldwide,” said Morrissey, senior author of the study.

The three researchers examined the effects of neonicotinoids in a previous study using captive sparrows. The new research reinforces the weight loss effect seen in that 2017 study. Captive birds in the earlier study were also found to become disoriented as a result of neonicotinoid exposure.

“We didn’t see that result in wild birds here,” said Eng. “In the real world, birds likely avoid migratory flight while recovering from the effects of the toxin.”

Funding for the research published in Science was provided by the Natural Sciences and Engineering Research Council of Canada (NSERC) Discovery Grants Program, the Kenneth M. Molson Foundation, the NSERC Research Tools and Instruments Grants Program, and a Mitacs Accelerate Fellowship in partnership with Bird Studies Canada.