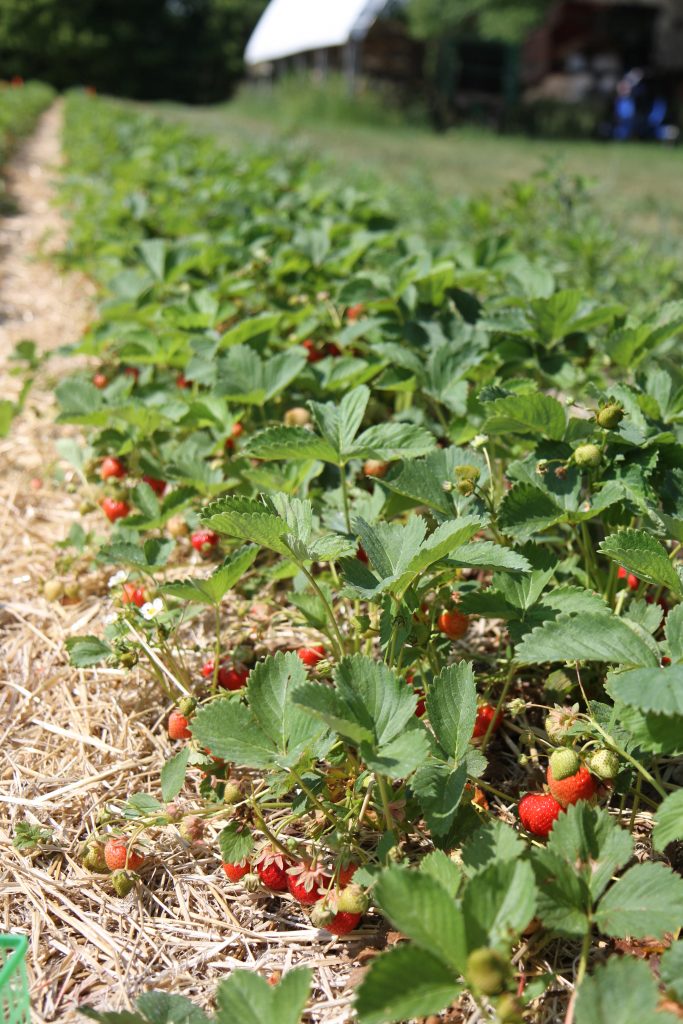 The "Red Merlin" is a new variety to Meadow Lynn Farms for the 2021 season. All photos by Alex Barnard.

It’s pick-your-own strawberries season in Ontario once again, and business was already booming on June 11 at Meadow Lynn Farms in Simcoe, Ont.

“The season is wonderful,” says Sharon Judd, co-proprietor of the mixed farm with husband Fred and son Thomas, and manager of the strawberry pick-your-own and farm stands. “It actually surprised us in that it’s caught up – we’re early this season, four days earlier than last year. The berries are coming on fast and furious. We need people to come on out to the farm to get the berries, because this heat is summer heat. This isn’t spring heat.”

Judd notes that the weather extremes – the prolonged frost concerns of early May and the hot, dry spell of recent weeks – have been unexpectedly beneficial to the crop, but more rain and less heat are needed for the berries to last the typical month-long season.

“For us, we watered over that dry spell in May. We had to frost-protect seven nights out of nine, so they’ve actually had a lot of water,” she says. “And so, we’re not seeing the drought stress that much. But now that the plant has put on so much fruit, and it’s just fruiting, it needs an inch a week, and all that stored water and all that stuff we gave them back in May is long gone, so we’re going to have to turn around and water everything if we don’t get a rain this weekend.”

“The berries are ripening day and night. Our first varieties, we’re getting two picks in one – it’s just wonderful. The size is great. If Mother Nature does not give us water, we’re going to stop, we’re going to irrigate everything just so it can have a good drink. But if this heat keeps up, people have to keep coming out and getting their berries because it actually will shorten the season for us.”

“The crop actually looks fantastic,” Judd adds. “I still have my latest varieties putting out some bloom now. So that means, as long as we can cool off a bit, we should have berries for the next four weeks. But it all depends on what the weather does.”

This past weekend saw temperatures dip, which should help to slow the rapid fruit set somewhat, but the rain remains elusive.

“I mean, us farmers, we have that direct line where we’re never happy,” Judd jokes. “But I don’t want three inches [of rain] all at once, like some folks got [last] week. That does a lot of damage to strawberries – softens them up and really takes a toll on them. So, I’d rather irrigate a little bit and skip those heavy, heavy downpours; but another cool, all-day rain would be lovely.” 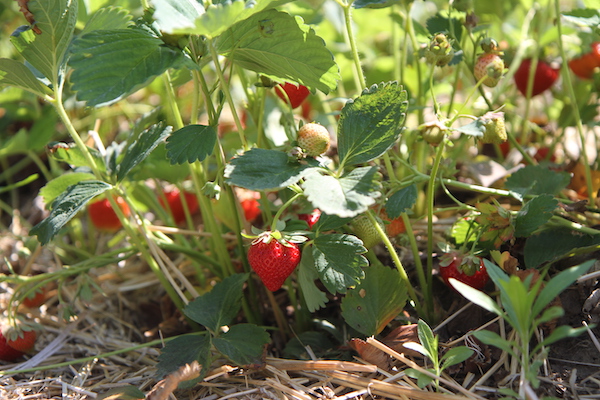 Strawberries are the first widespread pick-your-own crop of the growing season, and with the continuing necessity of COVID-19 pandemic regulations, it’s once again on strawberry growers to play guinea pig for any new safety guidelines. That being said, Judd says there weren’t many changes – mandated or self-directed – to be made this year.

“It’s fairly similar to last year. We doubled our staff last year; we put a thousand stakes out in the field so we could physically distance everybody and not have anyone too close in the field,” she says.

“We tweaked some things – actually, this year, we’ve instituted a pay-before-you-pick, and that eliminates the line-ups to cash out at the end, washing hands before you touch money, all of those kinds of things. People just pay, pick all they want and then leave. Well, pick what they paid for. But we haven’t had too much pushback from that. People are really happy to be able to just pick their berries and go home.”