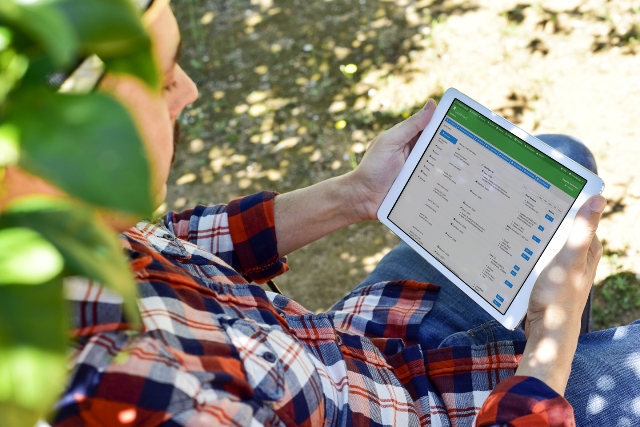 June 6, 2017, Kingston Ont – Farming is a complex business, and keeping track of everything can sometimes be troublesome, if not a bit overwhelming.

With this in mind, Kingston-based software company Dragonfly IT developed Croptracker – a multi-faceted, cloud-based monitoring system designed to give fruit and vegetable growers real-time updates on their businesses.

“Croptracker offers an easy-to-use software package that monitors growing practices throughout the season,” said Matthew Deir, company founder. “Growers sign up for our system and can access all of their daily inputs from one central hub. It helps both traceability and cost saving.”

The software itself is a consolidation of similar systems previously developed by Deir’s company, including Fruit Tracker, Apple Tracker, and Nursery Tracker. By combining these and several other systems, he says, Dragonfly IT has tried to make the software useful for all growers of all kinds.

He also emphasized that Croptracker is “literally grower-built,” being the result of “thousands of hours meeting with growers and learning what their needs were.”

The Croptracker cloud system allows growers to map how their crop is produced – what time it was planted, what inputs went into it, and so on – as well as where it came from. According to Deir, the software can literally trace each basket of product back to the field from which it was harvested, and potentially, even the person who harvested it.

Croptracker can also be used as a human resources interface, helping keep track of employee time and activity. There’s even a “punch clock” feature that can show growers who is doing what, for how long, and when. By being able to see how long it takes to perform different tasks, Deir said farmers can pinpoint where their costs are coming from, and if necessary, investigate why.

At the end of the growing season, the Croptracker system can also help monitor how good – or bad – the harvest was at different times and from different parts of the farm. Giving an opportunity for contrast and comparison, Deir said, means growers can further distil the potential sources of any yield discrepancy they might encounter.

Approximately 1,000 farmers currently have access to the software for free (their producer associations buy the rights on their behalf), but individual growers can still access Croptracker on a pay-per-package basis.

And it’s not just Ontario farmers who can use the service either; growers producing more exotic fruits in places far afield have also shown interest – most recently, for example, a New Zealand avocado grower.

“I never thought about [the software] working for that kind of crop, but the farmer definitely thought otherwise,” Deir said.