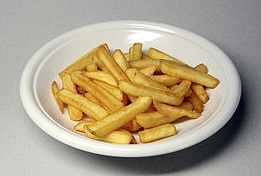 The research, conducted by Datassential, a food industry market research firm, and sponsored by Bayer CropScience, shows that nearly half (43 per cent) of consumers surveyed report they increased their potato consumption last year. Forty-six per cent report eating potatoes several times per week at home or away from home, with 14 per cent eating potatoes daily or more than once a day.

These and other insights were released by Datassential director Maeve Webster. Late last year, the firm fielded proprietary research into trends impacting potato consumption on behalf of the National Potato Council (NPC) and Bayer CropScience. Bayer CropScience is teaming up with the council to provide tools and support that will help potato growers and others within the industry improve their business by understanding and connecting with key stakeholders, such as consumers and food-industry operators.

“It’s clear that consumers like potatoes; however, to a large degree, potatoes have been left behind in all the innovation in the food-service industry,” Webster said. “Potatoes can work well in a variety of ethnic dishes, and their popularity with consumers and potential profit margins should make them extremely appealing to operators. This research and other trends we’ve been tracking indicate a significant opportunity for potato growers and processors to help reignite the industry’s passion for potatoes by working more closely with operators to create consumer demand.”

In restaurants, consumers would like to see potatoes more often as a side plated with an entrée (65 per cent). Other areas for growth on the menu include as a main ingredient in appetizers (46 per cent), as an à la carte side (44 per cent) or as an ingredient in beef entrees and in breakfast entrees, both at 43 per cent.

Webster’s presentation at Potato Expo 2013, the annual gathering of the U.S. potato industry, followed another Bayer CropScience-sponsored event – social media training for the potato industry and a panel discussion by growers who use social media to enhance relationships and drive sales.