Features Production Research
Potato board informed there’s to be no research examining asthma, pesticide use

there’s to be no research examining asthma, pesticide u

There will be no more studies
exploring a possible link between pesticide use and asthma on Prince
Edward Island since research agencies refuse to provide funding, says
the Island’s chief health officer. 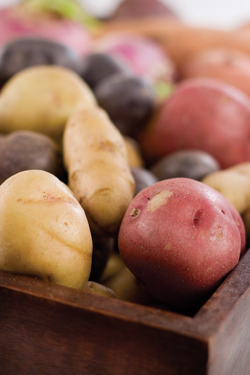 There will be no more studies exploring a possible link between pesticide use and asthma on Prince Edward Island since research agencies refuse to provide funding, says the Island’s chief health officer.

At the P.E.I. Potato Board annual meeting, held mid-November in Charlottetown, Dr. Lamont Sweet said research agencies refuse to fund local studies on pesticide use and asthma because the agencies don’t recognize a relationship between the two.

“When we were looking for major research funding agencies to provide for (a study) on this, they told us to get lost,” Sweet said. “The information we’ve got just doesn’t point to a strong enough relationship for them to feel that they should fund us.”

P.E.I. has the highest rate of admissions to hospitals for asthma-related symptoms in the country. Sweet and his colleagues performed a number of studies in the 1980s, determining that peaks in asthma admissions occur in April and the fall, particularly in September.

While Sweet cannot rule out pesticides as a possible cause for the high asthma rate on the Island, he notes that a connection hasn’t been found. The bulk of pesticide spraying occurs in July, which is also the month when hospital asthma admissions are at their lowest. Meanwhile, spraying is low on P.E.I. in April when asthma admissions peak.

As the treatment of asthma improved in the 1990s with the widespread use of inhalers, there was a tremendous drop in the number of days patients were admitted to P.E.I. hospitals for asthma. Some people have suggested a decrease in pesticide use caused the downward trend. This isn’t true, said Sweet.

“We know that from 1993 to 2000, while the rate of asthma was plummeting about 60 per cent, the rate of the amount of pesticides has gone completely in the other direction,” he said. “So at least we can say that the decrease of the severity of asthma and hospital admissions isn’t due to the fact that there was less pesticide use overall in the province.”

“We don’t really know, that’s the situation,” he said. “Research funding agencies just look at our information and wonder what we’re so worried about,” Sweet added. “They don’t want to fund something they’re not comfortable about.”

Sweet said he doesn’t fully accept the research agencies’ stance, but he understands their reasoning.

“We would have liked to have done more, but we realize it’s very complicated to do studies,” he said. “What we would be looking at would be very time consuming, very expensive. We would have loved to do (a study), but now, it’s just completely turned down, and frowned upon.”

Sweet said he believes the rate of admissions to hospitals for asthma-related symptoms has decreased so much that P.E.I. could be nearing the national average. Sweet said he should see the 2003 rates within the next couple of months, and then he’ll know for sure if there has been improvement.