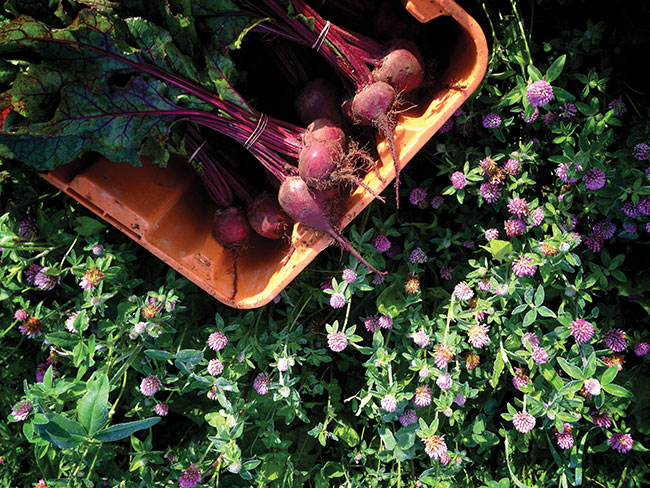 The Canadian Organic Standards are updated every five years to respond to changes within and outside the sector.

What are the Canadian Organic Standards (COS)?

The COS are industry standards that guide the organic production and certification process through a set of organic principles and management practices as well as permitted substances lists. While the standards are owned and enforced by the Canadian General Standards Board (CGSB) and the Canadian Food Inspection Agency (CFIA) respectively, they are written in collaboration with organic industry stakeholders and eaters. Therefore, the organic sector determines the standards that best reflect the principles of health, ecology, fairness, and care that guide organic agriculture.

Why and how are the COS updated?

The COS must be updated every five years to clarify standards that were causing confusion, to respond to changes within and outside the sector, and to conform with best practices from trading partners such as the United States and the European Union.

In June 2018, the Organic Federation of Canada (OFC) initiated the review process by inviting farmers, members of the public, and industry stakeholders to submit their proposed changes to the standards in the form of petitions.

From September 2018 to March 2019, various working groups, made up of volunteer experts, met to discuss and debate the petitions.

The working groups forwarded their recommendations to the Canadian General Standards Board’s Technical Committee on Organic Agriculture. The Technical Committee is comprised of voting members representing various interests within the organic sector, including producers, members of the public, regulatory groups and more. The Committee reviewed the recommendations, and the CGSB released a draft of the proposed changes to the Standards for public consultation in summer 2019.

What are the proposed changes that affect fruit and vegetable producers?

Many of the revisions to the COS have been definitional. For example, the words “synthetic” and “non-synthetic” have been mostly replaced in the COS by terms that better specify substances that are allowed in production.

Similarly, definitions and terms related to the treatment, priming, pelleting, and coating of seeds were added, replaced, or clarified. This change added more clarity and transparency to the definition of seed treatments acceptable under organic principles. The definition of genetic engineering has also been modified to reflect new technological advancements such as gene editing that are prohibited under organic production.

More directly, the Permitted Substances List for crop production now specifies in greater detail the extent to which microbial products, struvite, synthetic preservatives for seaweed extracts, synthetic micronutrients, silicon, silica and silicates can be used. Changes in the presentation of lists were also made for ease of use and interpretation.

Proposed changes to parallel production were among the more controversial in the working group discussions. Previously, parallel production of visually indistinguishable crops (i.e. organic kale grown alongside conventional kale) was only allowed in exceptional cases such as already planted perennial crops, seed, transplants, and vegetative propagating materials, and agricultural research facilities. The new proposal reflects a compromise in which parallel production is allowed for “annual crops harvested during the last 24 months of the transitional period, when fields are added to existing farms” (Section 5.1.4). The change is meant to allow operators to expand production by adding a transitional field to their certified organic farm, without having to introduce a new, different crop to their rotation, or having to set up a separate business entity to manage this land. With this change, the operator can maintain organic certification for their operation as long as they satisfy the special conditions described in the standard, including maintaining the identity of the crops at all stages of production, and being subject to additional inspections and audits.

The change is meant to allow operators to expand production by adding a transitional field to their certified organic farm, without having to introduce a new, different crop to their rotation, or having to set up a separate business entity to manage this land.

By far the most controversial propositions belonged to the greenhouse working group. Some changes were introduced in the form of specifications to hydroponic and aeroponic prohibition, such as clear soil volume requirements for all crops as well as minimum levels of minerals.

By far the most controversial propositions belonged to the greenhouse working group.

Where previously, artificial light was only allowed as a supplemental source of light, a proposed provision for 100 per cent artificial light for crops harvested within 60 days was submitted to the Technical Committee. This proposal reflected the opinion of those who questioned the viability of using just sunlight in settings that are more urban or in the North.

As part of the public review process, La Filière Biologique du Québec launched a petition in September of 2019 to make known their concerns with proposed modifications that “would make it possible to grow vegetables, herbs, and berries in closed warehouses, in small volumes of soil, with 100 per cent artificial lighting.”

The petition garnered the support of over 11,000 signatories by the public comment deadline. Due to the overwhelming response, and after more discussion, the greenhouse working group has asked the Technical Committee to remove the proposal. However, an exemption has been added for those who wish to start annual seedling transplants in spring or winter to be transferred outdoors in later months.

With a proposed publication date of November 2020, the OFC, working groups and the Technical Committee are hard at work to resolve any outstanding issues and to ensure that the revised standards reflect the best that Canadian organic has to offer. Keep an eye out for more COS review updates on the OCO website, through OCO’s #YourStandardsYourSay series and on the OFC website.

Tom Piekarski is a policy and research coordinator for the Organic Council of Ontario.