One grower hopes for communication that there will be a reassessment period that will see Canada's borders open to temporary foreign workers in the near future. 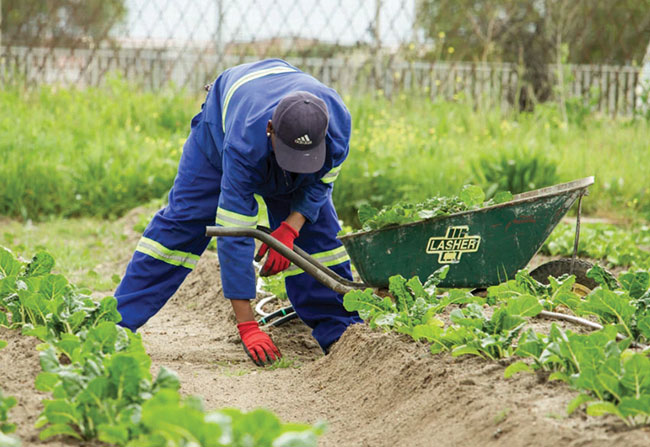 Canadian agriculture producers face labour uncertainties ahead of the upcoming growing season due to a recent announcement that will see Canada close its borders to foreign nationals because of the global coronavirus (COVID-19) pandemic. The announcement will result in Canada’s temporary foreign workforce, an integral part of the sector’s growing season, being left on the other side of the border.

Update: As of March 20, temporary foreign workers, including seasonal agriculture workers, will be allowed to enter Canada after observing a 14 day period of isolation. Logistics are still being sorted out by industry groups.

Borders tighten in response to pandemic

Beginning Wednesday, Mar. 18, 2020 at 12:01 a.m. EDT, the Canadian government will restrict foreign nationals from all countries except the United States from entering Canada. The escalation in protective measures comes as the impact of COVID-19, a novel respiratory disease, is felt around the globe.

The announced travel measures do not apply in designated exceptional circumstances, including to air crews, travellers arriving in Canada in transit to a third country, Canadian permanent residents, diplomats, or immediate family members of Canadian citizens, according to the government’s statement.

The importance of temporary foreign workers

While Canada’s travel restrictions are warranted given the severity of the pandemic, uncertainty looms for agricultural producers who rely on foreign workers.

The list of “exceptional circumstances” allowing non-Canadians in does not include the temporary foreign workers coming to Canada to work during the growing season.

Currently foreign workers make up 17 per cent of the agriculture sector. Canada’s Seasonal Agricultural Worker Program (SAWP) and Temporary Foreign Worker Program are good options for growers who have exhausted their options for finding Canadian employees.

Many farming operations continue to employ and rely on the same foreign workforce year after year – even decades, integrating them as part of their operations long-term.

Dusty Zamecnik is the owner of EZ Grow Farms in Langton, Ont. and has been using the SAWP program extensively since it started in the 1960s, employing more than 100 workers in a given season. Zamecnik is currently the largest high bush commercial blueberry producer in Ontario, in addition to being an active member in horticultural organizations on local, provincial and federal levels.

The recent announcement tightening borders affects Zamecnik directly. “It affects us directly because of the time sensitivity of the action,” Zamecnik starts. “It’s done snowing, the birds are back, [and] especially for perennial crops like blueberries, like apples, anything that needs to be pruned before the upcoming season, it’s an integral job and it’s very time sensitive.”

“It takes a month alone with us having 20 men to prune our entire blueprint orchard, an entire month. It’s labour intensive and that’s where it’s unbelievable how close we are, once we miss planting, it’s too late and an entire 2020 crop will be at risk,” Zamecnik says.

“It’s labour intensive and that’s where it’s unbelievable how close we are to – once we miss planting, it’s too late and an entire 2020 crop will be at risk,” Zamecnik says.

“I do respect that this is a global pandemic and SAWP is just one of the industries that’s affected. Unfortunately, with how narrow our timeline is, we need to act immediately, and why the industry itself is causing such a stink,” Zamecnik says.

Uncertainty looms for everyone at home and abroad

Workers come from Mexico and many regions within the Caribbean such as Jamaica, Trinidad and Tobago, Barbados, and Saint Martin. For Zamecnik, he employs staff from Jamaica, Trinidad, and Mexico.

During Prime Minister Justin Trudeau’s announcement on Monday afternoon, Zamecnik’s staff knew before he did. “By 1:15 p.m. [on Monday], we were getting calls from Trinidad saying, ‘Hey, our flight is cancelled, what is going on?’ They knew their flight was cancelled before we ever heard that the border was closed,” Zamecnik shares. The Prime Minister addressed Canadians closer to 1:40 p.m., despite the announcement’s original scheduled time of 1 p.m.

“By 1:15 p.m. [on Monday], we were getting calls from Trinidad saying, ‘Hey, our flight is cancelled, what is going on?’ They knew their flight was cancelled before we ever heard that the border was closed,” Zamecnik shares.

“We’re in constant communication, and we’re in a situation where people are now saying, is it safe for us to come up?” Zamecnik says right now there’s nothing but questions and they don’t have any answers.

“That’s frustrating for us, and that’s equally frustrating for them,” Zamecnik says. “At the moment we’re telling them to please keep your bag packed, but they also need to keep working down in their respective homes. They have families, but then it’s ‘hey, there’s a flight’ – I couldn’t imagine being in their shoes. It’s very uncertain times for everyone.”

Zamecnik doesn’t downplay the importance of the global pandemic, but wants some communication about if there will be a reassessment of the border situation down the line.

“The science is there that [social distancing and increased measures] work and I’m not disputing that whatsoever,” Zamecnik acknowledges. “This Temporary Foreign Agricultural Worker Program maybe wasn’t in the three main points of things that could go wrong if we close the border . . . so what scares me is the fact that the border is closing definitely, without any sort of ‘okay we’re going to close for a two-week period and have a reassessment period after that point and see what industries are severely affected.’ If we can get a reassessment period, at minimum, that would be great.”

“If we can get a reassessment period, at minimum, that would be great.”

The Canadian Federation of Agriculture (CFA) issued a statement on March 16 urging for a more well-round approach when it came to establishing protective measures.

“We will ask government to ensure farmers have access to temporary foreign workers, while developing a viable contingency plan that would provide for this year’s upcoming labour needs. We will also request that the government apply an agri-food lens to all future measures it may consider taking to control the pandemic, to ensure they account for any potential negative impacts these measures may have on food production and distribution.”

Despite the agriculture sector’s own needs, CFA understood the role of the agri-food sector during this time. “Given the importance of a stable food production and distribution system throughout the pandemic, CFA will ask the Minister\government to make food production and distribution the highest priority next to controlling and treating COVID-19,” the CFA statement read.

The Canadian Horticultural Council issued a quick statement online saying, “We are working with our partners around the clock to ensure growers have the labour resources they need, as well as the support of our government. We will keep you informed and updated in this time of uncertainty.”

The Ontario Fruit and Vegetable Growers Association also tweeted out saying, “We recognize the news yesterday came as a shock and if not solved has serious implications for individual growers and the sector as a whole. We are working vehemently with our partners to ensure growers will have the labour resources they require.”

Members & Ontario Growers: We recognize the news yesterday came as a shock and if not solved has serious implications for individual growers and the sector as a whole. We are working vehemently with our partners to ensure growers will have the labour resources they require.#ontag pic.twitter.com/EjBrNw3SKO

“What I hope to continue seeing is that there is understanding and action,” Zamecnik says. “There are things that we can do at our level to help break the curve while at the same time maintaining our economic stability.”

Zamecnik explains that he is willing to work with any extra measures to keep workers safe. Canada can allow the workers to come into the country, but require them to remain under quarantine as a precaution like other travellers, he suggests.

“We will happily, if you can guarantee us that these men and women can come into the country and understand that we are reliant on them, we have housing, we can house them any way for 14 days which is the CDC [Centres for Disease Control and Prevention] recommendation for all Canadians,” Zamecnik says.

“These men and women that come up, they love what they do, they’re great at what they do, they step in lockstep with us right away out of the gate running,” Zamecnik continues, sharing that one of the workers used to be his babysitter when he was younger. “We have generations of workers, cousins, family members, who all work together. They and their family back home rely on this program just as much as fellow Canadians rely on them.”

“We have generations of workers, cousins, family members, who all work together. They and their family back home rely on this program just as much as fellow Canadians rely on them.”

Given the pandemic and the uncertainty across industries in addition to agriculture, Zamecnik anticipates the response that some Canadians might ask growers to hire local labour given layoffs in other industries because of coronavirus.

“Believe me, for every single employee that comes through the SAWP program, there’s two postings posted year-round for every single position that’s filled by a SAWP worker. It’s not by lack of trying that we’re trying to hire local people,” Zamecnik clarifies.

A list of Canadian government resources for temporary foreign workers and COVID-19: