Looking for some inspiration for the 2022 season? Check out these highlights from our conversations with three of the winners of our second annual Top 4 Under 40 program. 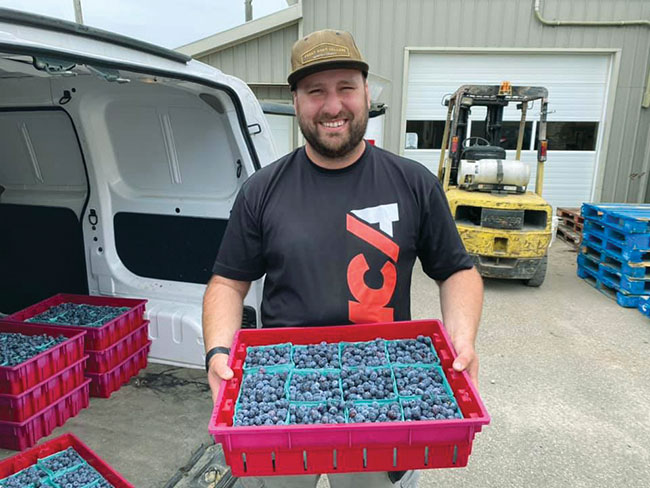 Experience is invaluable, but there’s also something to be said for a different or new perspective. February 2022 saw the second iteration of Fruit & Vegetable’s Top 4 Under 40 program in partnership with Scotts, wherein we ask our readers to nominate the passionate leaders, innovators and hard workers among the under-40 crowd in the Canadian fruit and vegetable industry.

In speaking with three of our winners (the fourth was, unfortunately, not available for comment), we learned how they came to the fruit and vegetable industry, their challenges and accomplishments, and what lies ahead. Here are some of the highlights of those conversations.

Adding flexibility to the farm
Nick Vranckx, winemaker at Blueberry Hill Estates in Norfolk County, Ont., brought some new ideas with him when he returned to the family berry farm after attending Brock University and at wineries around the world.

“My parents bought the farm back in 2004 and, just like anything your parents buy, you end up getting roped in soon after,” Vranckx says. “I’ve added to our farm operation a bit of a vineyard – we have six acres of grapes here, too.

“We went in the direction of establishing a winery onsite. That’s what I went to school for – oenology and viticulture, so I’ve got the wine and grape background.”

The roughly 15-acre blueberry patch Vranckx’s family owns was first planted in 1973 and, as far as he knows, it’s the oldest commercial highbush blueberry operation in Ontario.

Finding enough workers and competing in a crowded domestic market are the main challenges for Vranckx’s operation. “Growing blueberries in Canada is sort of an oxymoron because it seems like everyone’s growing them coast-to-coast,” he says.

“We have to compete a lot with British Columbia when we go to market in late July and August, when there’s an oversaturation of fruit on the market.”

Vranckx is proud to say that he’s turned this challenge into a strength of their brand over time, with some assistance from the inclusion of value-added products that allow the operation “to turn [their] produce into something [they] can use year-round to sell and provide to other customers that are looking for something that’s not just fruit,” he says.

“I can say that every berry that is marketable is sold through this farm. For some other farmers, if the fruit’s a little squished or not the right colour, they don’t put it to market, whereas we have a home for everything we pick here.”

He adds, “Some years, when the market is saturated beyond feasibility for selling in those channels, we’ve shifted from what has sometimes been 80 per cent towards wholesale or that type of market down to 40 per cent or so, and shifted [that extra amount] towards wine and juice production for other clients.”

“Luckily, some of the rules and regulations in Ontario for wine-producing [say] fruit has to come from Ontario if you’re going to sell it through an Ontario store,” Vranckx notes. “So, we work quite closely with some other wineries, building that rapport.

Lighting the way
Jason Lanoue ended up working in horticulture in a bit of a roundabout way. “I was involved in agriculture with my grandparents, growing up. It kind of sticks with you subconsciously, so there was always that seed that got sown when I was young, having a relative who had a farm – liking it as a kid, being outside and able to get your hands dirty,” he says. 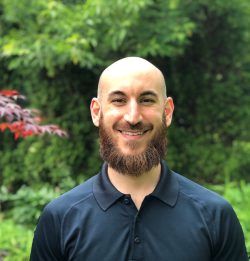 “And then I went to the University of Guelph for biochemistry; I originally wanted to be a doctor,” Lanoue says. “Being at one of the world’s best agricultural schools, you get exposed – through your courses, the people you meet, the professors – to agriculture in general. It kind of shook something loose – ‘Maybe this is something I want to go into and have a career in.’”

“After graduating, I got a phone call from an OMAFRA employee. They wanted me to blend my science basis with some of the agricultural work they were doing. So, from there, I ended up back at the University of Guelph for my masters and my PhD,” he adds.

“Really, I got back into it by happenstance – from being at the university, from being around people and getting the opportunity to not only do what I thought agriculture was as a child – tractors and fields – but bringing in some of the more rigorous biochemistry, genetics I had learned.”

Now, Lanoue is one of two greenhouse scientists who work out of Agriculture and Agri-Food’s Harrow Research and Development Centre in Harrow, Ont.

“Our focus right now is on lighting in greenhouses – how we can utilize LED lights to either improve growth during the winter months or to make it more sustainable [and economical]. It might sound crazy that we’re going to be using lights and electricity to make growth more sustainable, but there are some things we can do, such as 24-hour lighting.”

Growing plants under lights 24 hours per day has been in the works for decades – since the 1930s, when the first paper was published talking about the possibility. Lanoue and fellow Harrow greenhouse scientist Xiuming Hao initiated a project three or four years ago to see if modern LED lighting and the ability to manipulate the light spectrum would lead to a different outcome – which it has.

“We thought using one colour [of the light spectrum] during the day and another colour at night would kind of jog the plant’s memory into thinking it’s under normal conditions,” he says. “We did that in a few greenhouses, not expecting anything to happen, and lo and behold, five or six months later, the plants were perfectly fine. They didn’t show any of the leaf injury you would typically see under 24 hours of light [per day].

“Since then, it’s really ballooned. [Now,] our program mainly focuses on that – trying to optimize it, understand how different crops react to it, even different cultivars within crops.” 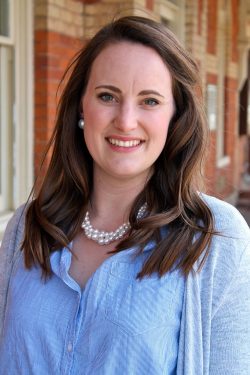 “I got into the industry because I was born into it, very fortunately,” she laughs. “My dad started our farm in the early 80s. He grew an acre of melons, which was pretty new for Ontario at the time, kind of experimental. But it was a success and we’ve now grown to grow lots of other crops.”

Returning to the farm full-time in 2019, Chesney now oversees the on-farm and farmers’ market aspects of the business, in addition to managing and hiring staff.

“I am also a registered dietician, so I use those skills and help with recipe development and marketing,” she says. While Chesney wasn’t sure if it was always realistic to combine her training in food and nutrition with working on the farm, it’s an avenue she’s chosen to explore.

“The more I went through school and through my practical training, I realized agriculture is a missing piece of nutrition education. I thought it was a really cool opportunity to dig into that a little bit more and draw those connections more clearly,” she says.

“For a long time, [agriculture and nutrition] weren’t really talked about in the same conversations. I think [the shift has] been very consumer-driven. Consumers are asking more questions about where their food is coming from and how it’s grown and, as a food expert, a dietician is often the recipient of those questions,” Chesney notes.

“So, we need to be knowledgeable – and again, I was very lucky to be born into this and have that knowledge, so I’m trying to tie them together more and show others that connection, as well.”

June 2021 marked the installation of an on-farm kitchen. “That’s been a life-long dream for me, so I’m really excited that it’s here,” Chesney says. The kitchen is currently being used for baking and making ready-to-eat products with the farm’s produce, but the aim for the coming season is to focus more on small events, workshops and experiences, ideas developed in partnership with the local tourism board.

One on-farm experience Chesney plans to launch this summer is called the “harvest brunch.”

“It’s part workshop, part tour, part cooking class and part meal,” she say. “It’s very immersive – we’ll pick the produce together, we’ll do some cooking and then share a meal together, and I will weave in nutrition and agriculture education throughout it. And that’s able to come to life because of the kitchen.”