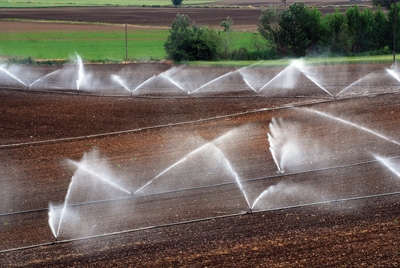 Farmland values across Canada increased in nine provinces and remained unchanged in Newfoundland and Labrador. Saskatchewan, which has 40 per cent of Canada’s arable land, experienced the highest average increase at 10.1 per cent.

According to a new Farm Credit Canada (FCC) Farmland Values Report, the average value of farmland in Ontario increased by 7.2 per cent during the second half of 2011. In the two previous six-month reporting periods, farmland values increased by 6.6 per cent and 2.4 per cent, respectively. Farmland values have been rising in Ontario since 1993 and reached a peak increase of 8.2 per cent in the last half of 1996. The FCC report provides important information about changes in land values across Canada and is available at www.farmlandvalues.ca.

In comparison, the average value of Canadian farmland increased by 6.9 per cent during the last six months of 2011, following gains of 7.4 per cent and 2.1 per cent in the previous two semi-annual reporting periods. Overall, farmland values increased in nine provinces and remained unchanged in Newfoundland and Labrador. Saskatchewan, which has 40 per cent of Canada’s arable land, experienced the highest average increase at 10.1 per cent. Saskatchewan results appear to be in line with the pace of price increases in the U.S. where double-digit growth in farmland values have been reported in several corn and soybean states including Iowa, Kansas and Nebraska. Two contributing factors to the value increase in Saskatchewan are the current and anticipated strength of commodity prices, combined with land values that previously increased at a slower rate than in other areas of the country.

“Low interest rates, in relation to inflation, and higher farm income levels have recently led to significant increases in farmland values in some provinces,” says Michael Hoffort, FCC senior vice-president of portfolio and credit risk. “FCC’s analysis indicates that farmland value trends are sensitive to both interest rates and crop receipt trends. With interest rates expected to remain at historic lows until 2013, it will be especially important to monitor trends in crop and livestock receipts in the coming year. These factors combined with strong demand from expanding farm operations and increasing interest by non-traditional investors have all played a role in the continuing trends toward higher farmland prices.”

Canadian farmland values have risen steadily during the last decade. The highest semi-annual average national increase was 7.7 per cent in 2008. The last time the average value decreased was by 0.6 per cent in 2000. The average national price of farmland has increased by about 8 per cent annually since the general upswing in commodity prices began in 2006. That’s about twice the rate observed in the first part of the decade.

“A more affluent population in emerging economies like China and India is driving the global demand for food which results in crop and livestock prices that have remained above historical averages,” says Jean-Philippe Gervais, FCC senior agriculture economist. “This helped propel the value of farmland to record-highs in North America. It will be important for producers who want to sell or buy farmland to keep an eye on possible variations in Canadian farm income in the coming years.”

The FCC Farmland Values Report has been published since 1984. To view previous reports, visit www.farmlandvalues.ca.