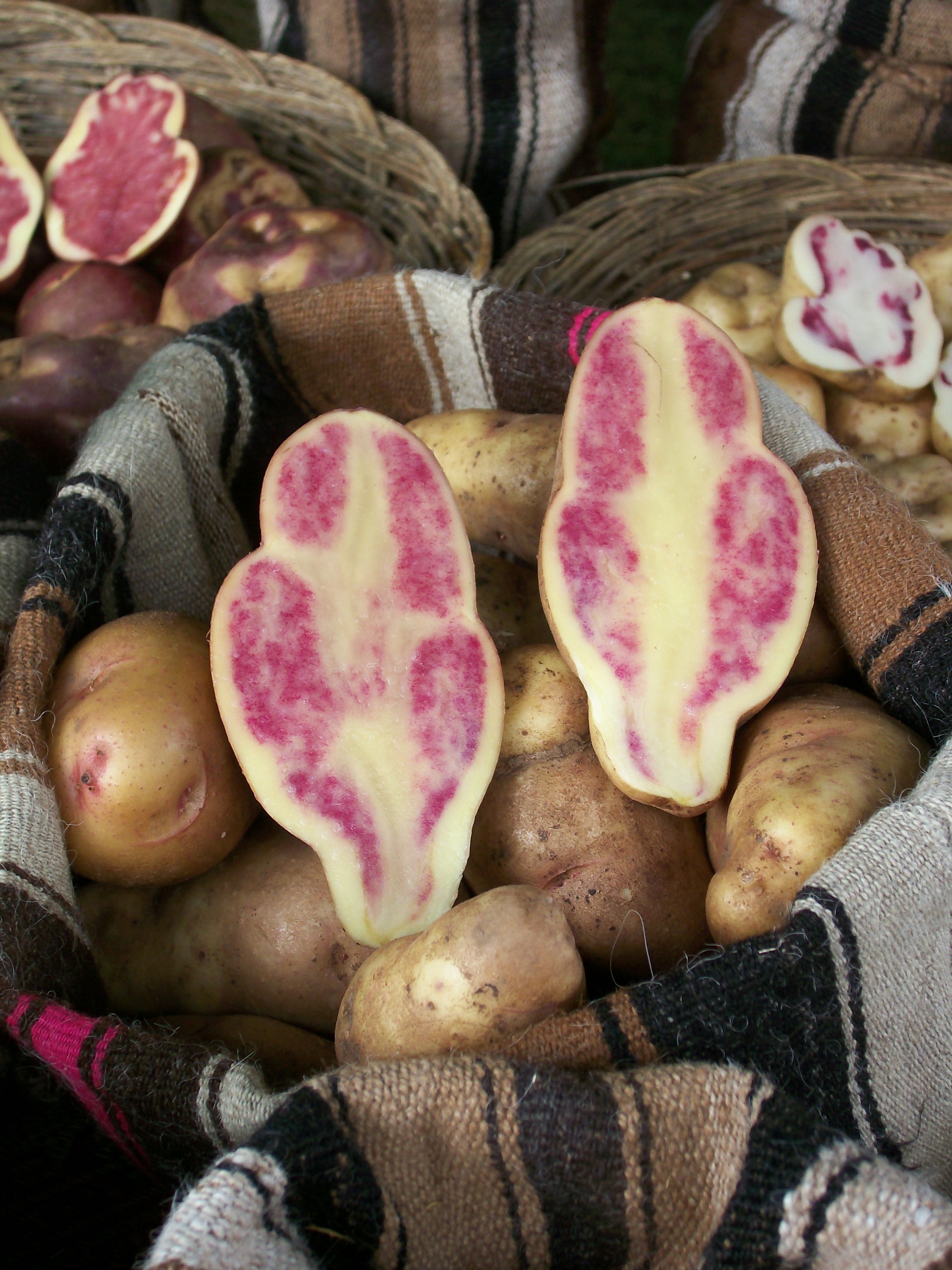 October 31, 2017, East Lansing, MI – The old adage of looking to the past to understand the future certainly applies to improving potatoes.

Examining the ancestors of the modern, North American cultivated potato has revealed a set of common genes and important genetic pathways that have helped spuds adapt over thousands of years. The study appears in the current issue of Proceedings of the National Academy of Sciences.

Robin Buell, Michigan State University Foundation professor of plant biology and senior author of the paper, shows potential genetic keys that could ensure the crop will thrive in the future.

“Worldwide, potato is the third most important crop grown for direct human consumption, yet breeders have struggled to produce new varieties that outperform those released over a century ago,” Buell said. “By analyzing cultivated potato and its wild relatives using modern genomics approaches, we were able to reveal key factors that could address food security in 21st century agriculture.”

While the exact means of the potato migration are unknown, spuds essentially spread worldwide since their domestication some 8,000 to 10,000 years ago. As potatoes were taken from the more equatorial regions of Peru and Bolivia to the southern parts of South America, they became adapted to longer summer days in Chile and Argentina.

One aspect that is known is how Spanish conquistadors introduced potatoes upon return from their South American exploits to the European continent, where potatoes were quickly adapted as a staple crop. As the explorers ventured from Europe to North America, they also brought potatoes to the new world.

Scientific explorer Michael Hardigan, formerly at MSU and now at the University of California-Davis, led the team of MSU and Virginia Polytechnic Institute and State University scientists. Together, they studied wild landrace (South American potatoes that are grown by local farmers) and modern cultivars developed by plant breeders. The result was the largest crop re-sequencing study to date.

Not only did it involve substantial re-sequencing of potato, but it also tackled one of the most-diverse crop genomes. The modern spuds found in today’s kitchens are genetically complex tetraploid potatoes, having four-times the regular number of chromosomes. Potatoes’ complex genome harbors an estimated 39,000 genes. (In comparison, the human genome comprises roughly 20,000 genes.)

From the large gene pool, the researchers identified 2,622 genes that drove the crop’s early improvement when first domesticated.

Studying the gene diversity spectrum, from its wild past to its cultivated present, can provide an essential source of untapped adaptive potential, Buell said.

“We’ll be able to identify and study historic introgressions and hybridization events as well as find genes targeted during domestication that control variance for agricultural traits,” she said. “Many of these help focus on adapting to different climates, fending off different pathogens or improving yield, keys that we hope to better understand to improve future breeding efforts.”

For example, wild potatoes reproduce through berries and seeds. Cultivated potatoes are asexual and are food and seed in one. (Anyone who’s left a potato in a dark pantry too long has witnessed this trait firsthand.)

The researchers present evidence of the signatures of selection in genes controlling this change. They also shed light on a role of wild species in genetic pathways for fighting pests and processing sugars for food. Diving into somewhat obscure territory, they looked at potential genetic sources that control circadian rhythm; yes, plants also have 24-hour clocks controlling biological processes.

“We knew about their physiological traits, but we didn’t know what genes were involved,” Buell said. “As potatoes were moved, they had to adapt to longer days, more hours of sunlight. We’re now starting to understand what’s happening at the genetic level and how wild Solanum species evolved to long-day adapted tetraploid potatoes.”

Related
What is the value of using crop wild relatives in potato breeding?
Climate-resilient spuds in focus at Potatoes in Practice 2018
Little spuds on P.E.I. no small potatoes anymore
PEI potatoes donated for hurricane relief
Tags