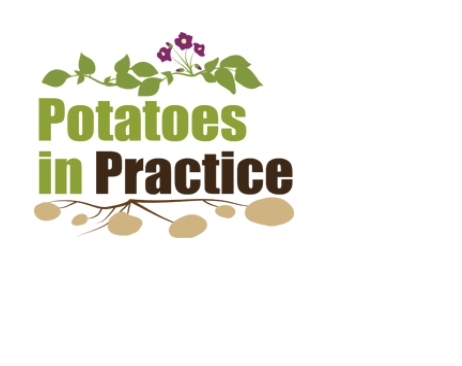 Research at the James Hutton Institute has led to the discovery of genetic variations which can help protect potato crop yields at high temperature, potentially providing potato breeders with a valuable tool in their quest to create varieties resilient to heat stress and suited to the requirements of growers, industry and retailers.

The findings were discussed by Dr. Mark Taylor at Potatoes in Practice 2018, as part of a wider examination of how stress-resistant crops can be an important resource to preserve food security in the face of increased temperatures, such as those brought about by the recent U.K. heatwave.

“Potato is essentially a cool climate crop. For many commercial potato cultivars, tuber yield is optimal at average day time temperatures in the range of 14-22˚C. When the weather is warmer, tuber production is inhibited, reducing potato tuber production, with damaging consequences for both producer and consumer,” Taylor said.

“Heat tolerant varieties are especially important for Scottish seed exports to growing markets in warm countries. Although most potato varieties are sensitive to heat there is significant variation in response to heat stress between different potato cultivars, and recent research at the Hutton has led to the discovery of genetic variations which can help protect potato crop yields at high temperature.”

Recent leaps in the understanding of genomics, genetics and crop science, funded by the Scottish Government’s Strategic Research Fund, have made this type of genetic screening possible.

The gene variant that confers heat tolerance is found in heat tolerant wild potatoes in the Commonwealth Potato Collection but not in heat sensitive types, emphasising the importance of this collection of 1,500 potato types that is curated at the Institute.

Other recent research has identified gene variants that result in more rapid tuber development and these early maturing potatoes may evade climate and disease threats. Potato types carrying the useful, naturally occurring gene variants are currently being trialled in warm, dry environments by partners in Malawi and Kenya in work funded by the Global Challenge Research fund.

The James Hutton Institute’s collaboration with China’s Xisen Potato Industry Group was also the focus of interest at Potatoes in Practice. Dr Jonathan Snape, commercial director of James Hutton Limited, commercial subsidiary of the James Hutton Institute, commented, “In the past year, Hutton and Xisen have taken a great deal of joint work forward, with substantial investment by Xisen in large-scale trials of the Sulan 1 tubers across China having taken place and now being assessed. The Institute is set to contribute potato genetic material in anticipation of the next stage of the work.

“We are delighted that Dr Hu Baigeng, Xisen’s head of management, is here again for further planning and discussions. The collaboration may be the vanguard of a larger development in China and we are working on it with Innovate U.K. and Shandong Academy of Agricultural Sciences. Hutton experts will be speaking at a joint scientific workshop on potato at the Academy in September.”

Potatoes in Practice is the UK’s largest field-based event and brings together variety demonstrations, research and trade exhibits in one place making it an essential date in the potato industry calendar. The event is organised and hosted by the James Hutton Institute in partnership with AHDB Potatoes, Scotland’s Rural College and Agrii. The event is also supported by media partner Potato Review.

See pip.hutton.ac.uk for more information about the event.