Mary Robinson was elected as president of the CFA, stepping in as the first female president in the organization's 84-year history. 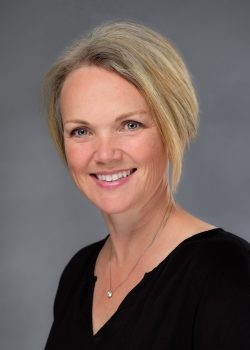 Mary Robinson was elected as president of the CFA. CFA

The Canadian Federation of Agriculture (CFA) held elections during its 2019 AGM for the positions of president, first vice-president and second vice-president. The new executive team will be focused on the key CFA priorities of the Producing Prosperity campaign, ensuring the pillars of economics, food security and the environment are at the forefront of Canadian agriculture.

Ron Bonnett, the previous President of the CFA, stepped down after nine years in the role.

Mary Robinson was elected as president of the CFA, stepping in as the first female president in the organization’s 84 year history. Mary was previously the president of the Prince Edward Island Federation of Agriculture, as well as the chair of the Canadian Agricultural Human Resource Council. She has been a force in farm politics for many years and an exceptional leader whose collaboration skills are highly recognized amongst the agricultural stakeholder community.

“I am looking forward to engaging key stakeholder and political decision makers on why the agri-food sector is the leading economic engine of Canada. It’s critical that investments in agriculture is a priority for the Canadian government. Investments in rural Canada and agriculture benefit not only rural Canada but the nation as a whole,” said Robinson.

Keith Currie won the election for first vice-president. Keith is the current president of the Ontario Federation of Agriculture, and has been a huge proponent behind the “Producing Prosperity” campaign in Ontario. This campaign will soon be expanded nationally through CFA, focusing on the pillars of economics, food security and the environment.

Chris van den Heuvel was elected as second vice-president. Chris served previously as president of the Nova Scotia Federation of Agriculture, and has been heavily involved in efforts to keep agriculture in the minds of federal and provincial governments.

CFA’s new executive team will work together to make the voice of farmers across the country heard. Through collaboration and teamwork we can show how important agriculture is to Canada, and how we can all strive to unlock its potential.