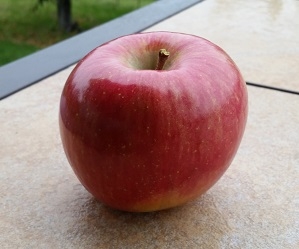 January 19, 2015, Summerland, BC – Arctic Fuji is poised to follow in the footsteps of Okanagan Specialty Fruits’ first distinctly non-browning apple varieties, Arctic Golden and Arctic Granny, which were approved for commercial sale in February 2015.

On December 31st, OSF formally submitted a petition to the U.S. Department of Agriculture (USDA) requesting the deregulation of the next non-browning variety – Arctic Fuji.

Developed using the same innovative techniques as other Arctic apple varieties, Arctic Fuji apples have been grown and tested in field trial orchards for more than a decade. The petition being reviewed by the USDA contains substantial data collected over many years that demonstrates the safety and healthfulness of Arctic Fujis. OSF is confident they will be granted approval in a timely manner.

Considering regulatory agencies are now familiar with the science behind Arctic apple varieties (namely, the company’s method of silencing polyphenol oxidase, the enzyme that initiates browning), OSF anticipates the review of Arctic Fuji will progress more quickly than for Arctic Golden and Arctic Granny varieties.