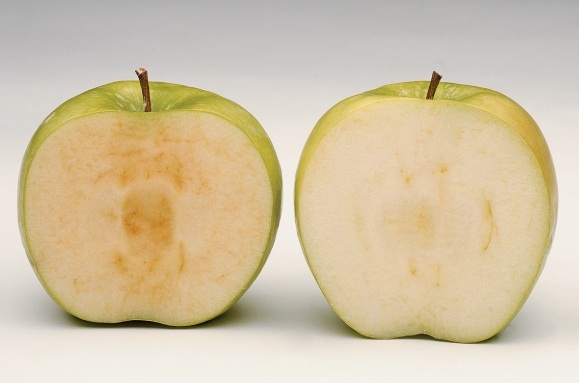 It is expected that APHIS’ final published their final environmental assessment (EA) and a plant pest risk assessment (PPRA) will be published in the Federal Register soon. According to the USDA’s announcement, these reviews have found that Arctic apples “are unlikely to pose a plant pest risk” and deregulation “is not likely to have a significant impact on the human environment.”

The Arctic apple cultivars were developed through the use of biotechnology by Okanagan Specialty Fruits Inc. (OSF), a small, grower-led company, and other non-browning Arctic varieties are expected to follow.

Neal Carter, president and founder of OSF, said this announcement is a monumental occasion for his team.

“The commercial approval of Arctic apples, our company’s flagship product, is the biggest milestone yet for us,” he said. “We can’t wait until they’re available for consumers.”

Consumers will have to wait a little longer, though, since apple trees take several years to produce significant quantities of fruit.

“Our focus is working with growers to get trees in the ground. As more trees are planted and they come into commercial production, there will be a slow, but steady market introduction.”

Carter estimated Arctic apples will first be available in late 2016 in small, test-market quantities. And, just like any other new apple variety, it will take many years before non-browning Arctic fruit is widely distributed.

Carter emphasized that consumers can feel confident in the rigorous review of Arctic apples, which have been grown in field trials for more than a decade now. He added they are likely the most tested apples on the planet. The USDA’s publicly available risk assessment documents concluded that Arctic apples are just as safe and healthful as any other apple. This evaluation is no surprise to Carter, who stated: “all we’ve done is reduce the expression of a single enzyme; there are no novel proteins in Arctic fruit and their nutrition and composition is equivalent to their conventional counterparts.”

OSF’s consumer-friendly website, www.arcticapples.com, outlines the benefits non-browning apples offer, including their ability to reduce food waste, suitability towards fresh cut products, and enhanced convenience. Carter is confident that both apple producers and consumers will embrace Arctic apples, and points to a wealth of consumer research to support this.