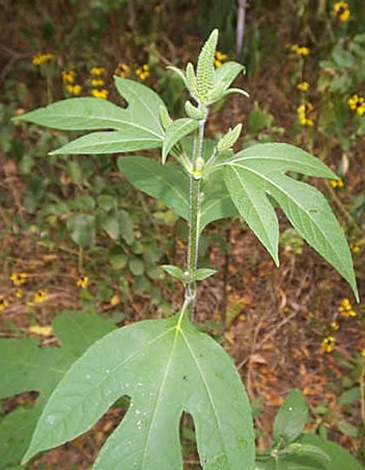 May 8, 2009, Guelph, Ont. – Researchers at the University of Guelph’s
Ontario Agricultural College have found a weed showing resistance to
the herbicide glyphosate.

May 8, 2009, Guelph, Ont. – Researchers at the University of Guelph’s Ontario Agricultural College have found a weed showing resistance to the herbicide glyphosate.

“We’ve seen a difference in control of this giant ragweed biotype than what is normally expected when sprayed with glyphosate,” said Professor François Tardif with the department of plant agriculture.

The plants were still able to grow after an application of the herbicide at recommended levels, whereas susceptible ragweed did not survive.

“Glyphosate has become a tool of choice for the control for many weeds, so the appearance of a glyphosate resistant population can complicate management for growers,” added Peter Sikkema, a plant agriculture professor at the University of Guelph’s Ridgetown campus. He helped conduct the research with Tardif.

The giant ragweed population in question was brought to the researchers’ attention in late 2008. It was found in a small portion of a 580-acre field of Roundup Ready® soybeans in Essex County. Weed seeds were collected from the area and used in greenhouse tests. As well, researchers are collecting information on the field’s history including crops grown, tillage practice and the herbicide program used.

The researchers stress that the results are preliminary and the suspected resistant biotype has been found only in the one identified area so far. Further greenhouse and field trials will be conducted on the weed biotype to confirm resistance as well as identify potential management options. Researchers will also be working to understand the genetic and biochemical basis for resistance.

Resistance evolves after a weed population has been subjected to intense selection pressure in the form of repeated use of a single herbicide. The herbicide controls all the susceptible weeds, leaving only those with a resistant gene to reproduce.

“This is a very serious situation,” Sikkema said. “In other jurisdictions, most glyphosate-resistant weeds biotypes have been effectively managed with other herbicides and cultural practices. We’ll continue our research so we can make recommendations to growers on effective control options.”