In the midst of an already difficult season – navigating a combined health and economic crisis – farmers have never felt more misunderstood, misrepresented and demoralized.

This summer has been the first time in my life that I’ve been reluctant to tell people what I do for a living. If it comes up in conversation, I try to find a way to change the subject.

I’m a farmer. I grow broccoli with my son in Lynden, Ont., outside of Hamilton, just like I used to do with my father.

To be clear, I’m not ashamed of my livelihood. I love my work. I’m deeply proud of the role I play in society, putting fresh, local food on the tables of Canadians. Farming isn’t just a job. It’s a way of life. It’s all encompassing. You live where you work and you work whenever the weather lets you. You don’t punch out at the end of the day.

But there’s a stigma now to the job my family has performed for generations that never existed before the COVID-19 pandemic. A damning and inaccurate narrative has taken shape over the past few months that farmers deserve all of the blame for seasonal workers from overseas who have contracted the virus.

Some communities have turned against farmers and maintained it’s their fault they haven’t emerged more quickly from lockdown restrictions. Activists have called for an end to a seasonal labour program that has helped farmers deal with a chronic shortage of domestic labour for more than 50 years. Even more hurtful are the accusations that farmers are deliberately mistreating the men and women who work on their farms or not doing enough to protect them.

In the midst of an already difficult season – navigating a combined health and economic crisis – farmers have never felt more misunderstood, misrepresented and demoralized. I know of growers who have already decided to get out of agriculture altogether or are looking at selling their family farms because they’re tired of having their characters attacked.

In the midst of an already difficult season – navigating a combined health and economic crisis – farmers have never felt more misunderstood, misrepresented and demoralized.

It’s unfortunate that any of Ontario’s seasonal farm workers became ill with COVID-19, let alone that there were several large-scale outbreaks. It goes to show how aggressive this virus can be in any work environment where physical distancing is a challenge.

But counter to the inaccuracies being spread in some circles, farmers do care about the health and well-being of the people who work for them – international employees and domestic workers alike.

Why would any farmer in their right mind not want to make certain that the people they depend on for a successful growing season are healthy and able to work? 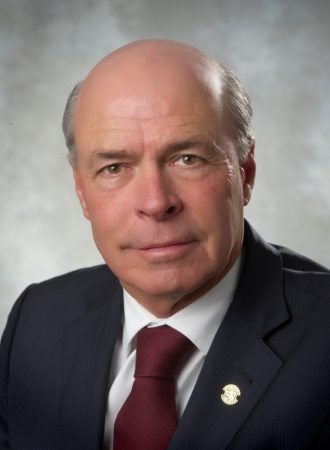 In addition to his job as a broccoli grower, Ken Forth (pictured) has been the president of the Foreign Agricultural Resources Management Services (FARMS), which administers the seasonal agricultural worker program in Ontario and Atlantic Canada.

I’ve had a unique perspective on the benefits of seasonal labour on Canadian farms. In addition to my job as a broccoli grower, for the past 15 I have also been president of Foreign Agricultural Resources Management Services, Foreign Agricultural Resource Management Services, the non-profit organization that administers the Seasonal Agricultural Workers Program (SAWP) in Ontario and Atlantic Canada. I’ve served on the board of F.A.R.M.S. for 28 years and my family has employed workers through SAWP for 50 years.

Men and women from Mexico and the Caribbean have been helping Ontario farmers solve a critical shortage of agricultural workers through SAWP for more than half a century. At the same time, they’ve helped lift themselves and their families out of a punishing cycle of poverty in their home countries.

SAWP has been successful for more than 50 years because it provides benefits to everyone who participates in it — from the growers who need supplemental seasonal labour, to Ontarians who are able to buy top-quality local foods at the grocery store and the workers themselves who are able to provide better living conditions for their families at home.

While COVID-19 has presented significant challenges, growers have been able to protect the vast majority of their workers from contracting the virus through rigorous safety protocols.

In addition to meeting minimum safety requirements, many farmers have invested in more stringent measures to enhance physical distancing, such as carrying out renovations in worker accommodations to create more separation, installing plexiglass divisions and barriers in packing houses and organizing regular grocery deliveries for workers to limit travel.

If someone isn’t following the rules properly, F.A.R.M.S. wants to know about it and we take action to ensure they are in compliance. We have no tolerance in our program for farm operators who aren’t willing or able to meet their responsibilities.

We have no tolerance in our program for farm operators who aren’t willing or able to meet their responsibilities.

Contrary to misinformation and inaccurate generalizations about SAWP, international workers hired through the program are well taken care of if they become ill. They receive the same employment rights as Canadians such as WSIB, certain Employment Insurance benefits, occupational health and safety and provincial health care during their term of employment.

Because I’ve seen how much good this labour program can do for so many, it’s a hard to hear people who don’t know better or who have ulterior motives disparaging it and the farming community.

We should be celebrating the success of a program that generates benefits for so many – the workers and their families, consumers, farmers, rural communities and our economy as a whole – not trying to dismantle it.

The truth is our food security depends on it.

Ken Forth is president of Foreign Agricultural Resource Management Services, the non-profit organization that administers the Seasonal Agricultural Workers Program, and owner/operator of a broccoli farm in Lynden, Ont.