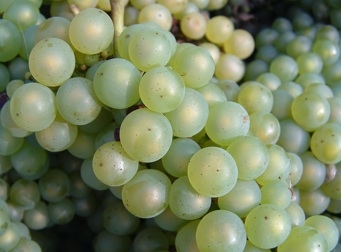 August 30, 2012, St. Catharines, Ont – The grapes of Niagara’s 2012 vintage will be ready for harvest sooner than those of previous vintages say researchers at Brock University’s Cool Climate Oenology and Viticulture Institute (CCOVI).

Tracking the maturation of grapes in the Niagara region is the focus of a popular preharvest monitoring program that CCOVI launched again this August. The program, now in its third year, has a new look thanks to a website that allows growers and winemakers to track the progress of grapes while being able to compare this year’s data to that of previous harvests.

“Fruit maturity levels at this point in time are close to that of 2010, which some say was the best vintage in Ontario history,” says Jim Willwerth, CCOVI viticulturalist, who oversees the project.

From now to the end of harvest, Willwerth will sample at four sites across the Niagara Peninsula each week tracking key indicators of fruit ripeness for the four most popular Niagara varieties – Chardonnay, Riesling, Cabernet Sauvignon and Cabernet Franc. The data measuring sugar levels, titratable acidity, pH and volatile acidity is posted to the website every Tuesday.

The 2012 growing season didn’t start unusually early, but has progressed quickly from bud-break on. Grapes are generally one of the last major fruit crops to bud, which allowed most grapes to miss the frost damage many other tree fruit experienced this year. Bloom dates across Ontario were 10 to 14 days ahead based on a 10-year normal. This earliness has continued through to beginning of fruit ripening.

“I have never seen a year like this where we come out of the start so quickly and have not slowed down a single step, even at sites with record low rainfall and extreme heat in the season,” says Kevin Ker, CCOVI professional affiliate. “We now move into the critical period where the vines begin to mature the fruit and develop the wonderful complexities we find in top flight wines.”

“It is great that Brock wants to be at the forefront of what is going on in this industry,” said grape grower Bill Schenck. “As we go forward, the more information we have with past history, we can pretty much judge the quality of the crop for the upcoming year.”

To find out more about the pre-harvest monitoring system and to view the data, visit www.ccovi.ca/preharvest.