Features Labour
How to find good help and keep them around

Try to see how your candidates perform on the farm before hiring them. 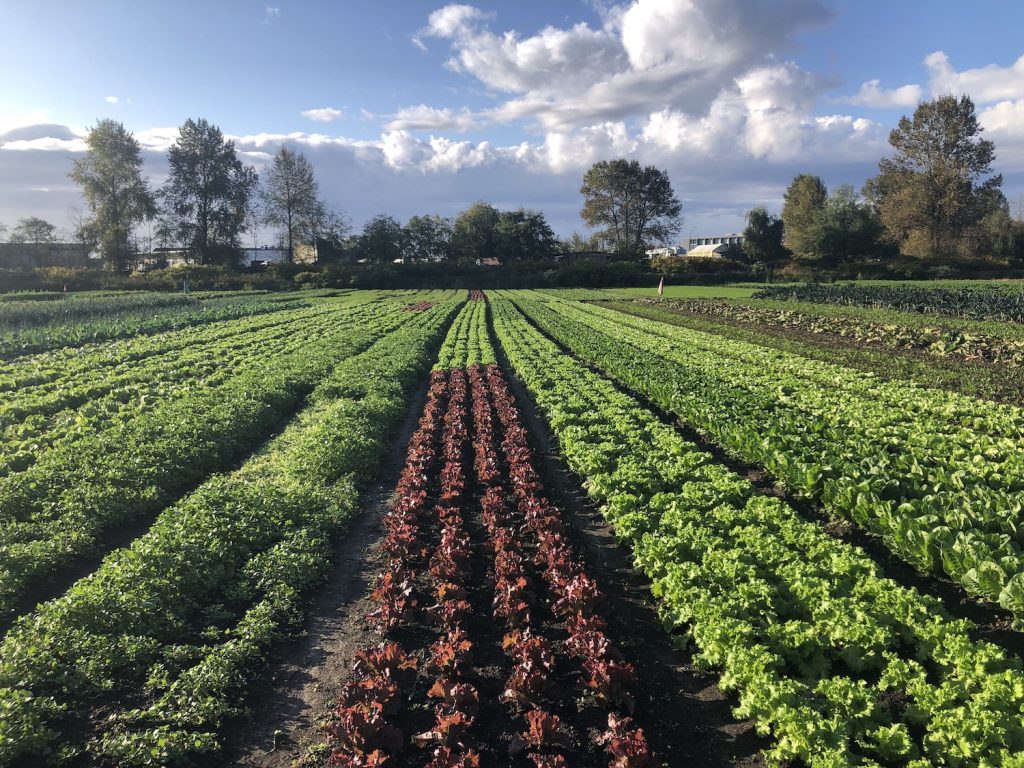 Fruit and vegetable production can be labour intensive with shifting seasonal hours. Mark Ferguson says the posting itself should lay out expectations and job duties clearly. Photo by Stephanie Gordon.

It’s tough to find good help on the farm. No one knows that better than Dave Bower and his wife, Amanda, who run a fruit and vegetable farm on the outskirts of Ottawa in North Grove.

The couple grow 40 varieties of vegetables as well as apples and strawberries. This year, it’s expanded beyond what two people can handle, and they’re looking for a worker to help with the harvest. It’s easier said than done. Dave Bower says they’ve received many applications, but few match what he’s looking for. “We get a lot of responses from people looking for room and board,” Bower says. “We’re not set up for that, so it’s been a challenge to find someone local.”

Dozens of other applications come from candidates with little to no experience in agriculture, or from people who seem to have little interest in farming. Bower says he and his wife offered a job to a promising candidate earlier but lost them to another farm. “Those few workers who fit [the criteria] tend to get snatched up quickly,” he says.

“Those few workers who fit [the criteria] tend to get snatched up quickly,” he says.

Luckily, there are strategies to help farmers find and keep good help. And if a farm absolutely can’t find help, the temporary migrant workers program can help fill in those gaps.

It’s key to get the job posting to the right people. “Make sure you’re using all posting options,” says Mark Ferguson, a business management specialist at the Ontario Ministry of Agriculture, Food and Rural Affairs. Local newspaper ads, job ad boards at local co-ops and grocery stores and websites like Monster, LinkedIn and Indeed are all good places, he says.

Employers should think about who they want to attract. Is it a general labourer job that needs to reach as many people as possible, or is it a job that requires special knowledge or experience? A general labourer job could go in a local newspaper or job website, while a specialized job could be posted in a job board for the University of Guelph’s Ontario Agricultural College or on GoodWork.ca, a speciality online job board for environmental jobs.

Update: Other online job boards that can be used include:

The posting itself should lay out expectations clearly. List the job duties, licensing requirements, starting wage and anything else employees need to know up front. “It may be common knowledge to the producer that it’s a dusty and dirty environment sometimes, and the weather is bad,” Ferguson says, but potential candidates may not know that.

Communicating up front avoids problems down the line. If candidates know that they will be asked to work overtime at the start, they won’t be surprised when the employer asks them once they’ve been hired, Ferguson says.

An employee could be a great fit on paper and shine during the interview, but then a complete flop on the farm. Joshua Suppan, a small-scale farmer in Harrowsmith, Ont., had this exact experience.

Suppan hired a labourer who seemed fairly strong, and he thought they’d have a good season. But after his third day, the employee said he couldn’t do it and he was leaving in two days. “I was like, holy crow, we’re in May and now I’ve got to find someone new,” Suppan says.

“I was like, holy crow, we’re in May and now I’ve got to find someone new,” Suppan says.

That’s why Ferguson suggests having a potential employee shadow a position on the farm after a successful interview. “Anybody can say whatever they want on a piece of paper but being able to assess if they are comfortable doing certain tasks lends you a better perspective,” Ferguson says. It also gives the employee the opportunity to back out if it doesn’t seem like a good fit.

Ferguson is also a fan of hiring for soft skills and attitude. It’s easier to train someone in technical skills than to be punctual or collaborative. “Those are, a lot of the time, harder to train. They take a long time to fester with somebody,” he says.

You might be able to hire a good employee, but you also want them to stay. Ferguson says there aren’t hard statistics on the reasons why employees leave, but he knows it’s not usually related to wages. “A lot of the time it’s due to management not being flexible,” he says. Even if you can’t pay workers more than $14 an hour, flexibility, respect and a fun working environment go a long way. “If there’s a certain quota of fruit and vegetables for the month – certain targets for the month – and your team hits those quotas, celebrate it!” he says.

Even if you can’t pay workers more than $14 an hour, flexibility, respect and a fun working environment go a long way.

Offering positive feedback along with constructive criticism also helps employees feel appreciated. “There’s not a lot of benefit to just having negative feedback. You need to provide some sort of an ‘out’,” Ferguson says. “[A manager can say] let’s talk about this and figure out how to do it properly, and we’ll go from there.”

Any discussion of finding good help eventually leads to migrant workers, who make up 17 per cent of the agricultural sector. Canada’s temporary migrant workers program is a good option for farmers who have exhausted their options for finding Canadian employees.

“A lot of agriculture wouldn’t be in this country anymore if it wasn’t for temporary workers,” says Ken Forth, the president of the Farmer’s Agricultural Resource Management Services (FARMS).

He says the paperwork isn’t as overwhelming as it first appears. The main requirements are that farmers show that they’ve advertised the job to Canadians and that they have their housing inspected by local health authorities.

“If you’re a brand-new employer, you may need to prove that you can pay them. Sometimes they ask, sometimes they don’t,” he says. Farmers should apply 14 to 16 weeks before they intend for the workers to begin.

Forth himself has done well with retention. He hires 18 foreign migrant workers each year to work on his broccoli farm, and some of the Jamaican workers have worked for him for more than two decades.

He says it’s important to make workers feel like they’re part of a team. “We never ask them to do anything they haven’t seen us do,” he says. “We’re out in the dirt with them. Or for greenhouse growers, we’re in the greenhouse with them.

“We never ask them to do anything they haven’t seen us do,” he says.

“If you have a happy workforce, they do so much for you,” he says. “I say, if I don’t hear somebody laugh sometime in the day, I guess I’m doing it wrong.”