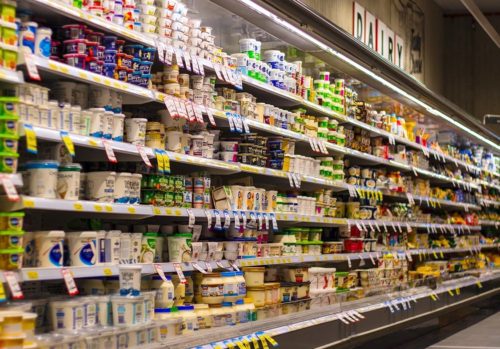 Even as COVID-19 causes online grocery orders to surge and restaurant revenues to plummet in Canada, an update released today  to the country’s 2020 Food Price Report shows this year’s overall food prices will rise by no more than the four-per-cent increase predicted in late 2019.

The update from researchers at the University of Guelph and Dalhousie University indicates vegetables and bakery items are driving the expected four per cent rise in 2020. Meat prices are expected to increase by no more than six per cent, as predicted in the December report.

Consumers’ shift to online buying and altered food safety practices among retailers are key changes underway as Canadians adjust their food purchasing practices during the pandemic, according to the report.

Although anticipated price increases in most food categories remain unchanged from the late 2019 report, restaurant prices are expected to fall by two to four per cent this year, as the sector has limited to delivery and pickup service during the pandemic.

“The food service industry is being decimated as a result of COVID-19,” states the report.

Noting that Canadian restaurants normally generate more than $90 billion a year in sales, the report said, “almost overnight, the sector’s ability to generate revenues beyond delivery or pickup was halted.”

Noting that Canadian restaurants normally generate more than $90 billion a year in sales, the report said, “almost overnight, the sector’s ability to generate revenues beyond delivery or pickup was halted.”

At the same time, many Canadians under quarantine or self-isolation are unable to leave their homes, and three out of four Canadians now consider visiting the grocery store a health risk.

Grocers are setting up barriers to physically separate staff and customers and asking customers to adhere to strict physical distancing. More security and cleaning have increased costs for retailers, as have salary increases for employees being retrained to ensure sanitation.

“Salaries have increased by anywhere between 5 to 15 per cent,” states the report, adding an estimated 250,000-plus employees working in more than 5,000 stores have received pay increases since the outbreak began.

“The food retail and processing sectors are under extreme pressure to change food safety practices to make customers feel safer.”

The report says grocers face an unprecedented challenge in meeting surging online orders. Almost 10 per cent of Canadians who have never ordered food online are now doing so, according to a recent survey. Customers are expected to wait between three and seven days for their order, and online purchases and delivery will likely increase food costs over time, according to the report update.

Almost 10 per cent of Canadians who have never ordered food online are now doing so, according to a recent survey.

The pandemic may force longer-term shifts in consumer purchasing habits and retail business models, said Simon Somogyi, U of G’s project lead for the report and holder of the Arrell Chair in the Business of Food.

“COVID-19 has provided an opportunity for people to try meal kits because they haven’t had a chance to go to the grocery store to get food,” he said. “Once the pandemic quiets down and they’re able to get around, will people still use meal kits? I feel that people will try them during the pandemic and continue using them.”

“Canada imports about 30 per cent of its food, so we’re heavily reliant on a favourable U.S.-Canadian dollar exchange rate,” said Somogyi. “We’ve seen the Canadian dollar drop drastically against the U.S. dollar.”

Referring to reduced oil prices, he said, “Oil has a big impact on farming and retail, especially logistics and the supply chain because of the movement of food by truck and rail, so there’s some balancing happening there.”

Related
Policy paper: With a lack of temporary foreign workers, are higher food prices and fewer food choices for Canadians on the horizon?
How COVID-19 is changing and influencing the way people are buying food
Produce prices expected to increase in 2019
Ontario invests $2.5 million to grow agri-food e-business during COVID-19