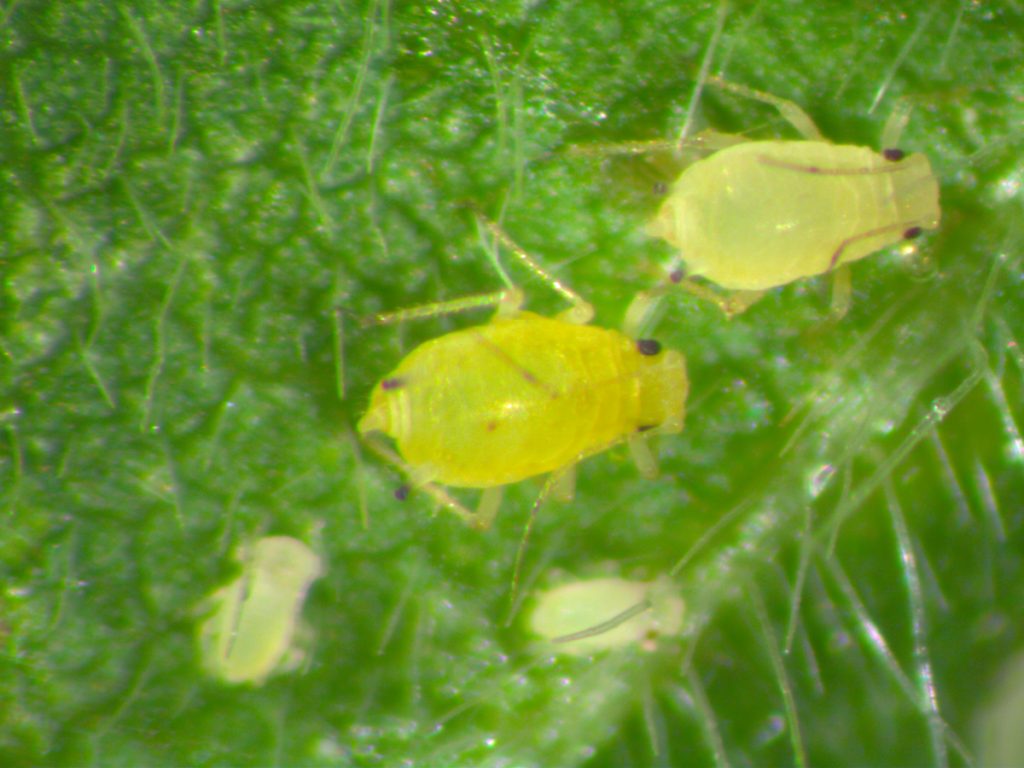 Climate change—we hear about it often and are faced with the many ways it impacts our planet. One major concern is that it creates rising carbon dioxide (CO2) levels which affect things such as the weather and the oceans, but it’s also creating a new dynamic when it comes to herbivorous insects in the field. As more research becomes available, we’re able to zone in on more specific issues. In agriculture, that includes how rising CO2 levels are affecting interactions between plants and aphids. Take soybeans for instance; it’s predicted that increases in productivity will be reduced by increased susceptibility to invasive crop pests.1

To better understand the effects on plants and insects, it’s essential to understand what the driving factors are behind rising CO2 levels in the first place. CO2 is a heat-trapping greenhouse gas which is driven up by both human and natural activities such as burning fossil fuels and deforestation, as well as volcano eruptions and respiration. When CO2 levels increase, naturally, global temperatures rise up too. Temperatures have been increasing steadily for a long time, but 18 of the warmest years in history have occurred since 2001 with 2016 as the hottest year on record.2 So, how do increasing temperatures affect the environment? Let’s start with booming insect populations.

As CO2 levels increase, so do aphid populations

In Canada, over 600 species of aphids exist and some of them, such as the soybean aphid, are exotic species – they are native to Asia. With so many species, they are categorized by  what they prefer to feast on. Aphids feed on a huge variety of plants, including potatoes, peaches and soybeans.

It’s hard enough battling insects now, but imagine Canada without a winter season to break down their population. For herbivorous insects such as aphids, the increase in temperature is paradise. The question is why.

CO2 levels have been increasing dramatically 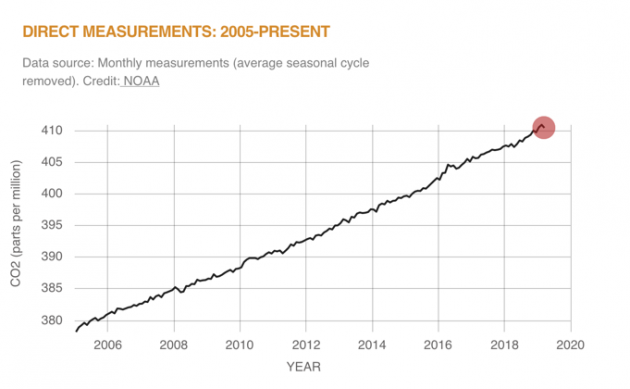 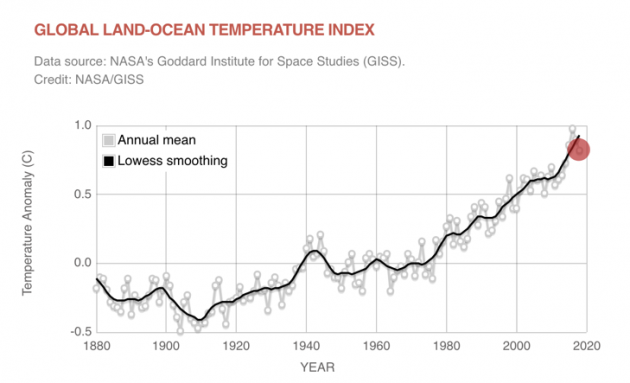 Evan Delucia, professor in the department of plant biology at the University of Illinois, says that the broadleaf plant chemistry, including palatability and carbon control, is being altered as plants respond to a complex environment of humid temperatures. “These changes propagate through the food web,” he says. It causes fluctuations in hormone levels responsible for defense mechanisms. Soybeans experience a change in hormone balance which makes them less able to induce a defense hormone that helps them fight against insects such as aphids. Additionally, a change in salicylic acid could result in a lowered ability to fight off viral and fungal pathogens in general.

Rises in temperatures also cause the plants’ stomata to close, stomata are pores that plants use for gas exchange. “Otherwise, it’s a way for them to ‘breathe’,” Delucia says. Closed stomata cause the leaf temperature to increase, which creates preferred breeding grounds for – you guessed it – increased reproduction of aphids.3 Increases in leaf temperatures are anticipated for both broadleaf and grassy plants.

According to Delucia, the effects of rising greenhouse gases are tough to predict but increases in starch and decreases in proteins are anticipated in all broadleaf plants. These modifications will also result in certain responses from insects to the plants’ nutritional quality. For example, chewing insects will be more prominent in leaves with high carbon and low nitrogen levels.

What can be done

Growers around the world are already having to think about adjusting their planting dates and locations with the shift of climate change. On an even more global scale, the struggle to fight off insects will make it harder and harder to sustain our ever-growing human population.

Other than regular scouting, crop rotation, sticky traps and making more environmentally-friendly decisions to manage the effects of climate change on their farms, what’s important is for growers to find a control system that works in their field.

An ecological option is to keep an eye out for beneficial insects such as the ladybeetle, the damsel bug, the green lacewing, hoverfly larvae, minute pirate bugs, aphid midge larvae and parasitic wasps. These predator insects feed on aphids and can be effective at controlling aphid populations. However, if aphid economic thresholds for your crop are exceeded then an insecticide should be considered. With CO2 levels increasing at about 2 ppm per year, we can anticipate a greater demand for insect control agents.

“Canadian growers have been battling aphids for years, and research like Delucia’s illustrates that the negative impact aphids have on crops today could become even more extreme.” explains Scott Hodgins, horticulture crop Manager at BASF. “That’s why BASF has developed insecticides to give growers new tools to quickly manage aphids and to prevent yield loss and virus transmission – even in resistant populations.” Versys insecticide, powered by Inscalis, delivers effective control of aphids in horticulture crops. To learn more about Group 9D insecticides, visit AgSolutions.ca/horticulture.