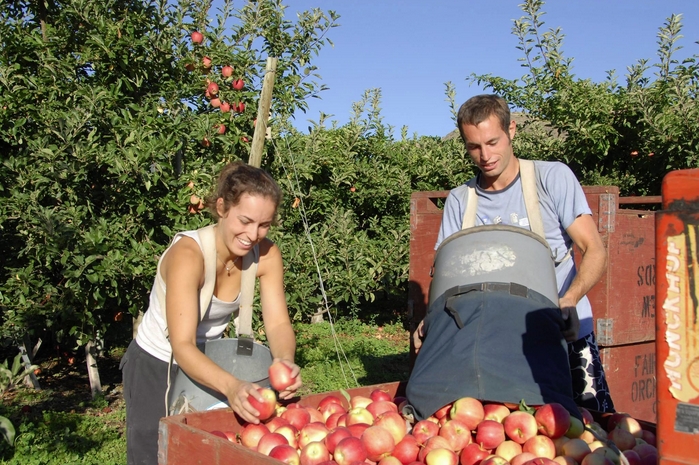 Participants included primary producers, processors, retailers, policy makers and academics – all putting their heads together to come up with new solutions to what is becoming a persistent problem; how do you attract and retain farm workers?

Smith started off by identifying several trends in the U.S. agricultural labour climate:
• Regardless of government policy, people seeking employment in agriculture will be scarce.
• Economic and other motivations to develop and adopt labour-saving technologies are growing.
• Political and economic pressures will force minimal wages higher in many states.
• Perception of agriculture as an unattractive field for careers is a perennial challenge.

The consequences of these U.S. agricultural labour trends has resulted in a 20 per cent decline in available agricultural workers between 2002-14; an annual loss of US $3.1B to fruit and vegetable production due to labour shortages; and a declining U.S.-born population willing to work on farms.

In Canada the gap between labour demand and the domestic workforce in agriculture has doubled from 30,000 to 59,000 in the past 10 years and projections indicate that by 2025, the Canadian agri-workforce could be short workers for 114,000 jobs. This was a key finding of Labour Market Information (LMI) research by CAHRC entitled Agriculture 2025: How the Sector’s Labour Challenges Will Shape its Future. The LMI research also revealed that Canadian primary agriculture had the highest industry job vacancy rate at seven per cent – higher than any other industry in Canada. This resulted in $1.5-billion in lost sales.

Poor worker compensation is often cited as the primary reason for low interest in working on farms. However, Smith notes that agricultural wages in the U.S. have gone up faster than any other sector in the past 10 years with the median wage being $13.23/hr ($17.76 Cdn) as of April 2017. In Canada, farm hourly rates averaged $17.50/hr in 2016.

Smith advocates that wages alone are not the issue but rather what is needed is a coordinated effort to improve labour policy, on-farm workforce needs, and farm practices.
Smith suggests that farmers need to develop realistic policies that attract and retain workers. Investment in leadership and management capacity within the agricultural industry is also needed to encourage innovation, research and development for long-term solutions to the already critical agricultural workforce.

It is not enough to simply pay required wages and comply with regulations. Employee compensation should also include how workers are treated and have their needs accommodated such as providing housing, access to the internet, transportation, communications in their own language, offering English as a second language training, job training, flexible hours, and creating a sense of community. It is important to make workers feel welcomed, valued and confident.

Finally, modifying farm practices to reduce the need for labour is another way to reduce on-farm workforce pressures. This may include adopting new technology that negates the need for human workers, changing crop mixes to less labour intensive commodities, or moving production operations to streamline efficiency.

To help attract and retain a motivated workforce, CAHRC has developed several tools to help farm managers including: AgriSkills – customizable and commodity specific on-farm training programs; Agri HR Toolkit – an online resource guide and templates to address the HR needs of any business; and Agri Pathways – promoting careers in agriculture. For more information on these and other CAHRC offerings visit www.cahrc-ccrha.ca.

In the meantime, Smith says producers should champion farmers that are doing a great job with their workers and get the word out that agriculture is a rewarding and fulfilling career with a strong future.