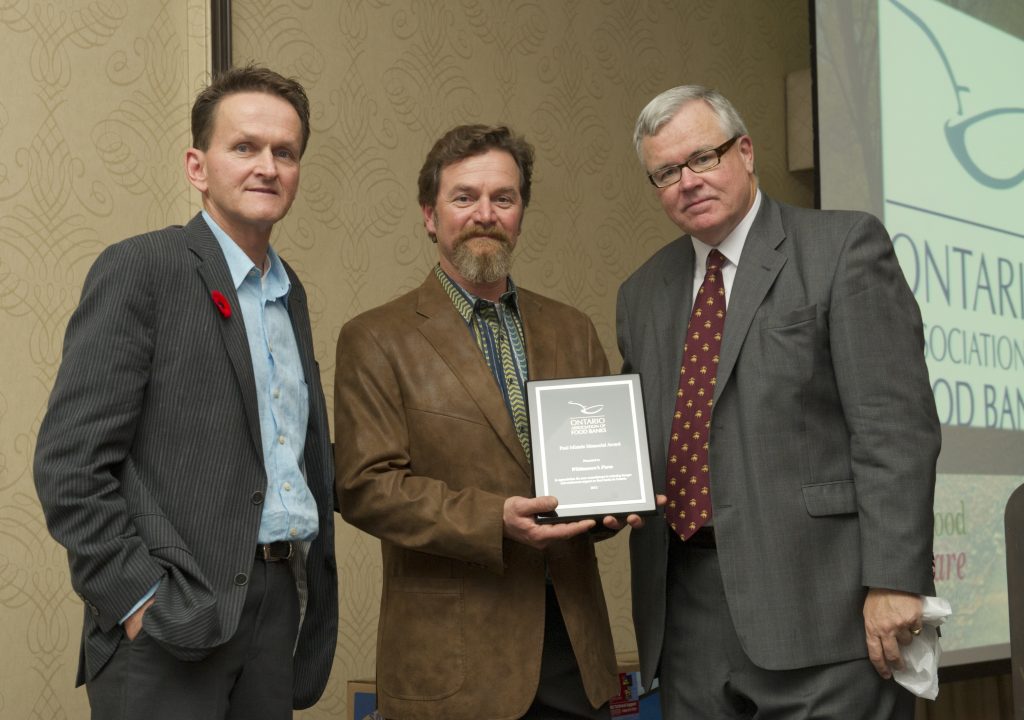 Named for the late farm leader who founded Ontario Pork’s Donate-A-Hog program in 1998, the Paul Mistele Memorial Award recognizes agricultural partners who have shown a significant and enduring commitment to ending hunger in Ontario.

“Mike and Frank Whittamore, owners and operators of Whittamore’s Farm in Markham, have been incredible partners to the Ontario Association of Food Banks for many years,” said Bill Laidlaw, executive director of the OAFB. “Through our Community Harvest Ontario program, Whittamore’s Farm has donated thousands of pounds of fresh fruits and vegetables to Ontarians in need.”

Community Harvest Ontario works to address the growing need for healthy, fresh food in food banks by partnering groups of volunteers with local farms across the province. Whittamore’s Farm has been an ongoing partner since the program’s launch in 2009 and continues to be a community leader in addressing hunger in Ontario.