Features Safety
We need to talk about farmer mental health

Conversations about mental health in agriculture are becoming more common, but work remains to be done. 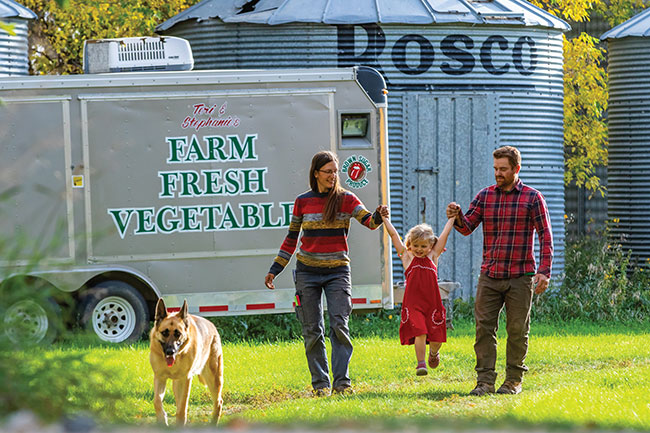 Although the COVID-19 pandemic has increased conversations about mental health, there’s still a stigma associated with mental health conditions, especially among farmers, says Megz Reynolds, executive director of the Do More Agriculture Foundation.

She adds that Canadian producers have higher rates of mental health conditions than almost any other industry, according to Farm Management Canada. “In agriculture, we link our self-worth to our success as a farmer,” Reynolds explains.

“Agriculture is an industry with a foundation of deep rural roots, hard work, resilience, strength and community. To uphold that image, those traits can also be the industry’s weakness, as they become barriers for speaking up and seeking help.”

Teri Jenkins of Brown Sugar Produce, located just outside Brandon, Man., says her parents’ generation didn’t have much opportunity to express or deal with their emotions in healthy ways. “But that didn’t mean they didn’t exist…We’re privileged enough to be able to reflect on it and to choose a different path,” she adds.

But even Jenkins, who adamantly believes in the importance of mental health, is a little embarrassed to admit she doesn’t work in the evenings.

Organic farmer Mark Cormier of Glorious Organics in Aldergrove, B.C., says he and other farmers he knows often work up to 80 hours per week, leaving little time for weekend activities and socializing. “Your lifestyle is pretty different from most people, which means it’s hard to have a social network,” he says.

“Farming is a hobby and a lifestyle, as well as a job,” Cormier explains. This intertwining of leisure and work can sometimes have negative consequences.

For Jenkins, going from working on other people’s farms to a family farm made separating work and home difficult. Learning she was pregnant sparked the realization that this blurred line was unsustainable.

Farming may require you to live where you work, Reynolds says, adding that this often means living in rural areas with limited access to support networks and mental health professionals.

Farmers also face challenges outside of their control, like climate change. Cormier, who watched farmer friends lose everything during the recent B.C. floods, explains that, as someone who cares deeply about food security and his profession, he worries a lot about the future of farming.

The work before the work
With everything growers face, strategies for putting mental health first may seem out of reach. But some farmers, like Cormier and Jenkins, have found practical ways to lessen the mental load.

Cormier’s timeout of choice is meditation, which he says helps limit day-to-day stress. As a self-described skeptical, science-based guy, meditation wasn’t something he thought could be beneficial. But his opinion has since shifted. While he found the idea of scheduling strict sessions hard to wrap his head around, taking five minutes in moments of rising stress has helped, he says.

Setting boundaries has been another positive change. “I make myself stop working at a certain time,” Cormier says, and routines, like walking his dog, help him stick to these set boundaries. On Jenkins’ farm, boundary-setting involves stopping work after dinner. “When you’re working from 6 a.m. until 11 p.m., you might think that you’re working as hard as possible all the time, but at least four of those hours you’re walking around with a pail on one foot and not being very productive because you just can’t,” Jenkins explains.

Cormier admits boundary-setting and prioritizing isn’t easy, but it is possible.

For those who find making time challenging, Deborah Duley, MSW, LMSW, and the daughter of a farmer, recommends choosing one day per week to end the workday early. Scheduling periods of downtime during the “slower months” may also be helpful. It’s not necessary to meditate or zone out for hours. Just a few minutes can make a big difference, she explains.

Jenkins calls her mental breaks “the work before the work.” Waking up a little earlier and focusing on yoga or meditation help her and her husband start the day with a calmer mindset. “We found we would wake up in the morning and just be like, ‘Oh my God, there’s so much to do. It’s all gonna fall apart if I don’t get up right now and do it all.’”

She admits this routine doesn’t completely get rid of that feeling. But consciously managing the response to those emotions helps put things in perspective.

“We’re more productive when we do yoga and meditate regularly,” she adds. The couple used to think they had to be self-sacrificing to work as farmers. She points out that, like many organic farmers, they often cared more for the environment than themselves. She now realizes that taking care of mental health isn’t a weakness. It’s “like putting on your own oxygen mask before you assist others,” she says. 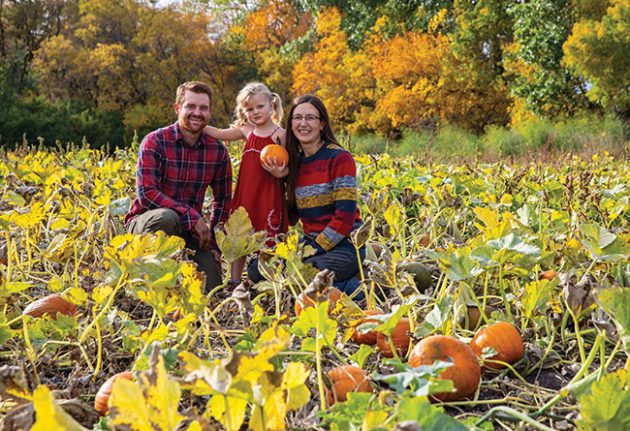 Jenkins calls her mental health breaks “the work before the work.”

Dealing with forces beyond control
Duley recalls anxiety being par for the course growing up on a farm. “It just seemed to be part of the business and was just a natural piece of life as a farmer,” she says. “Now that my brother has assumed the family’s farming business, this hasn’t changed.” As a psychotherapist working in a rural community, she sees more of the same, especially in the face of increasing climate-related challenges.

Managing uncertainty is an important ingredient in bolstering mental health as a farmer. The future of agriculture in Canada may be uncertain as the effects of climate change rear their ugly head, but there are ways to cope with uncontrollable stressors. Planning and preparing ahead are two approaches Duley recommends to farmers she works with. She also tasks farmers with finding ways to nurture their emotional health and lower their stress levels. For Jenkins, for example, it’s practicing yoga daily.

When anxiety and stress levels reach a boiling point, Reynolds suggests that the hardest but most helpful strategy is focusing on things you can control. And when something devastating does occur, Duley explains that knowing how to reframe thoughts is crucial: “Yes, this flooding is going to do some damage, but it’s early in the season, and I have time to figure it out.”

There’s hope on the horizon, according to Cormier. “I think farmers are smarter now,” he says, sharing that he himself sees a counsellor once a month.

When he realized how much he fixated on work, Cormier sought out counselling for stress management. “I was often only talking about farming and only talking about work.” He says talking to someone without fear of talking too much about work-related stressors felt freeing. “If I’m feeling overwhelmed and feeling like I’ve taken on a lot of stress, then I make an appointment with my counsellor.” While he says he’s lucky to have found someone he clicked with, he admits he would have no idea where to start finding someone well-versed in his particular work-related stressors.

For those who feel talking to someone in person feels like too big a step or are simply curious to learn more about mental health, Do More Ag offers interactive “Talk Ask Listen” workshops that are accessible from the comfort of home.

“The needle has moved regarding how we talk about mental health in agriculture. However, we still have a long way to go,” says Reynolds, who hopes for a future where we champion mental health in the same way we do physical well-being.