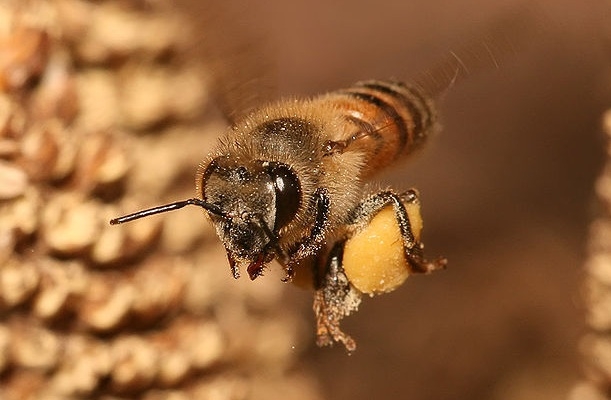 May 7, 2013, College Park, MD – U.S. beekeepers lost nearly one in every three honeybee colonies over the winter of 2012-2013, according to an annual survey conducted by the Bee Informed Partnership and the Apiary Inspectors of America.

This winter’s losses of 31.1 per cent represent a steep increase from the 22 per cent losses of 2011-2012, when a mild winter gave bees and beekeepers a respite. The new survey, conducted from October 2012 through April 2013, shows the respite is over, with losses running slightly higher than the 30.5 per cent average over the past six years.

University of Maryland entomologist Dennis vanEngelsdorp, who directs the Bee Informed Partnership, led a team of 11 researchers in the survey.

The 2012-2013 loss rate is more than double the 15 per cent loss that beekeepers say is “acceptable” for their businesses to remain viable. Seventy per cent of beekeepers surveyed sustained losses higher than 15 per cent.

The high losses are changing commercial bee keeping, vanEngelsdorp says. Beekeepers used to have two ways to turn a profit, he explains. They could sell honey from their hives, or rent out their colonies to growers whose crops are pollinated by bees. But with losses so high, “all the money you’re going to make in honey goes to replacing dead colonies and keeping your colonies alive,” said vanEngelsdorp. “Any money you make will be from pollination.”

Many fruit and nut crops depend on managed hives of honeybees trucked in from all over the country. Beekeepers who take their hives to California in February, when almond trees bloom, tend to have the most, and the most intensively managed bee colonies, van Engelsdorp said. Among that subset of beekeepers, losses were especially high. Nearly one in five beekeepers that pollinated almond trees this spring did so in spite of losing 50 per cent or more of their colonies over the winter.

There appear to be multiple causes for increased bee colony losses in recent years, said vanEngelsdorp, an expert on honeybee health. A report issued last week by the U.S. Department of Agriculture and the Environmental Protection Agency also suggested honey bees are affected by a complex mix of problems.

VanEngelsdorp thinks one reason for the high losses in 2012-2013 may be last fall’s Midwestern drought. Bees probably gathered most of their nectar from flowering crops, which were irrigated, instead of from wildflowers. The crops’ nectar may have had unusually high concentrations of pesticides because of the drought, or there may not have been enough nectar and pollen to go around, leading to malnourishment, he said.

Honeybees also lost habitat as high corn prices caused farmers to replace prairie and shrubs with cornfields, vanEngelsdorp said. And for part of the year, beekeepers lacked an effective treatment for Varroa mites, which can kill bees, because the mites had become resistant to old miticides and a replacement product was not yet available.

The survey did not show evidence of colony collapse disorder (CCD), the still-unexplained phenomenon that causes the sudden death of all the bees in a colony. Although CCD appears to be on the wane, the overall rate of honeybee colony loss is still about the same as it was when CCD was at its peak in 2006-2007.

In 2012-2013 most colonies “dwindled away rather than suffering from the sudden onset of CCD,” said Jeff Pettis, a U.S. Department of Agriculture bee expert who worked on the survey. The survey stopped tracking the colonies at the end of April, so “the 31 per cent figure likely under-represents the losses, as we saw many weak colonies that were not actually dead.”

The 6,287 U.S. beekeepers who responded to the survey managed nearly 600,000 bee colonies at the start of the survey period, or about 23 per cent of the country’s estimated 2.6 million colonies.

The abstract for the survey can be found at here.

A complete analysis of the survey data will be published later this year.