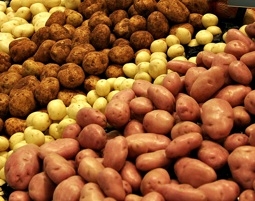 According to recent reports from south of the border, two senators from North Dakota are asking their federal government to investigate allegations that Canadian growers are dumping potatoes into the U.S. market.

The proof? Over the past few years, there’s been a surge in potato imports from Canada to the U.S. [$212 million worth of fresh potatoes in 2015-2016] while demand for U.S. spuds has decreased. A recent report from Potatoes USA showed exports of fresh U.S. potatoes bound for Canada have dropped 13.5 per cent from July 2017 to June 2018. And U.S. producers believe this is due to Canadian protectionist trade practices and a sign the government is subsidizing the industry.

But, according to reports in Canadian media, growers in the Great White North are merely benefiting from a favourable exchange rate. And the only government support they are receiving is through loans that need to be matched 50/50 by the recipient and repaid over 10 years.

Senator John Hoeven (Rep) and Senator Heidi Heitkamp (Dem) have both come out strong against Canada, accusing their northern neighbour of “unfair treatment” of American potatoes.

“Red River Valley potato growers have a strong case to be made that Canada has unfairly limited their profits and narrowed their fair market access,” Heitkamp said.

“Canada remains one of our closest friends and allies, but we still need, and our farmers deserve, reciprocity in trade,” Hoeven said. “That’s why we continue urging the administration to address Canada’s unfair treatment of American agriculture exports. Our trading partners would never tolerate this kind of treatment from the U.S.”

This isn’t the only trade woe facing the U.S. potato industry. According to a recent report from Potatoes USA, the U.S. potato market share to Mexico has dropped to 76 per cent from 82 per cent from July 2017 to June 2018 as the European Union and Canada made significant gains in the market.