July 19, 2019  By The College of Agricultural and Environmental Sciences at UC Davis 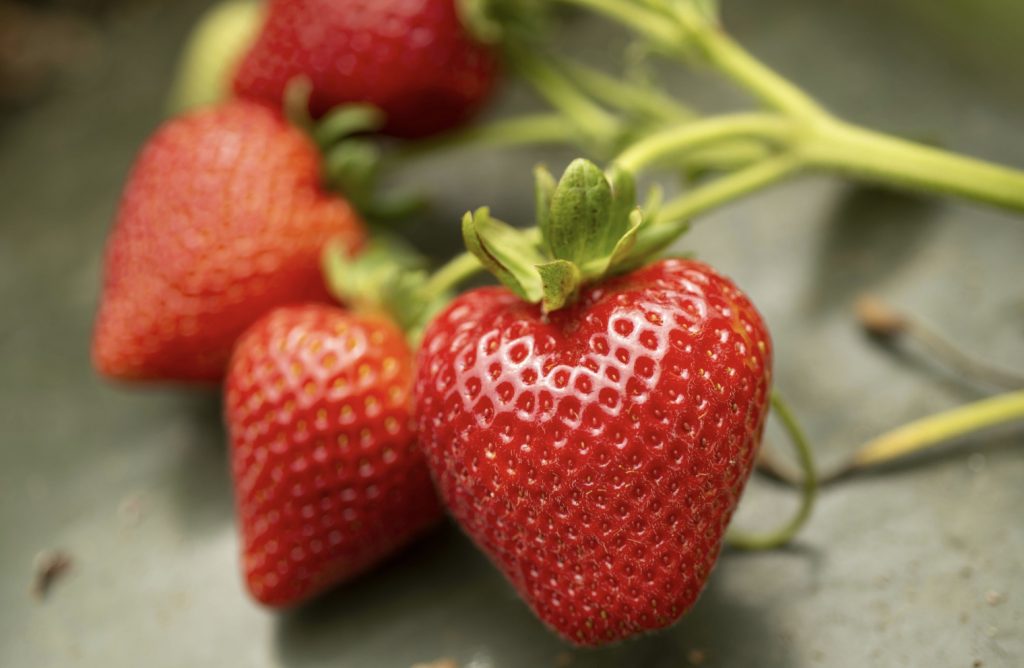 The Public Strawberry Breeding Program at the University of California, Davis, has released five new varieties that will help farmers manage diseases, control costs and produce plenty of large, robust berries using less water, fertilizer and pesticides. Two of the new varieties could increase yields by almost 30 per cent.

“These new varieties are intrinsically different from the ones they replace,” said Steve Knapp, professor and director of the UC Davis Strawberry Breeding Program. “After more than three years of field tests, we’re seeing higher yields, greater disease resistance and better quality after harvest.”

The new pedigrees should benefit consumers, as well. “The price and quality of strawberries improve when farmers have access to varieties that help them grow better berries more cost efficiently,” said Dave Murray, a farmer and partner in Andrew & Williamson Fresh Produce.

Since its inception in the 1930s, the UC Davis Public Strawberry Breeding Program has developed more than 60 patented varieties, turned strawberries into a year-round crop and increased strawberry yield from about 6 tons per acre in the 1950s to more than 30 tons per acre today. The United States is the world’s largest producer of strawberries, and almost 90 per cent of them are grown in California’s cool, coastal climates. About 60 per cent of the state’s strawberry fields are planted with varieties developed at UC Davis.

Each of the new varieties will have its own farming niche — thriving better in certain environments under specific growing conditions. Three of the new varieties — Moxie, Royal Royce and Valiant — will perform well throughout the long, warm days of summer. Two varieties — Victor and Warrior — are bred for cooler climates from Santa Maria south along California’s coast.

In general, all the new berries are large, flavorful, firm and disease-resistant. Victor and Valiant perform well in organic systems. Moxie and Royal Royce are showing yield increases of as much as 29 per cent over previous UC varieties.

You can find full descriptions of each variety on the UC Davis Office of Research website.

Fewer ‘runners,’ less labor
Two new varieties — Moxie and Royal Royce — could save farmers up to $5,000 an acre in labor costs because they sprout fewer runners, the vine-like fingers that strawberries send out that produce roots and develop into duplicate plants. Runners are handy when propagating strawberries, but farmers have to continually cut them back during the growing season to help plants conserve energy for producing big, sweet berries.

“Runners are a huge expense,” explained Greg France, a longtime California Strawberry Commissioner and family farmer from Santa Maria. “We have to hire labor throughout the season just to cut back the runners. These new varieties will be a big deal for us.”

Strawberries are especially vulnerable to soil-borne pathogens, which can destroy an entire crop. Since the 1960s, many strawberry growers have depended on fumigants like methyl bromide to fight disease, but methyl bromide and other fumigants are being phased out by the Environmental Protection Agency.

Since Knapp took over the strawberry breeding program in 2015, he and his team have been working to develop varieties with genetic resistance to disease to reduce the need for fumigants. All five of the new varieties will be less susceptible to a range of diseases, including Fusarium wilt, Verticillium wilt and Macrophomina.

More berries in the pipeline
To create a beneficial variety, plant breeders cross plants with desired traits and select the best offspring over multiple generations. UC Davis strawberry breeders are continuing that work on test sites and farms along California’s “strawberry belt,” from Ventura to Watsonville, each with its own particular climate and crop management strategies.

“Every farmer has his or her own recipe for growing the berries, which is good,” said Glenn Cole, breeder and field manager with the strawberry breeding program. “It helps us see how the crop performs in different environments.”

The team anticipates releasing one or two additional varieties in early 2020 that can be planted in the summer and harvested in time for the winter holidays.

In the meantime, farmers can buy the newest UC Davis varieties at nurseries starting this fall. Also, detailed data on how each variety performed throughout the breeding trials is available to everyone at the California Strawberry Commission website.

“The great thing about UC Davis strawberry cultivars is they are available to all growers,” said strawberry farmer Dave Murray. “The world-class research on which these varieties are based benefits us all.”