August 10, 2016  By University of British Columbia 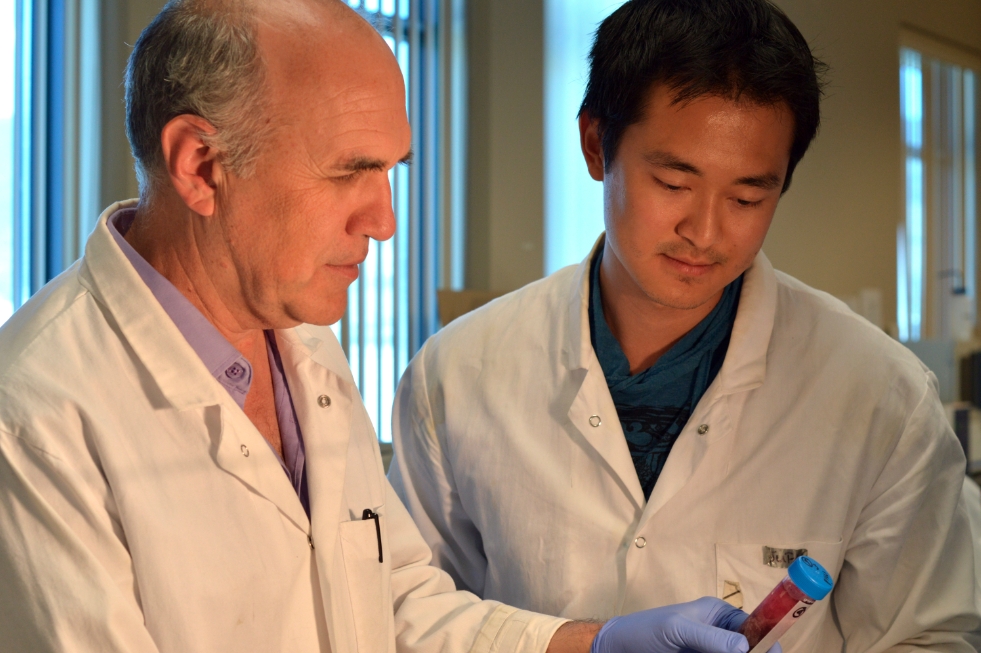 UBC's Dan Durall (left) and Ben Tantikachornkiat are looking at how micro-organisms may affect the taste of wine.

August 10, 2016, Kelowna, BC – University of British Columbia (UBC) researchers are one step closer to identifying the biological personalities of the world’s greatest wines.

In a recent study, UBC researchers Dan Durall and Mansak (Ben) Tantikachornkiat developed a technique that combines a process to identify the full spectrum of DNA in yeast and bacteria samples with a technique that distinguishes between live and dead micro-organisms.

“Since only live micro-organisms are relevant in the various stages of fermentation as they relate to the senses, this study provides some of the important tools that will be necessary to determine why different types of wine taste and smell as they do,” says Durall, an associate professor of biology at UBC’s Okanagan campus. “While more research needs to be conducted, these findings could also lead to the identification and elimination of micro-organisms that are responsible for spoilage.”

In undertaking the study, the pair used a number of different kinds of yeast and bacteria specimens, including those typically found in wine fermentations.

Key in the development of the new scientific technique was the use of a light-sensitive dye, propidium monoazide, which binds to dead DNA and prevents it from being detected. This allows scientists to identify and focus on the more relevant aspects of a test sample.

“This technique allows us to quickly and accurately monitor in one experiment what previously could have taken multiple experiments and months of trial and error,” says Tantikachornkiat. “This will inevitably make research in this area faster, cheaper and more efficient.

“The next stages of research will focus this technique on different types of wine making methods to see how they change micro-organisms that affect the final wine product.”

Durall and Tantikachornkiat’s research was recently published in the International Journal of Food Microbiology.