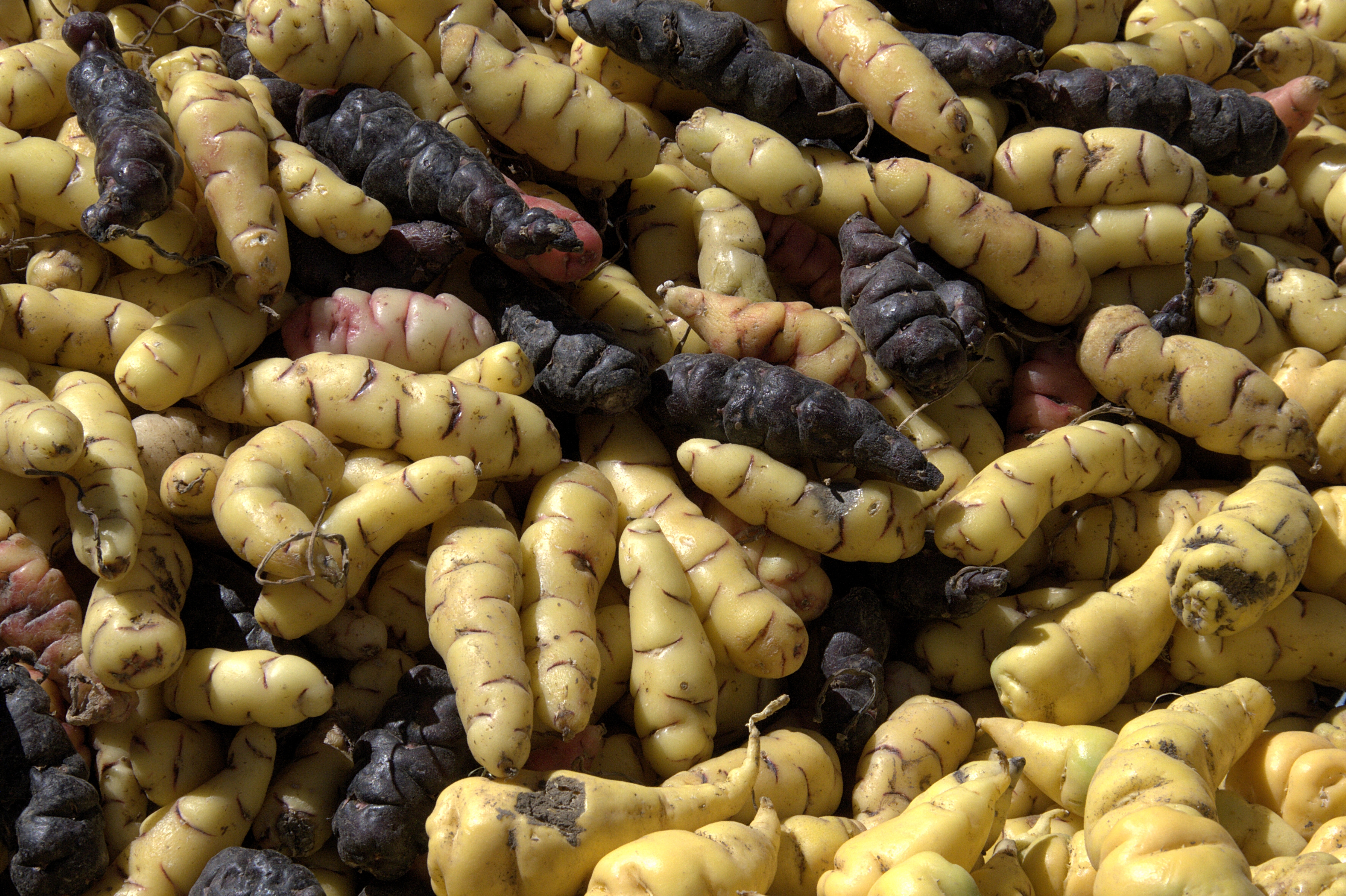 Oca (Oxalis tuberosa) is an Andean root vegetable traditionally grown from northern Argentina to Colombia in cool mountain climates. It is known as one of the “lost crops of the Incas,” because, although it was originally cultivated alongside the potato, it was not adopted into European agriculture as the potato was.

Although it is not a potato, oca is used and grown similarly to the potato and is often positioned as an alternative that is more disease resistant. The individual tubers are smaller, but yields are similar. Oca tubers come in a wide range of vivid colours, have thin waxy skins, and are often prepared whole, like new potatoes.

The two new varieties, Redshift and Sockeye, were bred in coastal Washington state and selected based on their high yields, good flavour, and attractive colours. Sockeye has a tart flavour and a dense texture that has been compared to winter squash with lemon. Redshift has a non-acidic flavour that is similar to potato.

These are the first new oca varieties bred specifically for the North American market. They were created using traditional plant breeding methods without any synthetic inputs, and have been released as open source varieties through the Open Source Seed Initiative.

“Oca is a specialty crop that is starting to attract a lot of attention,” said Cultivariable owner and vegetable breeder William Whitson. “Developing locally adapted varieties is a major step toward establishing oca as an important crop for our region. These new varieties are beautiful, have great flavour, and have performed very well for our trial growers using organic practices.”

In addition to original varieties, Cultivariable offers a wide selection of heirloom oca varieties and many other Andean root crops, such as yacon, maca, ulluco, mashua, and mauka. These crops are well suited to maritime climate regions in North America.