B.C. seed producers and supporting organizations are encouraging farmers to take back the control of local seed. 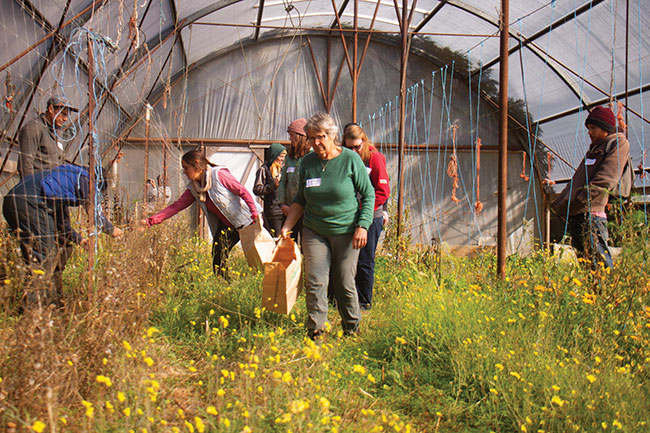 Farmers need multiple things to grow crops, but even with soil, water, sunshine and various nutrients, there’s a singular item that makes it all happen – seeds. Without seeds, there are no crops, no matter what other inputs are available. Yet, over past decades, farmers gave much of the control over their seed to others; often unwittingly to large companies that don’t focus on local varieties suited to various growing conditions. Even with talk of the 100-mile diet and local food, seed seems to be absent from the conversation.

Fortunately, there are a number of groups and individuals beginning to take that control back and are sharing the message about the importance of seed. Farmers and seed growers alike have recognized the benefits of local seed in its adaption to the local environment, but accessing large volumes has often been the challenge. In B.C. (and a number of other Canadian regions) the move to create reliable access to production-volumes of seed is already underway giving farmers options and greater control over the future of their crops.

B.C.’s focus is on vegetable seed, while on the Prairies, many farmers still grow their own grain seed, but there is room to create more organic methods and bring more seed-growers into the market. Each Canadian region has a specific need and interest.

David Catzel might be best described as a seed advocate or perhaps a seed nerd. In his role as director of B.C. Seed Program with FarmFolk CityFolk and as a regional coordinator for The Bauta Family Initiative on Canadian Seed Security (Bauta), he is focused on ensuring seeds become part of the sustainability conversation.

“We’ve had 150 [or] 200 years of seed security moving in the other direction, which is away from the public domain,” he explains. “All farmers did this [grew their own seed] before 1900.”

The Pacific Northwest is one of the world’s best seed-growing regions for dry-seeded crops like spinach and kale according to Sal Dominelli of Sweet Rock Farm on Gabriola Island. It’s a five-acre farm that grows seed crops, produce for farmers markets, about 40 fruit trees and has a small flock of sheep, chickens and a horse. He leases a half acre off-farm to keep some crops separate and grows about 100 varieties of vegetable seeds, though not all in one year.

“For decades, as farmers have stopped saving their own seeds in favour of buying new, ‘improved’ varieties, our diversity in vegetables and fruits has been shrinking dramatically,” he says. “So much so that many old varieties have been lost.”

Together with 15 other growers, Catzel (though his farm cooperative, Glorious Organics Co-op), Dominelli and Mary-Alice Johnson of Full Circle Seeds on Vancouver Island make up the B.C. Eco Seed Co-op which includes both certified organic and conventional seed growers.

“Each of them market and sell seed collectively,” says Catzel of the seed co-op. “It’s only about four years old and it’s been contributing fairly well to increasing Canadian-grown seed.” 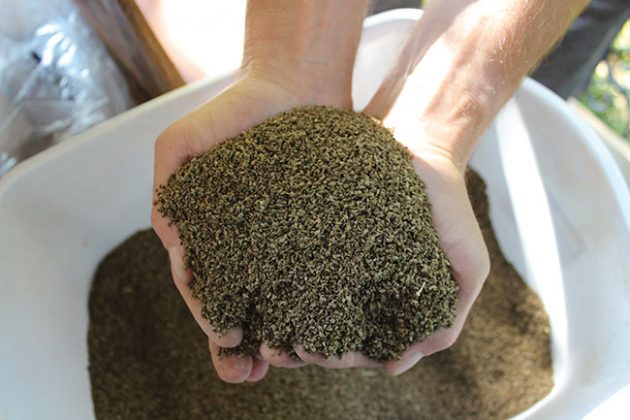 Using local seed will yield better because it is specific to the local climate. Photo courtesy of David Catzel.

It’s a model Bauta believes in. As Catzel explains, the intent of the co-op is to be able to provide seed to both gardeners and farmers. Therefore, whatever is available to gardeners in packets is also available to farmers in weighed volumes.

Johnson intensely farms four to five of her 17.5 acres, leaving the rest wooded. She bought the three parcels in 1986 and went to commercial-scale production in 1989. She now grows more than 200 varieties of seeds. The most popular being tomatoes, but also lettuce, peppers, salad greens, herbs and flowers.

“It’s very well buffered which makes it really good for seed saving,” she explains of the land.

Planting, harvesting and seed distribution can all happen at their own time without too much overlap. Johnson explains she’s been saving seeds since her first year of farming and the late fall to early winter is ideal for getting seed out to others.

“There’s lots of packaging,” she says. “It’s a good thing to do in the winter.”

Like Johnson, growers in the co-op sell their seed through the co-op as well as their own channels such as online or at markets. She fell into seeds naturally and quickly found that farming is her passion.

“I just play really, really hard at my farm,” she says. “Playing with seeds is like playing with jewels. The tactile, the sensory. I was shelling scarlet runner beans and saying to myself, ‘I want to do this for the rest of my life whether it makes financial sense or not.’ I’ve been very privileged and lucky to be able to do that.”

Dominelli isn’t sure when the transition from gardener to farmer occurred as it was gradual. He started gardening about 25 years ago.

“Every year I grew more of our family’s food until I set up a roadside stand to sell the extra we had and at one point had an aha! moment where I realized that I could actually make some real money at this,” he says. “I now farm for a living.”

But farming is hard work and it isn’t easy making a living. That’s why the Bauta program and FarmFolk CityFolk are so important – because they support farmers. FarmFolk CityFolk’s seed security program has been running about seven years. It now primarily consists of a mobile seed-cleaning unit, a seed trial farm in Abbotsford, seed swaps and markets known as Seedy Saturdays or Seedy Sundays and involvement in CANOVI (Canadian Organic Vegetable Improvement) through which farmers do variety trials.

“We mostly work with farmers. On the ground with farmers working with seed,” Catzel says. “These are on farmer fields, so we’ll send them 25 different types of carrots. They are blind trials.”

As B.C.’s focus is on vegetables, growers identified a number of seeds they required such as kale, spinach, leeks and beets. Some are hybrids.

“Right now we’re working with carrots and peppers,” Catzel says. “We are working on a red carrot. My job is to convince [farmers] to get into seed growing. There’s a lot of farmers that are doing this already. There’s some farmers out there who probably do this better than the university breeder.” 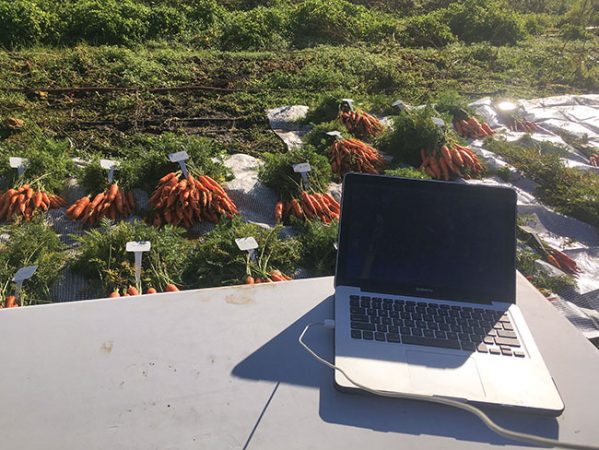 Right now, the B.C. Seed Program is conducting blind trials with carrots and even working on a red carrot. Photo courtesy of David Catzel.

“Inevitably, within five years, that company is going to drop that variety and then you don’t have that favourite variety,” he says. “British Columbia is pretty unique because we talk about locally adapted seed, but what does that really mean? We have a lot of different micro climates, so it’s really specific, but, it’s still about farmers learning to adapt seed to their own farm. We’re not saying we don’t need hybrid seeds or those seeds for large monocrop farms. It’s just that the more seed variety we have, the better we will be.”

“We’re not saying we don’t need hybrid seeds or those seeds for large monocrop farms. It’s just that the more seed variety we have, the better we will be.”

Using local seed will yield better because it is specific to the local climate. Then there’s the consolidation of seed companies to consider. They will invariably reduce the number of varieties they offer and it will be a challenge to find that variety that works well on a few farms, but not across North America.

Plus, while hybrids can be more productive in some cases, Dominelli notes that they are often bred using synthetic fertilizers, fungicides and pesticides and can perform poorly when grown in an organic environment. He adds that heirloom varieties that are more resistant to disease, do well in drought and thrive in certain regions are close to being, or are already, lost.

“I didn’t think too much about it until one year, I tried to buy a bean seed that I had quite liked and it was no longer available,” he explains. “It was a bit of a revelation to realize that seed companies drop varieties all the time, for various reasons. I managed to track the variety down somewhere else and have been saving it ever since.”

Johnson is focused on not relying on others for her seed. “We use our own seed to grow for the market [produce] so we don’t need to buy much seed,” she says. “So we save quite a few [crops] for letting them go to seed.”

The importance of seed can’t be underestimated. “People understand local food. They’re getting there now. It’s like the buzz word. So even places like Loblaws and Save On, they try to push that idea and nobody thinks about where the seeds came from to grow that food,” Catzel says. “There’s a bunch of seed companies in Canada and I’d say 90 per cent of the seeds they sell aren’t grown in Canada.”

Perhaps Dominelli sums it up best when he says that all food comes from seeds first. No seeds, no food, and these B.C. seed growers are striving to fill an assortment of local appetites.