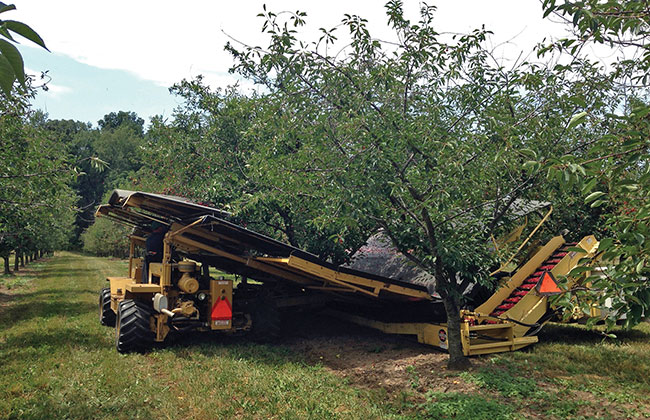 Bright red cherries rain down, shaken from their trees by a harvester to “Let’s Shake,” a jaunty bop by Hamilton, Ont.’s Teenage Head. Haist Orchards at cherry harvest is a flurry of activity, and Jim Casson’s contest-winning video captures the perpetual motion required to take the cherries from farm to finish.

“Jim is a very talented guy,” says Linda Allison, farm-runner of Haist Orchards and Jim’s aunt. “And it certainly shows the process – from tree to harvester to flushing and cooling at the barn, to loading and sending ice cold cherries on their way to Cherry Lane in Vineland, for processing.”

In early December, Casson’s video was selected as the winner of the What’s Growing Canada video contest, run by Fruit & Vegetable magazine and BASF Canada. Over the course of the 2019 growing season, farmers across Canada were invited to submit production-focused video clips from their operation for a chance to win, among other prizes, the grand prize package of two tickets to the Ontario Fruit & Vegetable Convention, held in February 2020 in Niagara Falls, Ont., and $500 CDN.

Casson’s career as a musician makes him uniquely situated to interpret farm life for those outside of it. “So many people don’t understand the process of – from tree to table,” he says. “So, this was one way to show them, in a concise little video, the process of how we get the cherries off the trees and ship them off to the factory.”

“So, this was one way to show them, in a concise little video, the process of how we get the cherries off the trees and ship them off to the factory.”

While Allison didn’t know what Casson was doing with the film equipment at the time, she was thrilled with the result. She adds, “It’s fun for people to actually see the process of picking cherries by machine. Lots of people, even in Pelham, haven’t seen a harvester work. When those cherries fall onto those harvester nets and then roll up the elevator, it’s the prettiest thing you’ve ever seen.”

The mechanical cherry harvester is part of her family legacy. Her father and uncle, Howard and Cecil Haist, were entrepreneurs in the ‘60s. “They brought the first cherry harvester to the Niagara region – there were already mechanical harvesters in Michigan – and that was a big deal. And from then on, things just started to fly.”

For Allison, the Haist family’s role in Canadian agriculture is a great source of pride.

“My family started six or seven generations ago here in Pelham,” Allison says. “My great-great grandfather and my great-grandfather came from Germany and started with mixed farming and moved into fruit.” Casson agrees. “There’s a lot of pride involved because of the family history,” he says. “And knowing that it’s putting good product into the markets and onto the tables of people in Ontario and Canada.”

When asked about the future, Allison’s infectious enthusiasm dims just a little. She says that, two years ago, an extremely cold January resulted in a loss of 50 per cent of their older orchards come springtime. “Now the farm looks very different. There are young orchards and there are mid-aged orchards – 10 years to 15 years,” she says. “But in between all these orchards there are now empty fields, because we’ve made the decision, along with most growers around here, to not replant.” 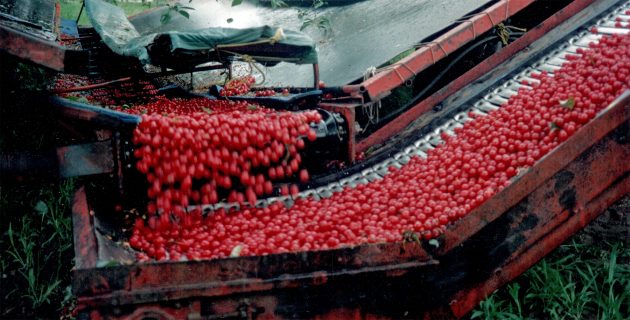 “I don’t know where we’re going, I just hope it’s still farmed,” she continues. “I hope it still looks fabulous when you drive down Highway 20,” Allison says. “Jimmy’s ready [to take over the orchard], and I’m ready. I mean, I probably should have retired five years ago. He’s ready to take over, but I don’t want him to take over at 15 cents per pound.”

Allison swiftly shakes off uncertain thoughts of the future, back to her cheerful demeanour. She notes that they’re trying to find another use for the fields in the meantime. For the moment, she’s happy to tend the fields while sitting on a tractor. “Especially mowing,” she says. “I love to make the farm look great.” 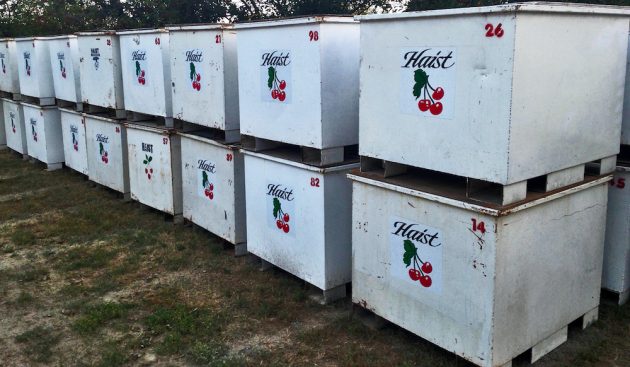 The video was one way to show the process of how Haist Orchards gets the cherries off the trees and ships them off to the factory. 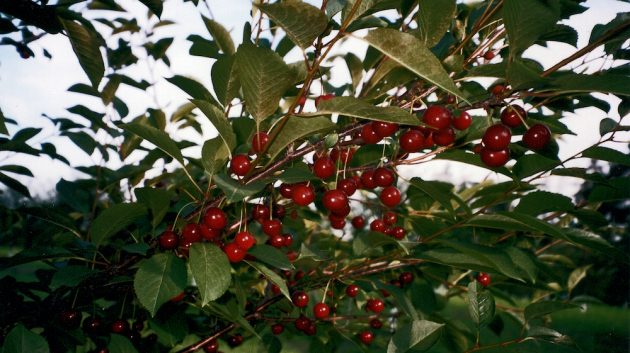 Allison has many farming family members still in the Pelham area, but her sense of community pride also extends to the friends she’s gained over her years on the farm, of whom she speaks with obvious affection. Success, she says, “Depends on who you have around you – family who are encouraging, farmer friends who are smarter, older, more experienced,” she says. “All these people help you to just keep going.”

“It’s just something you have in your blood, I think,” Allison says. “I grew up here on the farm. We’ve gone through a lot of changes, but the truth is we’re only caretakers, aren’t we? You’re just doing good things on the land, or hope you are, until the next generation takes over.”