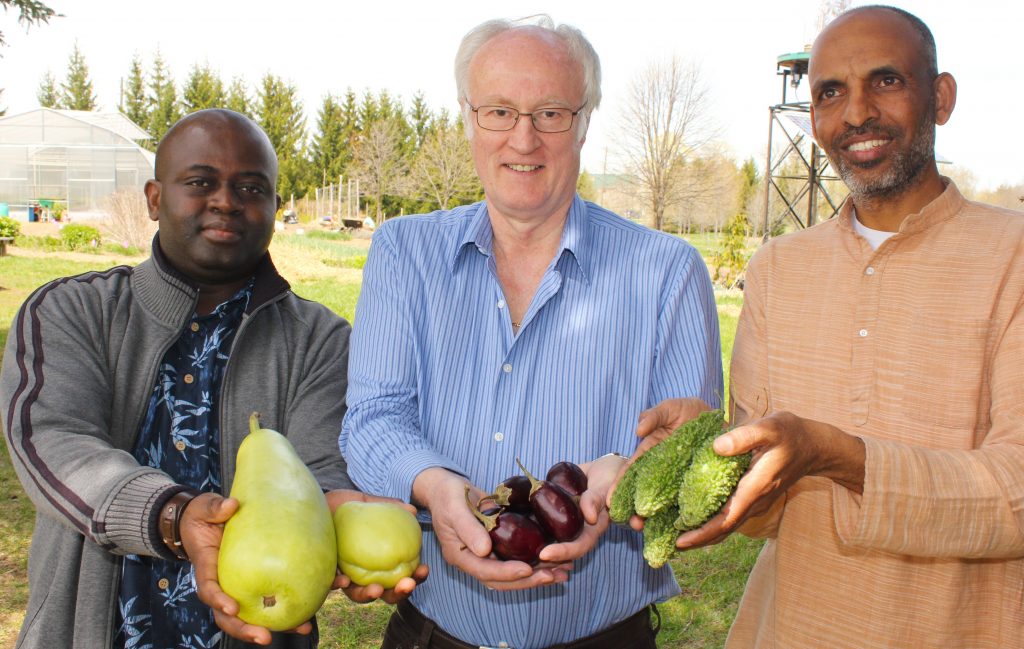 Prof. Glen Filson, School of Environmental Design and Rural Development (SEDRD), hopes the new study will encourage local growers to produce vegetables favoured by recent arrivals from South Asia, who spend more than 30 per cent of their food budget on vegetables.

“The potential this niche market represents to Ontario’s rural economy is huge,” Filson said. “The soils north of Lake Erie, and of the Niagara Peninsula, the Holland Marsh, south Lake Simcoe and even the Ottawa Valley are suitable for growing certain ECV crops, and some, such as okra, will prove to be profitable.”

At about 800,000 people, Canadians of South Asian descent make up the largest cultural group in the GTA and spend $33 million a month on ECV – about half of the $61 million spent by the three largest ethnic groups (South Asian, Chinese and Afro-Caribbean Canadians) in the GTA each month.

Even though many vegetables decline in nutritional value and flavour within a week of picking, most of the ECV available in Ontario still come from overseas, many from as far away as China and India. Consumers are willing to pay extra for preferred produce.

“It’s unlikely for South Asians to totally abandon their traditional diet,” Filson said. “To the contrary, the demand for these vegetables is likely to increase with time as Canadians of European descent are beginning to enjoy tropical veggies along with their peas and carrots.”

Many ECV, such as okra and kaddu (Asian pumpkin), could be grown here. Ontario’s growing season may be shorter than the native climates for many of these vegetables, but some of this produce can be grown in greenhouses, or started there and finished in fields, says Filson. Although local production of ECV probably cannot guarantee supply all year long, the researchers say it would guarantee food safety, improve the nutritional value of the produce and enhance Ontario’s economy.

“Financial incentives such as tax credits would help local farmers who are willing to try growing ethnocultural vegetables,” says Filson. “We don’t know enough yet about the production costs.”

The researchers have received funding from the Ontario Market Investment Fund and the Ontario Ministry of Agriculture, Food and Rural Affairs’ Knowledge Translation and Transfer Program to study ECV demand, value chains, pricing and availability in mainstream grocery stores.