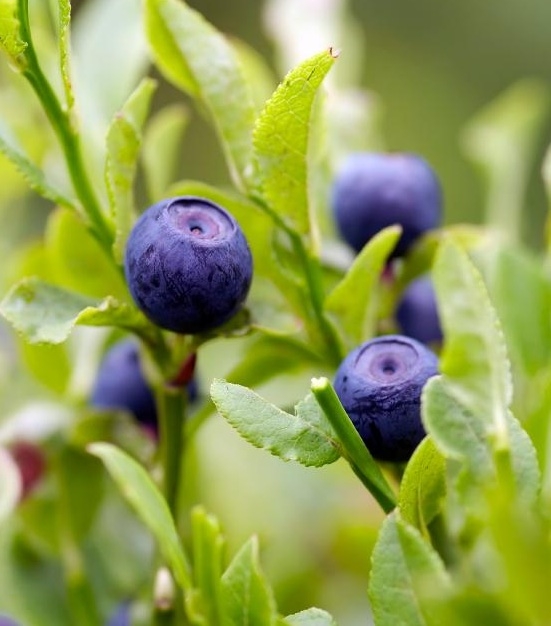 The blueberry sector is being driven by international demand and in 2016, Canada exported 94.8 million kilograms of frozen blueberries, an increase of 33.7 per cent from 2011.

May 10, 2017, Ottawa, Ont. – Statistics Canada released the 2016 Census of Agriculture today, providing an overview of each agriculture sector in Canada.

According to the Census, fruit, berries and nuts acreages rose 6.7 per cent from 2011.

The Census reports that the blueberry sector is being driven by international demand and in 2016, Canada exported 94.8 million kilograms of frozen blueberries, an increase of 33.7 per cent from 2011.

The Census notes that both blueberries and cranberries are amenable to mechanized harvesting, allowing operators to increase the scale of their operation with a minimal increase in the number of employees.

The area of strawberries, raspberries and apple orchards show declining numbers. Strawberry acres dropped 8.4 per cent to 10,155 acres and raspberry acres decreased by 23.7 per cent to 5,651 acres.

According to the Census, both the strawberry and raspberry sectors have been faced with disease outbreaks and labour and market challenges.

Apple orchard acres across Canada have decreased 3.2 per cent from 2011 to 43,631 acres in 2016. The largest decrease in has been in Nova Scotia and Quebec.

However, despite declining area, the apple sector reports acres being used more intensively, with the yield of apples in Canada increasing from 7.2 tons per acre in 1996 to 10.0 tons per acre in 2016.

According to the Census, one in eight farms, or 12.7 per cent, sell food directly to consumers, with 96.1 per cent of products being fruits and vegetables.

Overall, farm profits are unchanged since 2010 and farms were as profitable in 2015 at the national level as they were in 2010. The gross farm receipts totaled $69.4 billion in 2015, with primary agriculture accounting for 1.5 per cent of the national gross domestic product in 2013.

Agriculture goods accounted for 2.2 per cent of Canada’s total imports and 4.6 per cent of total exports.

For more information or to view the entire Census of Agriculture, visit: http://www.statcan.gc.ca/daily-quotidien/170510/dq170510a-eng.htm