What started as a healthy way to eat has grown into a hearty operation of nearly 100 sprouting seed varieties. 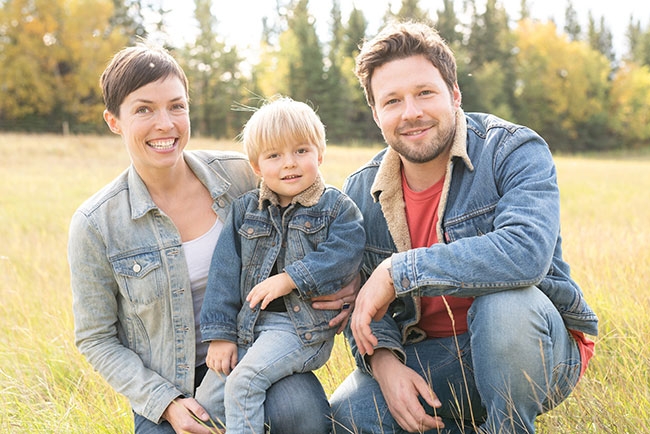 Lisa Mumm, her husband Paul and son Nico. Lisa took over the family farm operations in 2012.

What started out as a simple idea to add variety to the prairie diet through the winter months has sprouted into a successful family business.

Maggie and Jim Mumm began their farming careers as members of a co-operative operating a small farm not far from Prince Albert, Sask., in 1974. The couple wanted to supplement their winter diet with greens grown on the farm, which was a bit of a tall order during the long prairie winter. So, the pair started growing alfalfa seeds indoors in order to add the sprouts to their meals. This was groundbreaking (both literally and figuratively) at the time.

After a few years of learning and honing their growing techniques, the couple began to see a market opportunity. With that, Jim and Maggie officially began Mumm’s Sprouting Seeds in 1982, where they began selling organic alfalfa seeds locally.

From there they watched their personal interest in sprouts and micro greens grow into a successful business.

“Jim and I were the only ones involved in the business until 1995 when we hired our first employee,” Maggie says. “We have been constantly amazed with the growth of our business, which now has over 90 varieties of organic sprouting seeds and micro greens and 20 employees.”

Managing that constant growth is something Maggie describes as both an early and current challenge. In 2000, the business had outgrown its original space in the family home and buildings on the farm. At the same time the nearby village of Parkside was looking for new uses for the old town curling rink.

“We converted that curling rink into an office and warehouse,” says Lisa Mumm, Maggie and Jim’s daughter. “That was expanded about five years ago to create more warehouse space. It’s located about six miles from our farm.”

There was never any thought of moving the business from Saskatchewan. In fact, Maggie explains that the region has an excellent base of organic growers and good weather for, “producing very hardy sprouting seeds.”

There was never any thought of moving the business from Saskatchewan. In fact, Maggie explains that the region has an excellent base of organic growers and good weather for, “producing very hardy sprouting seeds.”

After earning an education, Lisa returned to the family farm and took on running the business in 2012.

“They were trying to be as self-sufficient as possible,” Lisa says of the early years when her parents were simply trying a few things out. “They were quite alternative in a number of ways.”

Today, Mumm’s Sprouting Seeds sources organic seed from their own farm, other farms in Saskatchewan and farms in other climates that grow seed impossible to cultivate on the Canadian prairies. These nearly 100 types of seeds are then shipped across the continent and occasionally around the world.

Lisa’s current focus is on the Canadian and U.S. markets. Currently the majority of Mumm’s sales are within Canada, approximately 20 per cent are to the U.S., and international shipments are minimal at maybe one or two shipments per week.

“The business is larger than our farm can supply. So, we work with other organic farmers in Saskatchewan for most of our seed,” Lisa says. “For organic seed for other climates, we work with growers outside of Saskatchewan. Because Mom and Dad have been in the business since 1982, there are a lot of long-term relationships [with growers], even many outside of the country. We have a couple in Nebraska that have been growing for Mom and Dad almost since the beginning.”

Each of Mumm’s seed lots goes through rigorous quality testing prior to coming into the facility. Colour, taste (of the sprouted seed), yield, appearance and mould levels are all part of the equation. The environment impacts each of those variables differently, like wet years causing mould in wheat. Lisa says even some of the wheat seed grown on the home farm was rejected.

Growing seed is different from growing crops in that the entire life cycle of the plants must be tended to, to ensure the best possible seed. Organic seed production is just that much more difficult. The prairies are best suited to cereal grain and legume seed while basil and carrot seeds are better grown in other climates.

All farms that grow for Mumm’s adhere to the same requirements (GFSA standards and CanadaGap programs) whether they grow top sellers like alfalfa, sunflower or broccoli or unique seed like oriental wasabi mustard, sesame or ancient eastern blend.

In those beginning years, before partner farms were added into the mix, they operated the business with just the 500-acre farm in Shellbrook that the couple had taken over from the co-operative. About half the land was (and still is) forest.

Saskatchewan has harsh seasons, so the Mumms focused on what grew well in their climate and gradually looked to others who could do the same using organic principles. The operation has been farmed organically since 1970, which has come with certain challenges. 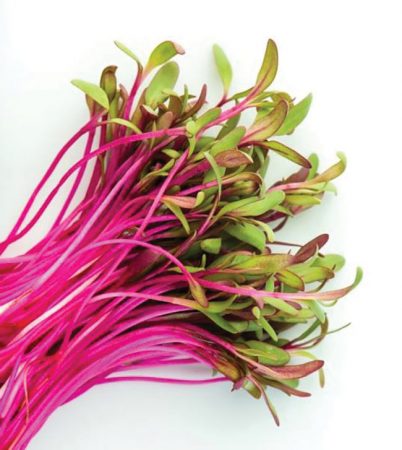 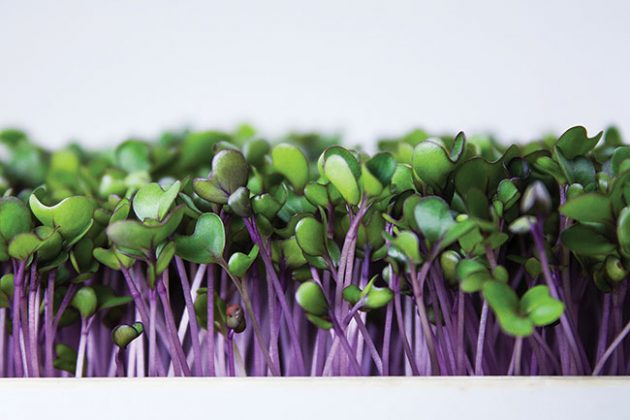 “Canola used to be a fairly strong crop for us in the 1990s’, but now it’s hard to grow organic canola without losing the entire crop,” explains Lisa, who is an active advocate for the organic sector and currently holds a seat on the board of the Canada Organic Trade Association. “We lost our customer base for the canola as well when the GE [genetically engineered canola] came.”

Lisa adds that climate change has been another challenge for her operation. “We’ve seen some of the driest years. We’ve seen some of the wettest years, all within the last 15 years,” she says. “All of the extremes, we’ve seen it in a short period of time. That impacts supply and also poses quality issues. That has been one of the biggest issues.”

Similar to all other sectors, the organic sector is at the mercy of consumers and their ever-changing demands. These days Lisa says consumers seem to be more and more conscious about the origins of their food and what goes into it, which is something the Mumms family has embraced from the beginning.

“We are very committed to organics,” says Maggie. “I feel that the world will become a better and healthier place as the organic sector grows.”

With consistant growing pains in the sector, Lisa says maintaining the constant supply of organic seed has been a trial at times, as the production side of the business sometimes struggles to keep pace.

“That’s true for others [in organics] as well,” she says. “The organic sector has been growing at a steady pace for a number of years now, so it’s a good market to be in. However, it can be fairly knowledge intensive and it can be a steep learning curve.”

Fortunately, as Lisa notes, there is plenty of information available for those willing to put in the time to research. The Organic Agriculture Centre of Canada at Dalhousie University is one source she points to as well as provincial agriculture groups and the knowledge from fellow growers who have gone organic.

“My dad spent a fair amount of time mentoring farmers who wanted to transition [to organic],” she says. “That’s a nice piece as well if you know other people in your community who are growing organically. Mom and Dad were pioneers in a sense. Part of it stems from the fact that they were on a co-operative farm. They wanted to produce as much as they could on the farm. They were always testing new seed types and new varieties. They were very experimental.”

“Everything they grew could be grown on their kitchen counters. That still the method that we advocate. It’s a simple procedure that doesn’t need special or fancy equipment,” Lisa adds.

From humble beginnings, in what is often described as a harsh and unforgiving climate, Mumm’s Sprouting Seeds has grown a successful organic enterprise from their dining room table.