Equipment Spraying
Spraying insecticide? There’s an app for that 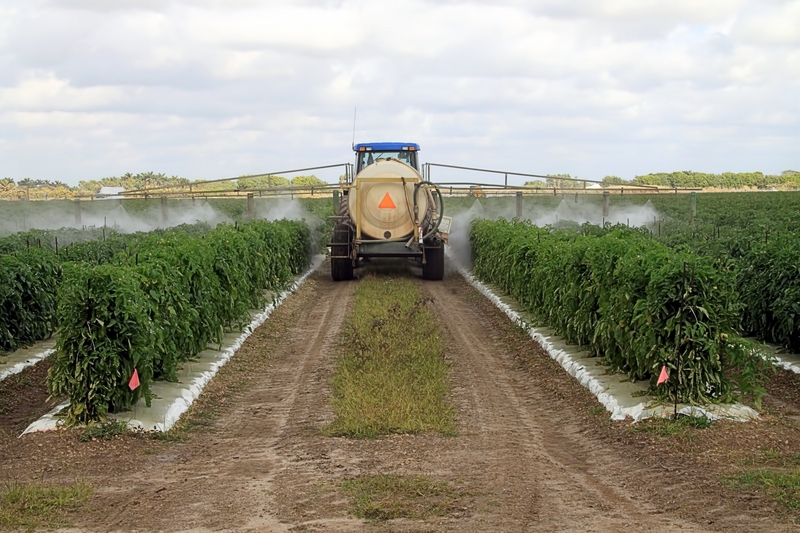 The apps were developed by Agricultural Research Service (ARS) scientists Bradley Fritz and Wesley “Clint” Hoffmann at the agency’s Areawide Pest Management Research Unit in College Station, TX. The apps are designed to ensure that aerial and ground-based crews can hit targets and minimize pesticide drift by keying in specifics on the type of equipment and pesticide they are using.

With dozens of manufacturers producing dozens of different types of spray technology – each with its own nozzle type, flow rate, and pressure setting range – the equipment setup can get pretty complicated. Aerial sprayers also must factor in wind speed, air temperature, flight speed and humidity.

The apps incorporate the latest science of spray technology, including spray nozzle atomization models developed by ARS at College Station. They can be used with a smartphone and accessed right from a field or the cabin of a small aircraft. More than half of all aerial applicators responding to a survey by the National Agricultural Aviation Association reported using smartphones. Data also can be saved for later use and e-mailed to colleagues.

One app is designed for ground-based spraying for mosquitoes and other threats to public health. It covers 60 different sprayers made by 19 manufacturers and was developed jointly with the Department of Defense’s Navy Entomology Center of Excellence in Jacksonville, Fla. The user selects the appropriate sprayer and is guided through the process of selecting specific operational settings, such as the nozzle type, flow rate and spray pressure setting.

The other app, for aerial spraying, walks users through the process of adjusting nozzles and settings so pesticides are delivered at optimal droplet sizes. Droplet size is critical in aerial operations to ensure on-target deposition and minimize pesticide drift. The user specifies the nozzle manufacturer from a menu and is steered through a series of screens and prompts that, based on the specific operating conditions, helps him or her select the right size of the nozzle opening, spray pressure, nozzle orientation and airspeed.

The apps are available online through the Apple iTunes App Store and the Google Play Android Marketplace by searching for “Aerial Sprays” for the aerial application app and “Vector Sprays” for the ground-based sprayer app.