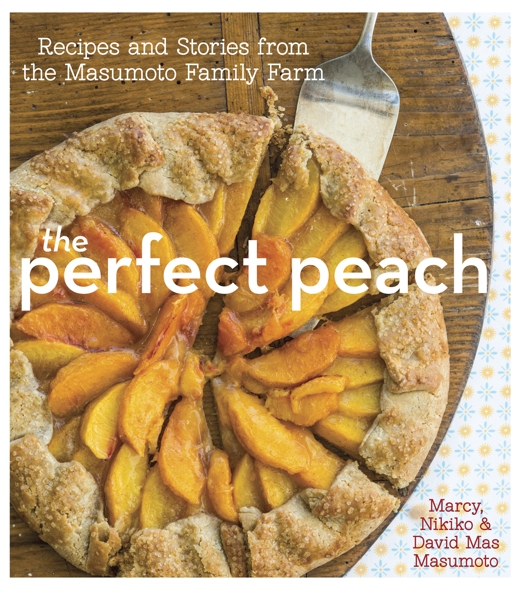 So as he walks through his central California grove at harvest time, showing his two workers which trees to pick, his wife and daughter, Marcy and Nikiko, work a different side of the operation, preparing a recipe from the family’s newly published cookbook.

They saute fresh peach slices in butter and brandy, then whip heavy cream and pour wholegrain batter into a waffle iron, creating one of the dozens of dishes from The Perfect Peach.

“The cookbook,” says Nikiko Masumoto, 27, who co-authored the book with her parents, “is a natural extension of what we’ve been trying to do for years on the farm: to use creative ways to share our story and galvanize people about our fruit.”

Like the Masumotos, small-scale growers throughout North America are looking for creative ways to set themselves apart as they find that survival requires more than just selling crops. Experts say these practices are shifting notions of how small farms operate. Since the little guys can’t beat corporate giants on price or production, they’re cashing in on something the big shots can’t provide: an intimate, personal experience.

Across the nation, family businesses are capitalizing on small farm culture by selling products such as jam, olive oil and lemonade. They’re also writing books, hosting dinners and renting rooms. The ventures allow the public to share the experience and flavour of small farm life.

“The opportunities for farmers are significant today, because many of us as eaters want to make the connection to the food system, the land and the farmer,” says Craig McNamara, founder and president of the Center for Land-Based Learning in Winters, Calif., which trains and mentors new farmers.

In industry terms, it’s called value-added agriculture, and statistics show the practice is growing. According to the most recent data available, farm operators generated $10 billion in 2007 from farm-related activities other than crop or livestock wholesale, an increase of nearly 80 per cent from 2002.

Value-added agriculture projects are “a way to have a product to sell year-round, even during winter months,” says Shermain Hardesty, leader of the small farm program at the University of California, Davis.

“It reinforces farmers’ connection to consumers,” says Hardesty, who teaches a popular class on the specialty food business. “And by getting involved in marketing their identities, they can expand their profitability.”

The Free Spirit Farm in Winters, Calif., grows produce on seven acres and delivers it directly to more than 40 restaurant chefs in the San Francisco Bay Area.

And the 40-acre Green Mountain Girls Farm in Northfield, Vt., which raises pastured goats, chickens, pigs and turkeys and grows vegetables and fruit trees, offers farm stays, cooking classes and workshops on how to milk goats and make cheese and yogurt.

“Contemporary people are fairly distant from farms, so we’re trying to reconnect them directly with family scale faming and rebuild their skills, so they can use them on a daily basis,” said farm co-owner Mari Omland. “We offer something deeply personal, highly authentic, hands on.”

For the Masumotos, who have worked California’s fields for four generations, it took time to figure out how to best sustain their operation as giant agribusinesses swallowed other family farms.

The corporations that produce millions upon millions of pounds of fruit in the San Joaquin Valley take up massive tracts of land. Gerawan Farming, for example, controls 9,000 acres. And nearby Wawona Packing Co. grows stone fruit on 6,000 acres.

The Masumotos, by comparison, produce stone fruit on just 25 acres.

David Mas Masumoto switched to organics in the 1980s, but found that selling sustainably-farmed fruit proved challenging in an era of perfectly uniform supermarket peaches.

He wrote a book – Epitaph for a Peach – about the struggle to save his heirloom peaches and way of life. And over the years, the family turned that unlikely crop and uncommon lifestyle into a hip, profitable business by involving consumers in the farm through stories.

Each year, people from Los Angeles, San Francisco and beyond come to the farm to pick their own ripe fruit and spend the day interacting with the farmers. Masumoto writes a farming column for the local paper, and Nikiko Masumoto uses Twitter and Facebook to update the public about the harvest.

The family hopes the cookbook adds to those efforts.

In addition to recipes ranging from peach gazpacho to peach shortcake, the book includes essays that provide glimpses into a small farm’s life and vulnerabilities – the sweat, the mistakes, even death. It’s an intentional effort, says Masumoto, because artisanal agriculture is highly personal and transparent when compared with the anonymity and homogeneity of corporate farming.

“The new agriculture is about story-based farming. It cares about the community, the farmworkers and the environment,” Masumoto says. “The more we can differentiate from corporate farms, the more we can gain a new identity and be financially successful.”