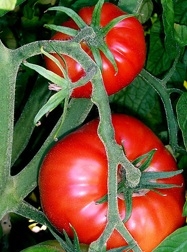 May 16, 2013 – In a study published online in Crop Science, scientists describe a nematode-resistant wheat. But while the wheat carries the resistance to the pest, the benefits are actually seen in the crop that is grown after it.

Root-knot nematodes cause crop losses around the world, and they can be difficult to control. In order to reproduce, nematodes need to infect a living plant root. Once they are present in soil, they can survive winter in a fallow field and infect plants during the next growing season. Trap crops – unsuitable hosts that “trick” the nematodes into starting their life cycle but then prevent them from reproducing – are often a better option than leaving the field fallow.

“Once nematodes commit to being a parasite, they have to complete their life cycle,” explains Valerie Williamson, lead author of the study and professor at University of California – Davis. “If they don’t reproduce, the population dies out.”

Trap crops can reduce the number of parasites in the soil and lessen the effects of the pests on the next crop in the rotation. But crops resistant to nematodes can be hard to find due to the pest’s wide range of hosts, and trap crops are often plants that are less valuable to farmers. In the present study, researchers found a resistant strain of wheat that can reduce nematode numbers in soil and protect the next rotation of tomato plants.

The researchers were surprised to find the resistant wheat. They had tried a number of different rotation crops before turning to wheat. Wheat breeder and senior co-author Jorge Dubcovsky then gave Williamson a strain of wheat called Lassik. Lassik is similar to wheat that is commonly grown, but it has a slight difference. A small segment of genes from another wheat strain relocated, through breeding, into Lassik.

This relocated segment has no effect on yield or behavior of the crop, but Williamson and her co-authors found that it did have a benefit – it made the wheat resistant to nematodes.

“Dubcovsky gave us this strain because it had other resistance genes in it,” says Williamson. “It turned out, to our surprise, that it also had nematode resistance.”

Once they realized the Lassik wheat was more resistant to nematodes than the wheat normally grown, the research team validated the source of the resistance by comparing pairs of strains with and without the relocated segment. Then to determine if rotating the resistant wheat with tomato plants would help protect the tomatoes, the authors grew Lassik wheat and used some of the soil to plant tomato seedlings. The wheat had the effect they were hoping for – the tomatoes grown in soil from the resistant wheat plots were less damaged by nematodes.

The results from the study offer a promising option for reducing nematode damage. The next step is to verify the findings on a larger scale. Williamson and her team grew plants both in greenhouses and in small microplots. They are now anticipating that agronomists will try the rotation on a field scale.

“We wanted to get the results out there so that people who work in the field, farm advisers for example, can see if it works in practice as well as it did in a controlled experiment.”