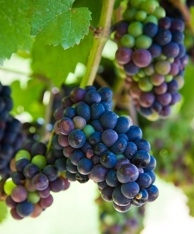 January 2, 2013, East Lansing, MI – A six million dollar grant was awarded to Purdue University during fall 2012 to develop a robotic pruning system that will be capable of pruning grapevines to the same level of quality as hand labour.

Project leader Peter Hirst, Department of Horticulture, in collaboration with members of the Department of Electrical and Computer Engineering at Purdue and Vision Robotics of San Diego, CA, is working to develop and improve machines that use cameras and robotic arms for pruning in vineyards.

The primary issues motivating this research are cost reduction and concerns about the future availability of seasonal labour. According to Michigan State University Extension, pruning is one of the most expensive operations in a vineyard, accounting for about 20 per cent of labour costs, and the availability of workers for pruning can be uncertain.

Vision Robotics of San Diego, a partner in the project with Purdue, has already developed a prototype of an automated grapevine pruner that incorporates stereo vision technology. Two cameras set close together to view the canopy, much as human eyes would, take pictures of the canopy every 0.75 inches and allow the entire cordon to be modeled in 3D before any pruning takes place. A computer translates the 3D vision into a set of actions based on pruning rules written into the software that determine where to make each cut. The cutting system trails the scanning portion of the system and robotic arms make cuts that are guided by lasers.

The current system operates over-the-row and is towed by a small, self-steering tractor that only requires a human operator to move the pruner between rows. Improvements in accuracy of cuts and speed of operations are currently under development.

Although the prototype has been field tested, there are many challenges inherent in designing a robotic pruning system. Variability of canopy architecture, uneven terrain, weather conditions, and the many combinations of training and trellising used by growers must all be accounted for when designing for a complex environment like a vineyard.

Johnny Park, one of the Purdue team members who will be involved with creating the digital 3D models of the vines stated that the challenge is to accurately construct 3D models of trees and vines and program that in such a way that the computer can determine the optimal points to prune. Their goal is to make this work at a speed that makes sense financially for growers.