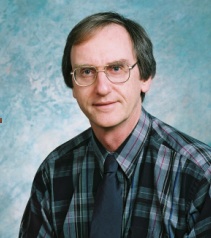 Ridgetown loses dedicated scientist and friend
It is with great
sadness that the University of Guelph’s  Ridgetown Campus announces the
passing of Dr. Ron Pitblado, former associate director of academics, research
scientist and global agricultural extensionist.


November 12, 2009, Ridgetown, Ont. – It is with great
sadness that the University of Guelph’s  Ridgetown Campus announces the
passing of Dr. Ron Pitblado, former associate director of academics, research
scientist and global agricultural extensionist.

Dr. Clay Switzer, former dean of the Ontario Agriculture
College (OAC), recommended Ron for a position at Ridgetown Campus and he began
work as a vegetable pest management lecturer and researcher. Ron’s tremendous
excitement for the development of insect and disease strategies for
horticultural crops eventually lead him to teach thousands of students and to travel
the globe investigating opportunities and sharing his knowledge.

Ron considered his greatest achievement the opportunity to
provide agricultural producers and agriculture diploma students with meaningful
straight answers to their farming questions. He found it very rewarding to
first meet students in the classroom, and later work with them as Ontario
producers. Ron never used a prepared note in the classroom but shared his
experience teaching countless diploma courses, always hoping that students would
share his interest in seeking new ideas.

Ron’s research achievements include the development of
TOM-CAST, a weather timed pesticide spray program used throughout the world in
processing tomato production. The writing and delivery of countless scientific
papers and publications was only seen as successful to him if it was useful for
growers. Ron helped to develop the Ontario Weather Network (OWN), a project to
assist growers with the timely application of irrigation and pest management
products in several crops. During his celebrated research career, he skillfully
tested hundreds of herbicides, insecticides and fungicides for their pest
management potential.

Sharing his understanding of mushroom production,
Ridgetown Campus boasted the only mushroom education facility in Canada and
when Ron wasn’t teaching students at Ridgetown, he taught mushroom production
to countless farmers around the globe.

Also gifted with management and administration talent, Ron
welcomed several leadership positions, including horticulture section head,
associate director of academics, and acting campus director, during his time at
Ridgetown. He worked tirelessly to help colleagues with their teaching
methods and addressed opportunities for enhancing learning.

No matter what the task, Ron worked diligently, with
passion and with an endless joyful song in his heart while he strived to make a
difference in everything he did. When once asked what was the greatest
gift he ever received, he quickly replied, “That’s easy – the gift of wonder!”

Ron retired from Ridgetown Campus in summer 2007. He is a
native of St. Catharines, Ont., and is survived by his wife, Diane, and two
grown sons, David and Doug, and their families.