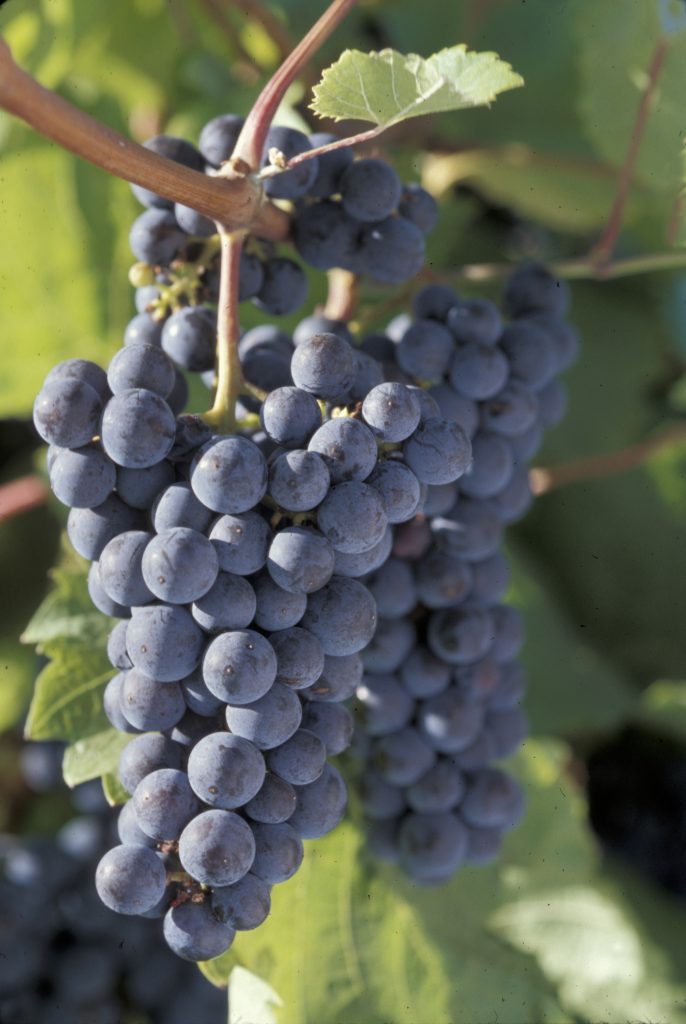 April 3, 2012, Garretson, SD – South Dakota winemaker Dave Greenlee exudes pride as he pours a sample of a 2011 Marquette nearly ready for bottling. Wine connoisseurs who favour vintages from Bordeaux or Napa Valley might not have heard of the grape, but Marquette has been exciting Northern winemakers since a Vermont vintage won best-in-show red at a 2009 cold-climate wine competition.

While wineries have been popping up throughout the Upper Midwest, their vintages have tended to be sweet and often suffer from harshness. Marquette offers vintners a chance to make a good, dry red. Anne Fennell, a viticulturist at South Dakota State University, said one breeder recently described it as “our first real wine grape.”

Greenlee and his wife, Sue, fermented their first batch two years ago, and they’ve been trading tips since then with peers in other cold states as they work to improve the quality of their wine. Now, they’ll get help from a $2.5 million U.S. Department of Agriculture grant that has university researchers from a dozen states gathering information about cold-hardy grapes and teaching viticulturists and winemakers how to improve their products and market them to a wider audience.

Led by Cornell University, the Northern Grapes Project will work with more than 330 wineries and 1,300 growers managing more than 3,000 acres of grapes from the Upper Midwest to New England.

“Marquette is so new that we are all trying to figure out what brings out the best flavours from this grape,” Greenlee said.

A grandson of pinot noir released in 2006, Marquette is the newest of four grape varieties developed by the University of Minnesota to resist temperatures that can dip into the negative-30s. Winemakers had had high hopes for Frontenac, one of the university’s earlier releases, but the grape’s high acidity proved challenging, and many winemakers have moved to using it in ports.

The prospects for Marquette, a high-sugar, moderately acidic grape with hints of cherry, berry and black pepper, have looked bright since Lincoln Peak Vineyard and Winery in New Haven, Vt., won a best-in-show award about three years ago.

Lincoln Peak owner Chris Granstrom called the grape a “real breakthrough” because it gives Northern winemakers the opportunity to make a dry red on par with those from more traditional growing areas.

“Certainly we still have our job to do in terms of perfecting our growing and our winemaking techniques,” Granstrom said. “It’s brand new, and I don’t really think we’ve even discovered the full potential of it yet.”

Fennell, who is leading the Northern Grapes Project’s fruit composition and genetics component, said there’s still much to learn about Marquette because it was released only five years ago and it takes three years to get a first crop. Researchers are still figuring out how the grapes ripen, the best time to harvest and how many buds should be left when pruning. Those at South Dakota State and the University of Minnesota are responsible for identifying and characterizing the novel flavour and aroma compounds, information that can help winemakers tweak their processes.

“All of that is known for these old European varietals that are out there,” Fennell said.

Tim Martinson, the Cornell scientist leading the project, said cold climate winemakers and grape growers share information and tips at conferences and over the phone, but the project will pull it together in writing and make it available through papers and webinars. The goal, he said, “is to raise the industry.”

Patty Held, an International Cold Climate Wine Competition judge, said she noticed a big improvement in the reds from 2010 to last year. The winemakers improved the complexity, flavours and aromas of the cold-climate varietals and are getting better at learning what they can do with their grapes, she said.

“Regional wineries are just really doing a great job in drawing attention to what they can do well,” said Held, a Hermann, Mo.-based winery consultant, “and that’s what their market or niche needs to be, realizing that no, they’re not Sonoma or Napa, but that they’re Minnesota or Iowa or Wisconsin.”

At Tucker’s Walk Vineyard, Greenlee plans to fill about 1,000 or so bottles of 2011 Marquette. If all of them are uncorked in the upper Midwest, that’s fine, he said.

“What we have is going to be unique to here,” Greenlee said. “And there’s no reason to try to make it something it’s not.”