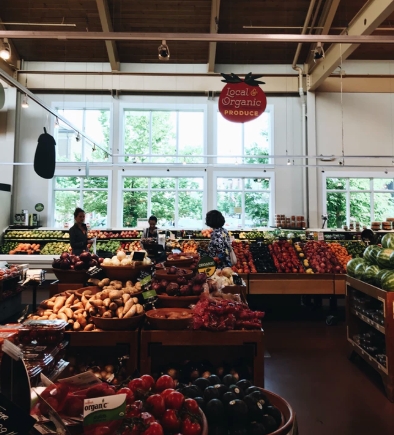 Canadians are most concerned with the rising cost of food and the affordability of healthy food for the third year in a row in the latest research released by the Canadian Centre for Food Integrity (CCFI).

When asked to rate their level of concern on a number of issues ranging from health care, economy and unemployment to climate change and rising energy costs, Canadians indicated they’re most concerned about the rising cost of food (67 per cent). Keeping healthy food affordable was rated second, together with rising energy costs and rising health care costs, all at 63 per cent. Rounding out the top five concerns for Canadians was the safety of food imported from outside of Canada at 55 per cent.

“The results tell us today’s consumers are not only looking for affordable food options, they are also unsure about many aspects about food and the food system and are looking to know more from credible sources,” said Crystal Mackay, CCFI president.

“This research demonstrates that the food system can’t take trust for granted; it must be earned,” said Mackay. “Canadians desire balanced, credible information about food so they can feel confident in their decisions for themselves and their families. It’s up to the entire food chain to turn up the volume and efforts to openly share information about food and how it’s produced, processed and packaged with consumers.”

The 2018 web-based survey was completed in July by 1,509 respondents who reflect the general Canadian consumer population aged 18 or older. The survey results from the 2018 CCFI Public Trust Research can be downloaded at www.foodintegrity.ca in French or English.

The Canadian Centre for Food Integrity is a non-profit organization that helps Canada’s food system earn trust by coordinating research, resources, dialogue and training. Our members donors and project partners, who represent the diversity of the food system, are committed to providing accurate information and working together to address important issues in food and agriculture. The CCFI does not lobby or advocate for individual companies or brands.