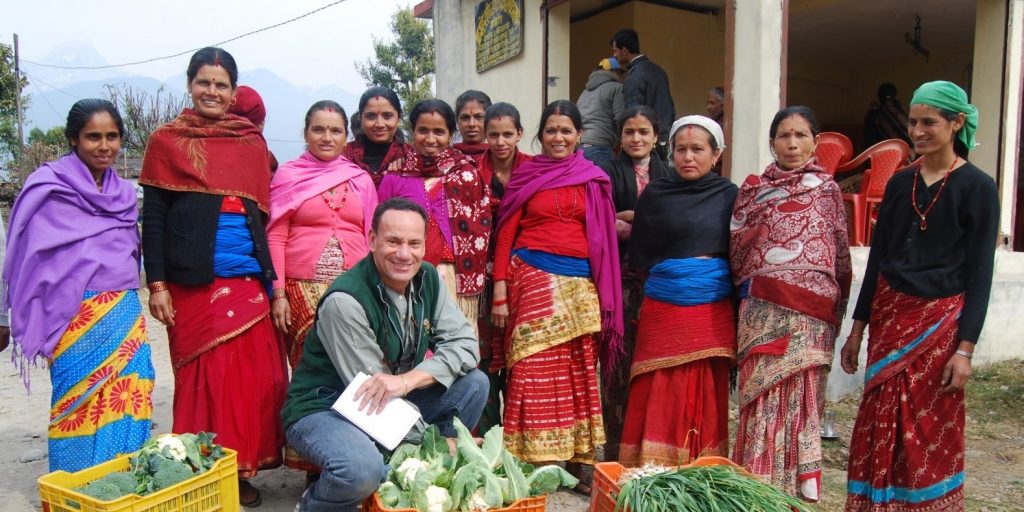 He has lived for extended periods of time in Mexico, Costa Rica, Brazil, Turkey, Philippines, and China and has flown over 5 million miles for agricultural assignments in over 40 countries.

“I am so indebted to former ACES professors Jim Sinclair, Harold Kauffman, and Richard Ford for helping me launch my pursuit of an international career in agriculture. Dr. Sinclair’s role as my major professor was critical – he secured an INTSOY-funded travel grant for me to conduct a year of my doctoral research in Brazil, and this was the seminal experience of my academic career, which convinced me I wanted to work internationally for the rest of my life. Being part of his research team in the Department of Plant Pathology was a humbling experience, which set me up for many successes that were to come in my international career,” he noted.

Bowman is also a champion of horticulture and youth engagement in USAID programming and is dedicated to the pursuit of linking young scientists from U.S. universities to career opportunities in developing countries. In 2018, Dr. Bowman also received the “International Service Award” from the American Phytopathological Society.