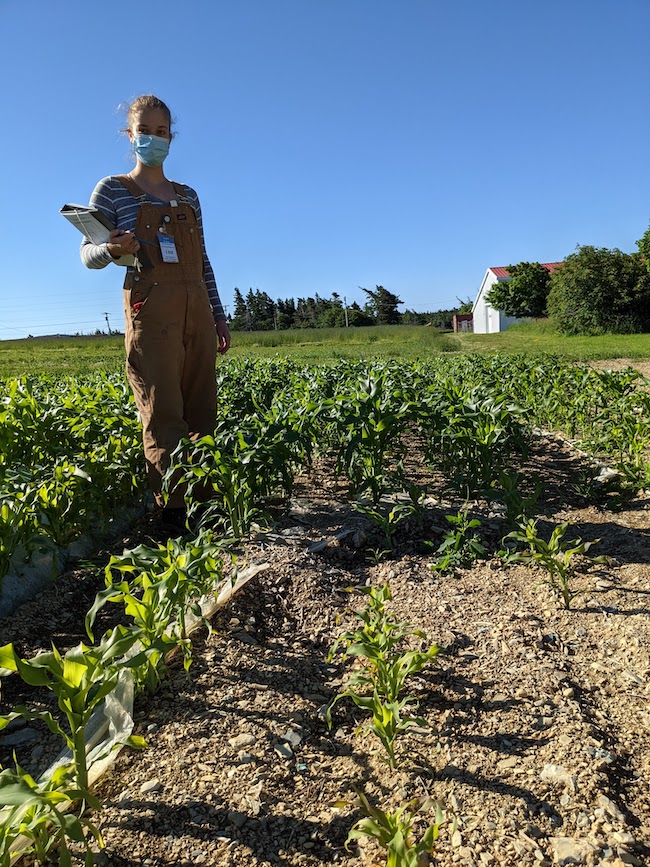 Researchers are collaborating with growers in Canada's North to examine the challenges faced by the northern climate. Photos courtesy of Agriculture and Agri-Food Canada.

Desmond Sellers says it’s crucial to look at food production in Canada’s North through a different lens than production that occurs in the country’s more temperate regions.

He should know: Sellers is the owner/operator of Nature’s Best Farm in Happy Valley-Goose Bay, a town centrally located in Newfoundland and Labrador near the mouth of the Churchill River; the region’s climate borders on the subarctic. Road transport over such a huge geographic area is long and regularly affected by seasonal disruptions, he adds.

Other farmers in Atlantic Canada start planting by the end of April. In Happy Valley-Goose Bay, Sellers says, most farmers are frost-free around June 15. At the other end of the growing season, you can get frost anytime after the first week of September. “You’ll have snow on the ground in October,” Sellers says.

The short growing season is perhaps the most significant of several challenges faced by vegetable growers in the North. Another is climate change: Sellers says a 1.5 per cent increase in average temperatures is often considered a “tipping point.” But his region has already seen an average temperature increase of two per cent since 1940.

Last year, Sellers lost virtually all of his rutabaga and cabbage to heat stress.

Other challenges include labour shortages, as well as extremely costly inputs. Sellers would like to diversify his operation to include livestock, but the area lacks an abattoir. He believes national and provincial agricultural policy doesn’t always account for or adequately compensate Northern farmers for the additional challenges they face to bring fresh, healthy food to their communities.

That’s one reason Sellers is a willing collaborator on research projects that aim to boost food sovereignty and vegetable production in the North.

One such project is an Agriculture and Agri-Food Canada (AAFC) initiative led by research scientists Julia Wheeler and Linda Jewell out of the St. John’s Research and Development Centre in Newfoundland and Labrador.

“Access to fresh, affordable fruits and vegetables can be extremely limited in the North. Supply chains are disrupted extremely easily. Further south, we’ve all come to realize how important an undisrupted supply chain is – in the North, this is an everyday problem,” says Wheeler, whose research looks at productivity and yield in horticultural and forage crops in Canada’s boreal-northern climate zones.

The project, which is evaluating two temperate-climate season extension technologies – bioplastic mulch and low tunnels – was initiated in 2019 and is set to run until 2022 in three northern communities: Happy Valley-Goose Bay, Labrador, St. John’s, Newfoundland, and Whitehorse, Yukon.

One of the season extension technologies being trialed in the study is a bioplastic mulch, a mulch made of microbial polymers: it looks like a thin plastic film that’s laid over the soil after seeding. Its goal is to trap heat and moisture in the soil, in order to warm the soil in the spring, allowing plants to germinate faster.

The other trial involves low (half-metre high) plastic tunnels supported by galvanized metal hoops set out over rows; the goal here, too, is to trap heat and warm the shoot zones to encourage early germination and growth.

“Bioplastic mulches have been used extensively in temperate regions, but haven’t been tested much in the Canadian North,” Wheeler says. “So one thing we’re very interested in is to examine whether the bioplastic mulches can benefit crop production by creating warmer environments, but also in these northern soils, how these plastic mulches break down, and if they break down all the way – and if they don’t, what kind of legacy products they leave in the soil.”

Jewell is a plant pathologist. Her focus in the project is to assess whether these two technologies, while warming the germination environment, also promote higher pathogen loads.

“Sometimes the conditions that are nice and cozy for plants to grow are also good for plant pathogens,” Jewell says. “Are we exposing them to pathogens at an early stage of their life cycle? We’re creating a warmer and more humid environment, so are we creating one problem while we’re correcting another?” 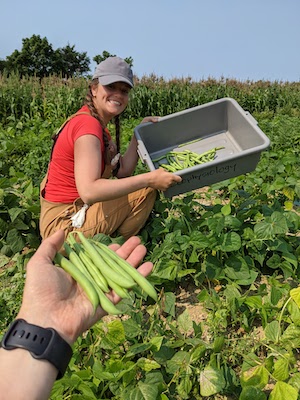 Green beans are one of the crops being used at all three of the study’s sites.

Two crops the team is studying at all three locations are potatoes and green beans. For potatoes, late blight can be an issue during the growing season, and growers also contend with scab, Fusarium, Rhizoctonia and silver scurf. In green beans, which are being treated as model temperate crops in the northern studies, white mould tends to be a challenge. There are other pests for carrots and rutabagas, which are also being studied.

Wheeler says the team can’t yet comment on results, but they do not expect to see the same results from the study’s three locations. “There’s such a big range in climatic conditions and soil types, so solutions that you’re developing for one place are not solutions you can apply everywhere else,” she says. “A lot of what we’ve learned so far is the degree of variability in the different sites. I expect we’ll see highly different results.”

That makes sense, she says, because the three sites have such different soils, among other environmental factors.

Wheeler and Jewell agree that studies like theirs can only happen via close collaboration with and support from local communities.

That starts with the growers, like Sellers, who provide their land as well as their skills in the field.

“We really rely on our collaboration with people in northern communities, because they have the best understanding of their environments and how food production works in those communities and what their priorities are. Research like this only works if it’s co-developed from the start,” Wheeler says.

“None of this work would have been possible without the growers that we’ve had good experiences with. We might bring some skills to the table, but farmers are out there doing the work every day,” Jewell adds.

Sellers says agriculture in his region is still in its infancy and benefits from agricultural science that’s tailored to local conditions. “There are a lot of questions that need to be answered to increase production and boost food self-sufficiency,” he says.

So far, he says he’s seen good results from the trial plots, but it’s too early to say whether the new technologies will work better than what he’s already doing. “One question I have is to what extent the yields would be better [with the season-extension technologies] than what I’d do as a standard operation, which is laying down beds and putting a row cover on the ground? To what extent would be the utility of using biodegradable mulch? I couldn’t comment yet,” he says.

Sellers says one upcoming project he plans to be involved in is a composting trial that aims to reduce local reliance on imported fertilizers – the costs of which can run to three times what other growers in Canada pay. He’s hoping to do his own composting work as well as collaborating with the AAFC efforts. “We’ll be sharing knowledge and doing things a little differently in hopes of being able to understand the best way forward,” he says.

Regardless of the success of the trials, Sellers says more infrastructure is needed in the North, and that will only come with policy changes that explicitly boost Northern food sovereignty – for example, subsidies for freight costs, or funding for local abattoirs.

“If we want to get to the point where we can produce more food in the context of the global instability that we have, we need to be doing things differently in the North and supporting small businesses,” he says. “If we want to be able to produce our own meats and dairies, we need to be looking at it from the point of view of small-scale developmental production, starting with cottage industry.

“Somehow, that message needs to be heard.”