December 15, 2016
By Canadian Federation of Agriculture

December 15, 2016By Canadian Federation of Agriculture 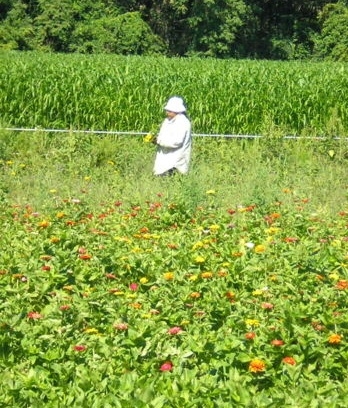 December 15, 2016, Ottawa, Ont – The Canadian Federation of Agriculture (CFA) is pleased with the federal government’s announcement yesterday that the cumulative duration limit, or “four-in, four-out” rule, will no longer apply to temporary foreign workers.

In recent meetings with government officials, CFA has expressed concern that this rule has created unnecessary hardship for employers already struggling to fulfill their labour requirements. It has limited the pool of available, experienced workers and led to significant retraining costs while reducing productivity. Ultimately, it has limited opportunities for temporary foreign workers to attain permanent residency. CFA continues to see increased pathways to permanent residency as a vital component of any long-term strategy to reduce Canadian agriculture’s labour shortages.

“The government’s early action on this file is a critical step forward and CFA is eager to work with government and industry partners in the coming months on a more comprehensive suite of meaningful changes to the Temporary Foreign Worker Program and broader labour market programming,” said CFA President Ron Bonnett.

Removing the cumulative duration rule was one of several recommendations that CFA presented to the House of Commons human resources committee earlier this year.

With recent research from the Canadian Agricultural Human Resource Council highlighting nearly 60,000 vacancies in primary agriculture alone – a figure expected to increase to 114,000 by 2025 – these changes come as a welcome and important move towards meaningful change.

Labour constraints in agriculture continue to cost the industry approximately $1.5 billion in lost sales each year. Farm groups reiterate that this multi-faceted issue requires a long-term strategic approach that includes:

CFA looks forward to obtaining more details of the new requirements for employers to advertise job opportunities to under-represented groups. Connecting with these communities is a priority for the industry and CFA is working with other stakeholders to address current barriers that confront those interested in working in the sector.

Interested parties are encouraged to refer to the Agriculture and Agri-food Workforce Action Plan, developed by a Labour Task Force involving more than 75 organizations, as a roadmap to improving Canada’s agricultural labour market.