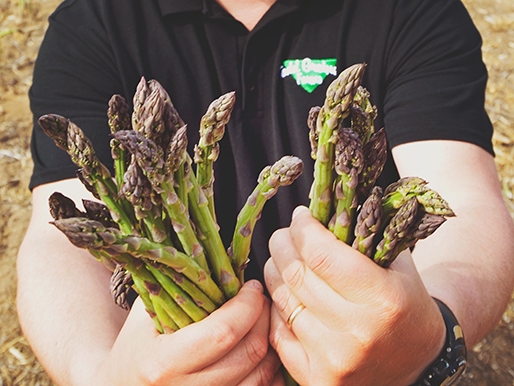 To facilitate growth, the company recently completed a 20,000 square-foot addition to its packinghouse which is the second expansion in the last 12 months and includes two new controlled atmosphere/cold storage rooms and two new shipping and receiving docks.

“We expanded the packinghouse so we could be more responsive to our retail customer’s preferences for value-added product, to increase production, and to modernize our expanding operations,” said Todd Greiner, CEO and president of Todd Greiner Farms.

An important addition to the expansion is a new “flow-wrap style” bagging line that will initially package fresh asparagus into new 16oz bags. The value-added microwave bags were introduced last season to meet the growing consumer trend for quick and easy meal solutions.

After a successful 2017 test, a few modifications were made to increase the package size from a 12 oz to 16 oz bag and make facility changes to increase efficiencies.

This is a critical time, labor and cost savings as the company expects to handle 20 to 25 per cent more asparagus this year to support growing demand.

“We were basically at capacity last year. With existing customers asking us to do more, and new business on the horizon, we simply would not be able to keep pace without this much needed expansion,” Greiner said.

Now that all packing facilities are under one roof – previously the company operated two packing sheds in different locations – operations will be streamlined with a more efficient and simple process for tasks including shipping, inventory and food safety certifications.

Greiner notes that the expansion will also allow the company to increase production of other commodities including zucchini, summer squash and sweet corn.

The Michigan asparagus season typically runs early-May to late-June with promotable volumes expected for Memorial Day so it is time to set adds now.

In addition to its locally grown, domestic pedigree, Michigan asparagus is also known for being “hand snapped” versus ground cut. The end result of this harvest technique is an all green, all edible spear with more shelf appeal and more total yield per spear.