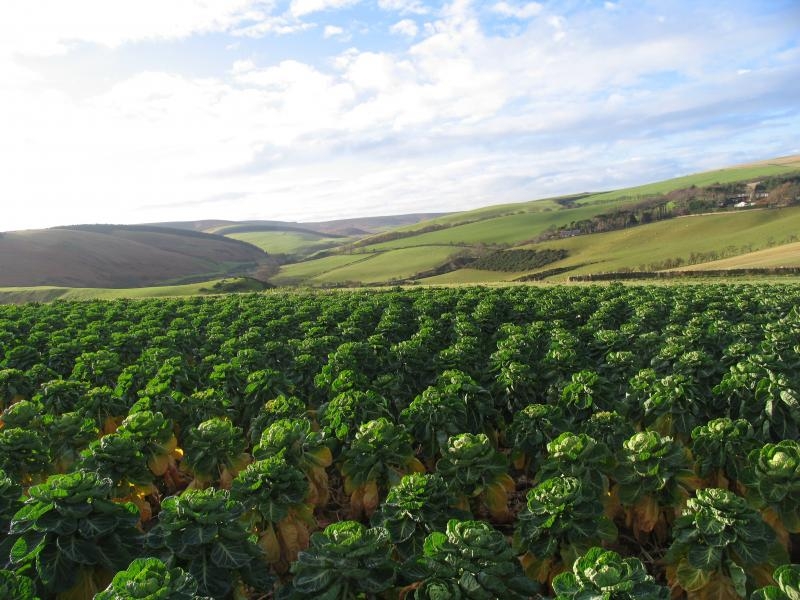 January 2, 2018 – The science behind the home-pregnancy test is now being trialled to detect the presence of diseases that can devastate fields of vegetable crops, including Brussels sprouts.

Ring spot in Brassicas is a foliar disease, which if not treated can lead to the loss of 30 per cent of crop.

The test, known as a lateral flow device (LFD), picks up the presence of infective spores carried in the air around crops in the field. Used alongside weather data, test results could indicate how likely a disease is to develop, allowing growers to decide if crop protection methods are needed or not.

Further development work is underway, so growers can gain immediate results, without needing to send samples to laboratories for further testing. The project is the result of an industry partnership between growers, AHDB Horticulture, Warwickshire College and Mololgic Ltd.

“When it’s fully developed, this simple low-cost tool, allowing growers to test whether there is a risk of diseases developing on their crops, will help prevent significant financial losses and reduce the need to use conventional methods to protect their crops,” said Cathryn Lambourne, senior scientist with AHDB. “Over the last four years, we’ve been developing the lateral flow device test, demonstrating how simple and effective it is, to give growers the confidence to rely on the results and make appropriate decisions for their business.”

“This could be a big game changer for growers,” added Carl Sharp, an agronomist at the Allium and Brassica Centre. “If we can get kit like this developed to take out with us, within ten minutes of walking into a field, growers will have results which show what they need to do to protect their crops.”

Downy mildew in onions can cause damage of up to 50 per cent of individual crops if severe and, in a particularly bad year, the whole industry could see crop losses of up to 25 per cent. This same disease could wipe out a whole field of salad onion.

“The long period between the disease affecting the crop and the symptoms appearing, which are a characteristic of many of the diseases tested, can lead to devastating diseases becoming established in crops turning them into waste,” said Euam Alexander, field operations manager with Kettle Produce in the UK. “Using these tests will allow us to select the appropriate fungicide and time application as part of our crop management strategy, before the disease renders any of the crops unmarketable.”

In addition to the common pregnancy test, LFDs are used to detect human diseases including colo-rectal cancer, cardiac issues and drug abuse screening.

The LFD tests are also being developed to detect for other plant diseases. The AHDB is funding the University of Worcester to develop lab tests and LFDs to test for oomycete pathogens, which cause diseases like blight and sudden oak death. Primarily testing is focused on root, stem and crown rots caused by Pythium and the Phytophthora species, commonly known as ‘the plant destroyer’, which can affect a range of crops.

Through the same funding, Warwickshire Colleges and Stockbridge Technology Centre are developing and testing two LFDs to test glasshouse air samples for powdery mildew and gummy stem blight, which affect cucumber crops. Canker in apple tree crops is being investigated in a separate research program.